Tyler, The Creator cancels gigs including Reading and Leeds 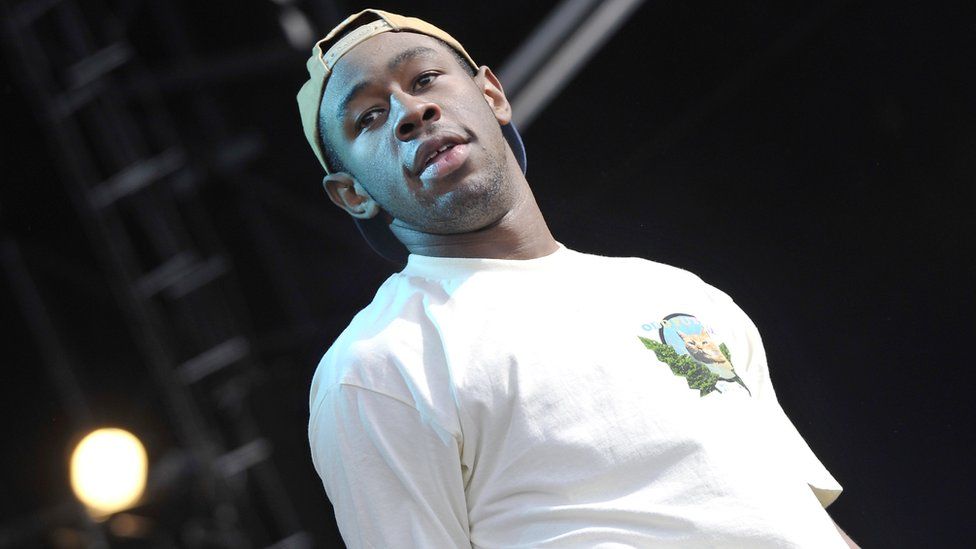 Tyler, The Creator has pulled out of a string of UK and Ireland shows including sets at Reading And Leeds festivals.

The rapper was scheduled to perform in Belfast and Dublin ahead of the festival sets on 29 and 30 August.

However he confirmed on Twitter that all the shows have been cancelled due to "circumstances".

He didn't give any further explanation but added "I'm sorry. I love you, save the horses".

Reading and Leeds festival tweeted that the cancellation was "beyond our control".

It's not yet been made clear if the Belfast or Dublin shows will be rescheduled.

Earlier this month, Tyler, The Creator cancelled an Australian tour following a campaign by the feminist group, Collective Shout, urging the Australian government to not grant him a working visa.

The campaigners said his lyrics "incited" violence against woman.

The Odd Future rapper previously claimed he wasn't allowed to travel to Australia, but the Department of Immigration and Border Protection has not yet denied him a visa.

Tyler recently pitched the idea of a collaboration to former One Direction singer Zayn Malik.

Taking to Twitter, Tyler wrote: "Hi @zaynmalik, I have beautiful instrumentals and you have a voice lets figure this out my guy. Epic album cuts tho no radio singles."

Malik responded to his offer and said: "sounds sick BRO."