Dating apps are increasing rates of STIs, according to the British Association for Sexual Health and HIV.

One of the UK's leading sexual health doctors says "apps have to invest more time in pushing a safe sex message".

"You are able to turn over partners more quickly with a dating app and the quicker you change partners the more likely you are to get infections," Dr Peter Greenhouse has told Newsbeat.

"What really worries me is that we are just at a tipping point for HIV."

Many dating app creators argue they promote safe sex while others show the STI (sexually transmitted infection) status of users.

"If enough people change partners quickly, and they've got other untreated sexually transmitted infections, it might just start an explosion of HIV in the heterosexual population. Apps could do that."

London's Dean Street NHS sexual health centre, which runs one of the UK's only app support clinics, says it's regularly supporting dozens of patients a month.

The latest figures from Public Health England suggest rapid rises in some STIs.

Happn is one of the UK's most popular dating apps. Marie Cosnard, head of trends at the company, doesn't think that apps are the culprits. 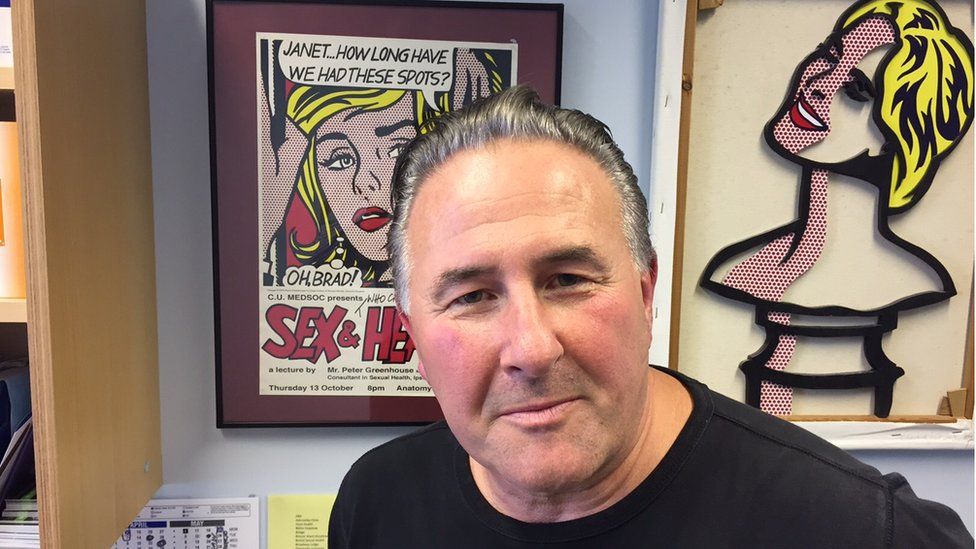 "Dating apps are following wider social trends and changing behaviours that have been unfolding for decades," she says.

"There's a liberalisation of attitudes towards the number of partners, the status of relationships, towards marriage, divorce, etc.

"So the rise of any STI is not really connected to dating apps themselves. The problem is much wider.

"People need to be more educated in terms of sexual health and to take their responsibilities, no matter how and where they've met their partner."

Kenny Mukendi, 19, is a musician from south-east London and says he's not surprised by the claims of links between apps and STIs.

"With dating apps it's real quick and simple," he says. "So you can be doing it however many times a day, with any random person, and not know what they're carrying or what they are hiding.

"If you are going to get an STI you can get it from anybody. You can get an STI from someone you meet in a nightclub, that's more likely to happen.

"If people want to sleep around like that it's not the app's fault." 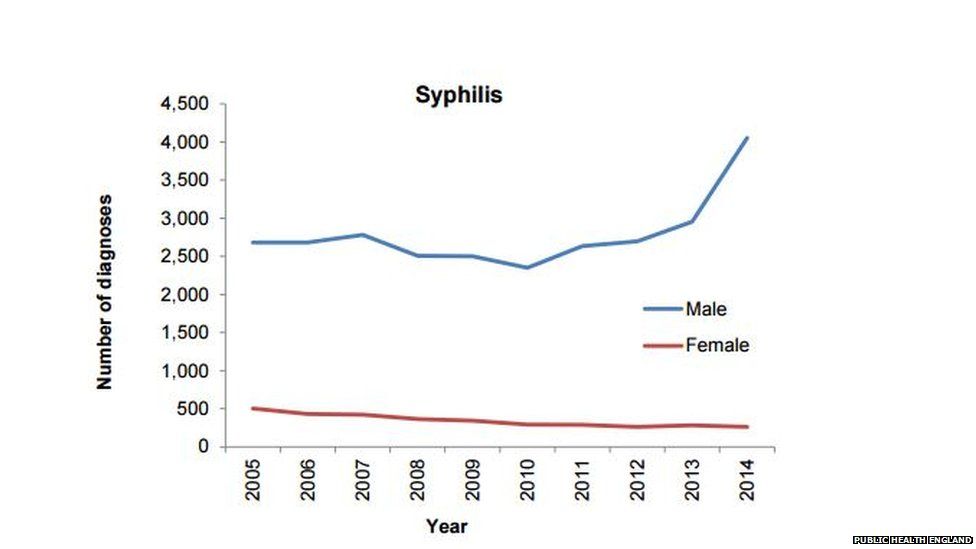 It's difficult to put exact figures on the amount of people who meet through apps in the UK but the Online Dating Association says that between 25% and 40% of new relationships now start that way.

George Kidd, the organisation's chief executive, told Newsbeat: "Our members are dating sites, not sex-encounter businesses, but we should be alert to any particular situations in which health advice is appropriate."

While many people are familiar with Tinder, which began in 2012, and Grindr, which launched in 2009, the app market has exploded in the last few years.

It's thought as many as two new dating apps now launch each week in the UK.

There are specialist apps for threesomes, swingers, religious groups, affairs and even ones that reveal your STI status before you meet.

There are other factors that can affect STI figures and it's widely acknowledged that better and easier testing is providing more accurate results.

For some STIs, people are now more willing to be tested due to same-day tests and less invasive procedures.

The testing procedure for chlamydia has moved from a painful swab of the urethra to a painless urine test. 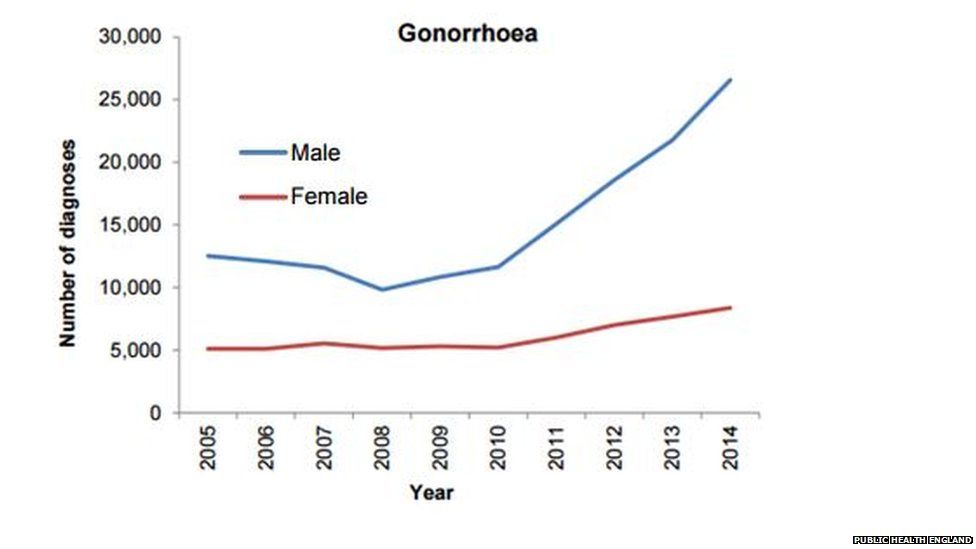 In Scotland diagnoses of genital herpes and gonorrhoea increased significantly in 2014.

Northern Ireland saw similar rises to England with gonorrhoea and there were rises in herpes and warts.

Public Health Wales has also warned of the link between apps and STI rates.

The latest figures show a rise in syphilis outbreaks in Wales.

You find out more advice on STIs on the BBC's Advice pages.