Is a smartwatch for the blind a bad idea? - BBC Newsbeat

Is a smartwatch for the blind a bad idea? 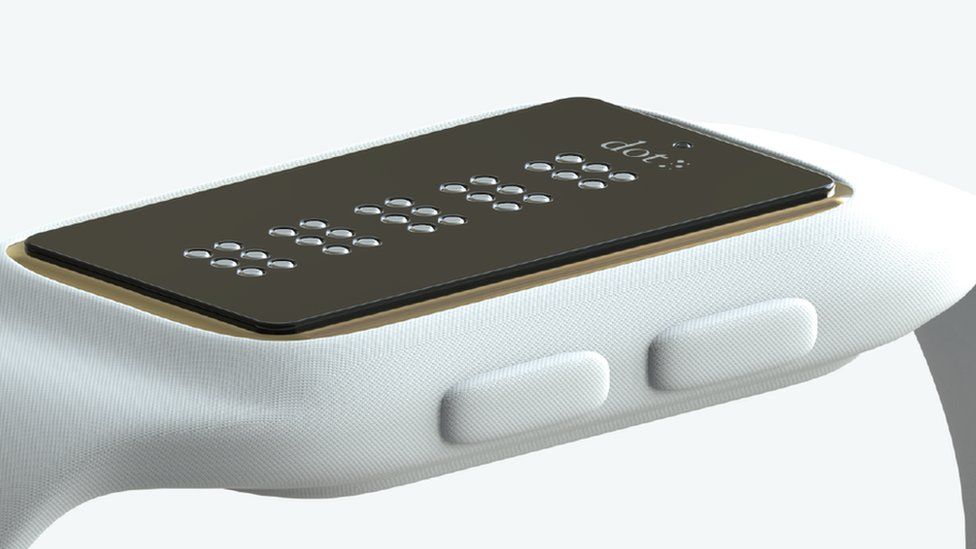 A tech firm in South Korea's making a smartwatch for blind people.

It has a touch display where rising and falling dots spell out words in Braille.

The makers of Dot claim users can hold their fingers over the Braille to read messages, directions and even books.

Some people have questioned how useful it will actually be though. Newsbeat's talked to Emma Tracey, from the BBC Ouch blog, who is visually impaired and a gadget lover. 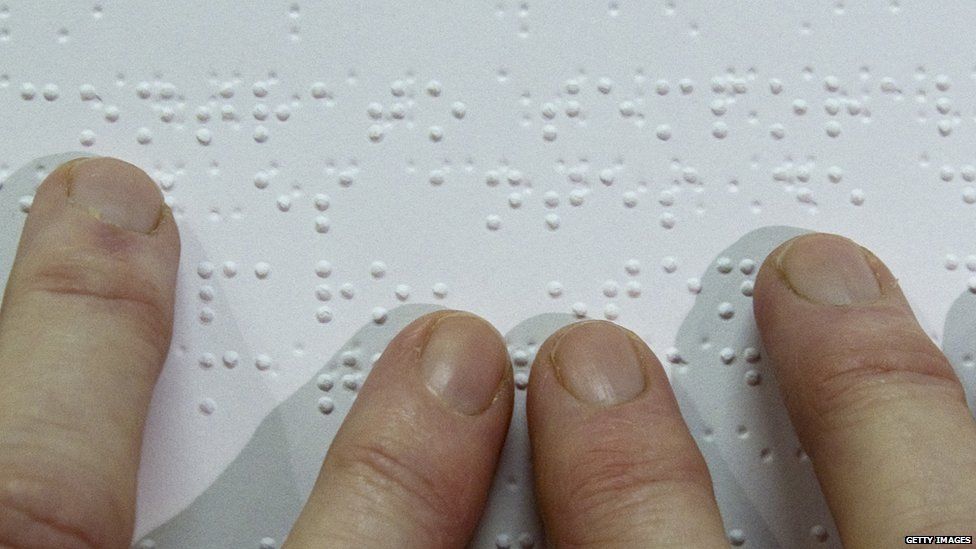 For reading books and long messages

The watch isn't that big - with only four Braille "cells" - which could make reading long passages a pain. Emma explains how it works.

"Each cell is a letter or a small combination of letters," she says. "A combination for 'therefore' would probably be the longest word you could spell without moving it on."

Given that other Braille readers can have 40 or 80 cells, the watch isn't the right device to read a George RR Martin book on.

It probably wouldn't be too easy to read anything longer than a text on the Dot.

The watch can also connect to maps and give you directions.

However, Emma's spotted another problem.

"If you're a Braille user you're likely to be significantly visually impaired, so you'd use a dog or a cane which takes up one hand. 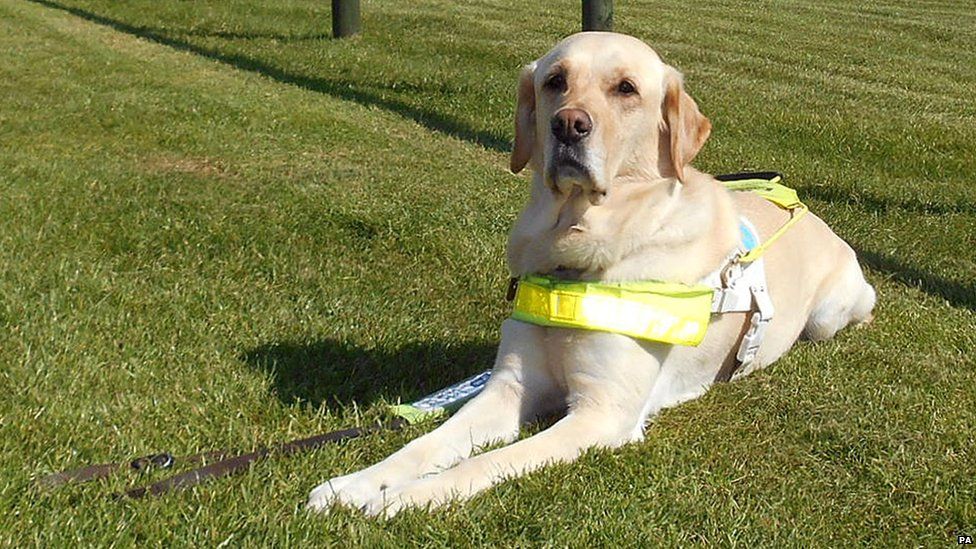 "If you're holding your dog or your cane with one hand you'll struggle to use the watch because you need two free hands, one to read and the other to hold the watch in place."

Not that many people read Braille. A 2012 study suggested that fewer than 1% of visually impaired people in the UK can understand it.

Dot has created an app to help people learn Braille, and Emma thinks the watch's basic design could be perfect for that.

"As it's just a simple four-cell watch, then people could use it to learn the alphabet, and then gradually start using it properly for little things." 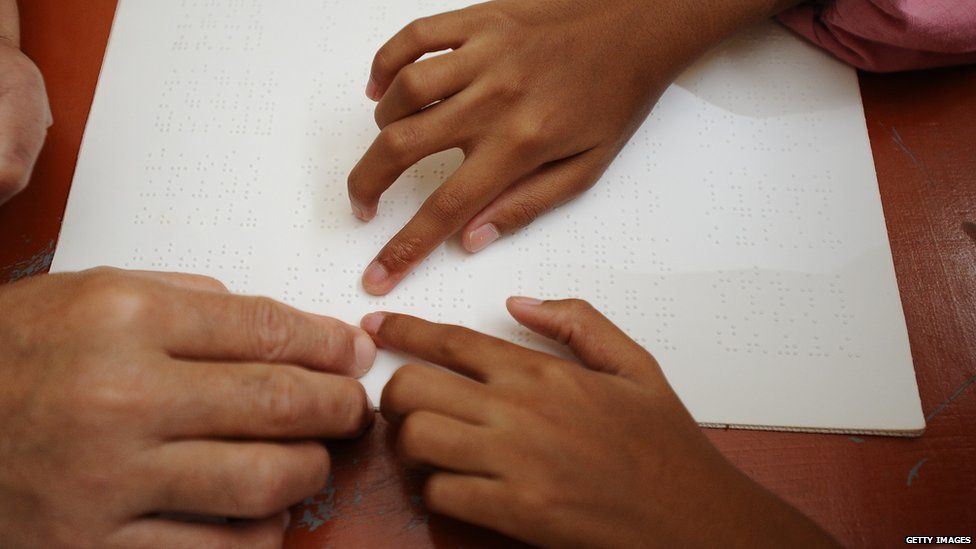 For telling the time

Existing watches for visually impaired people are either ones with hands, which can be difficult to read, or audio ones, which can make you unpopular if you check them in a cinema... or during a funeral.

So Emma thinks the best feature Dot offers is just telling you what time it is.

"The most sensible thing I can see it doing is telling the time. The four panels would be perfect for a digital display." 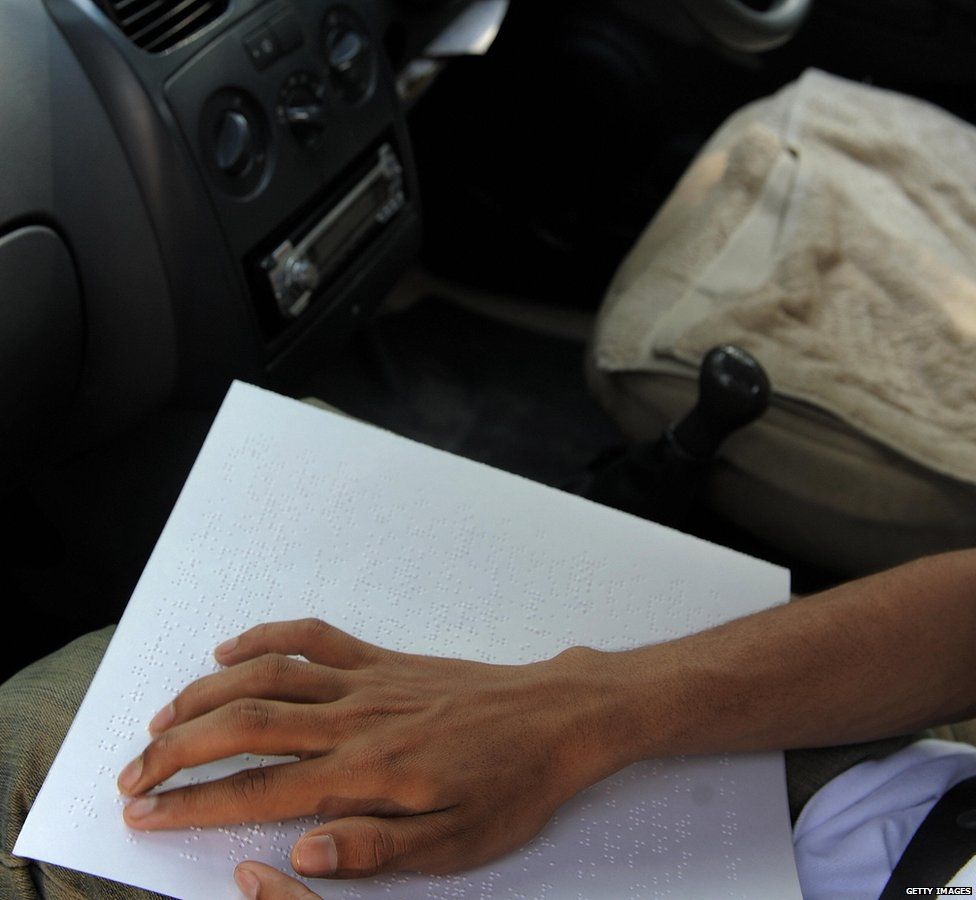 For deaf and blind people

Emma also thinks the watch could be good for people who are deaf and blind because they can't make use of some of the audio devices already available.

"People who are deaf and blind can't use the talking solutions.

"For example, the Apple Watch can be set up for blind people, but if you were deaf and blind you wouldn't be able to take advantage of that, but you would be able to use a Braille watch."

Emma's verdict on the concept

"It's interesting, I'd like to have a look at it. But I think it would be hard to read from it on the go.

"I think you definitely wouldn't use it for books. I think you'd use it for the time, to find out who is calling.

"You would use it for short messages, but you wouldn't use it for email."