RIP Buster: The sniffer dog 'who saved a thousand lives' 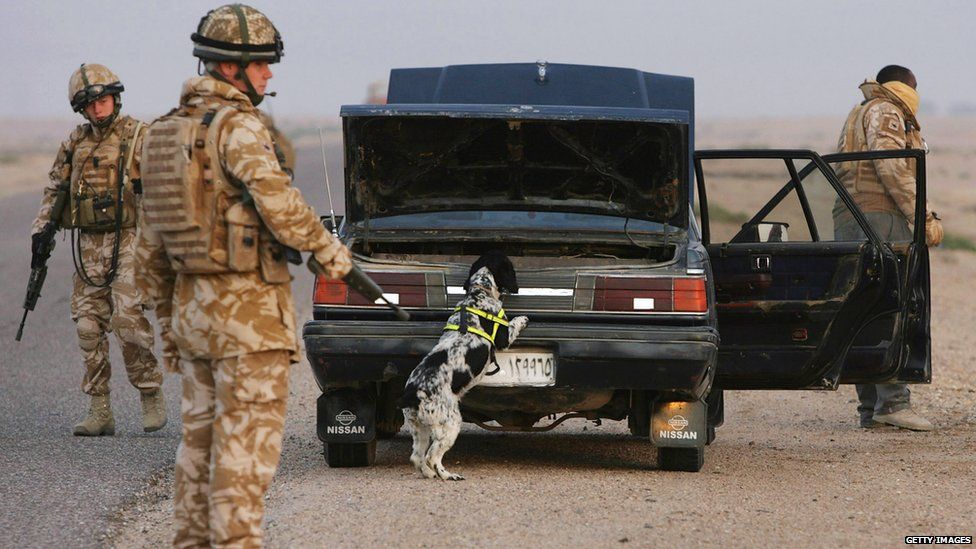 As an Arms and Explosive Search Dog, Buster is said to have saved "a thousand lives" in warzones around the world.

The springer spaniel has passed away at his handler's home in Lincolnshire, says the RAF.

Before retiring to live with Flight Sergeant Will Barrow, the 13-year-old dog had served in Afghanistan, Bosnia and Iraq - sniffing out bombs and booby traps before they could kill British service personnel. 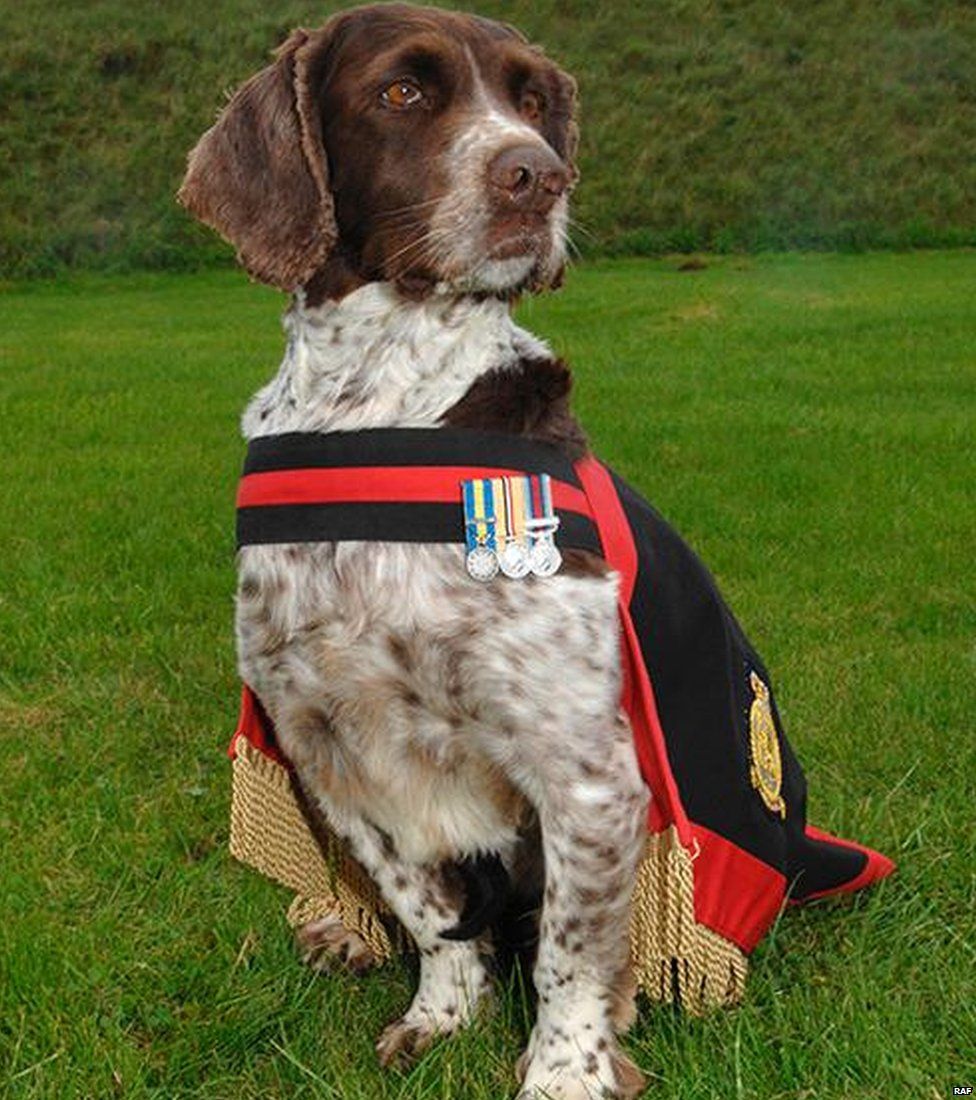 Image caption Buster and his medals

He's said to have completed more tours than any other military dog.

"Many's the time I'd find some of the soldiers on the cot beds with him, just chatting away. They felt they could confide in him and it wouldn't be going anywhere else."

He also made friends with local Afghans when he went out on patrol.

"We soon had a long train of children in tow - like a canine Pied Piper, Buster drew in his crowd and entertained them," says Flt Sgt Barrow. 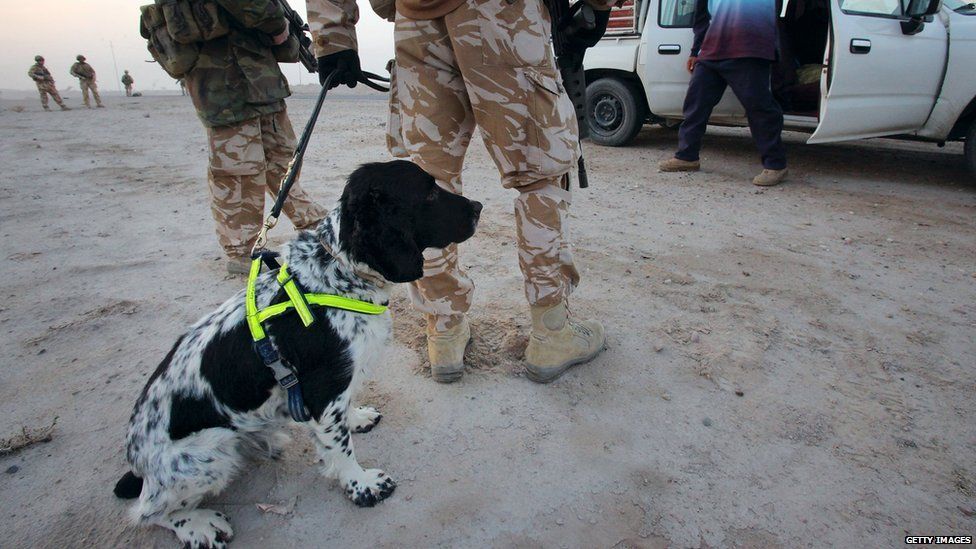 To reward his years of hard work, Buster was given the honour of becoming the official lifetime mascot of the RAF Police.

Towards the end of his life Buster had quite bad arthritis in his legs, and Flt Sgt Barrow thinks the dog might also have suffered the same mental strains as human combat veterans. He suspects Buster could even have had a form of post traumatic stress from all his time spent under enemy fire.

In retirement Buster didn't "like fireworks or thunder, but at the time, he just got on with it, same as all of us".

Many tributes have been paid to Buster on Newsbeat's Facebook page.

But the final word should go to Flt Sgt Barrow.

"He saved my life every day we were together. I owe him so much."