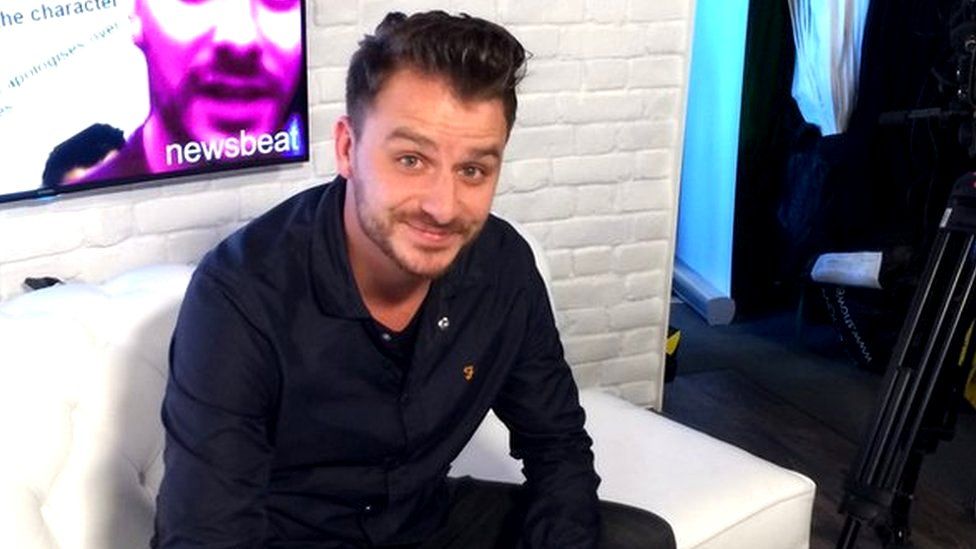 The man behind Dapper Laughs says the constant negative reaction he gets is "harassment".

"It's relentless. It doesn't stop. Yesterday I was trending worldwide for four hours."

Daniel O'Reilly has been speaking to Newsbeat about why he's responded to the online abuse he's been getting this week.

"It was the first time in a long time I thought I'd respond and show everyone how relentless the media are," he says.

"I don't know why they continue to do it. I just wish they'd leave me in peace and let me entertain my fans." 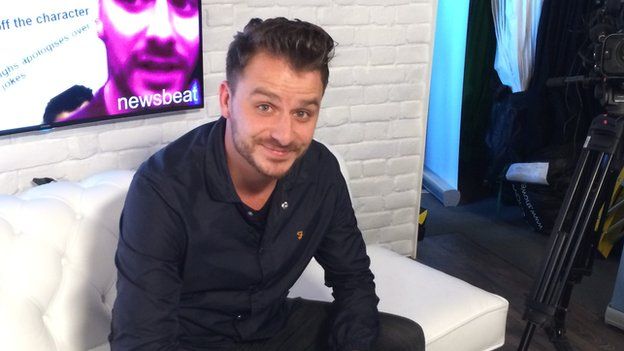 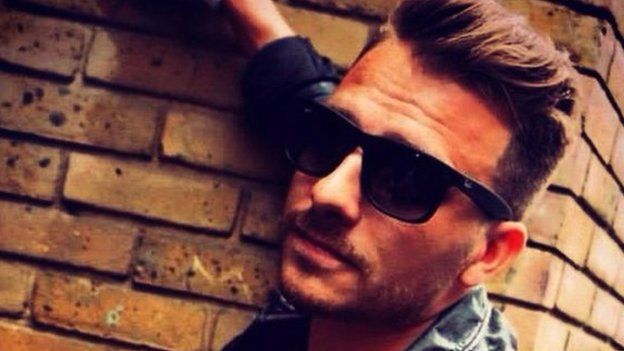 Dapper row: When is a joke not a joke? 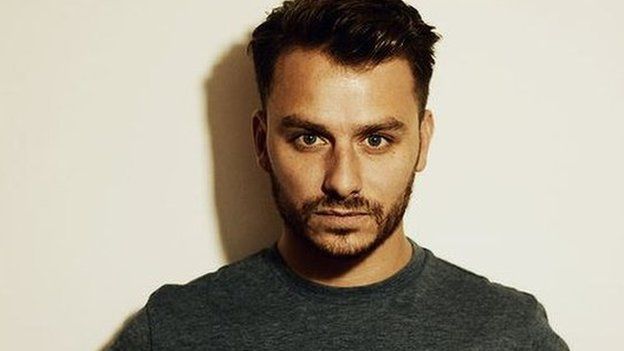 "If that was a joke I would have put lol at the end of it. That was a deadly serious tweet.

"I went through absolute turmoil after losing my TV show and losing my tour.

"To continually be bombarded by the media, I sit there and think 'what can I do to make them stop?'"

He says he's just trying to do what he loves and doesn't promote rape or sexism, as his accusers claim. 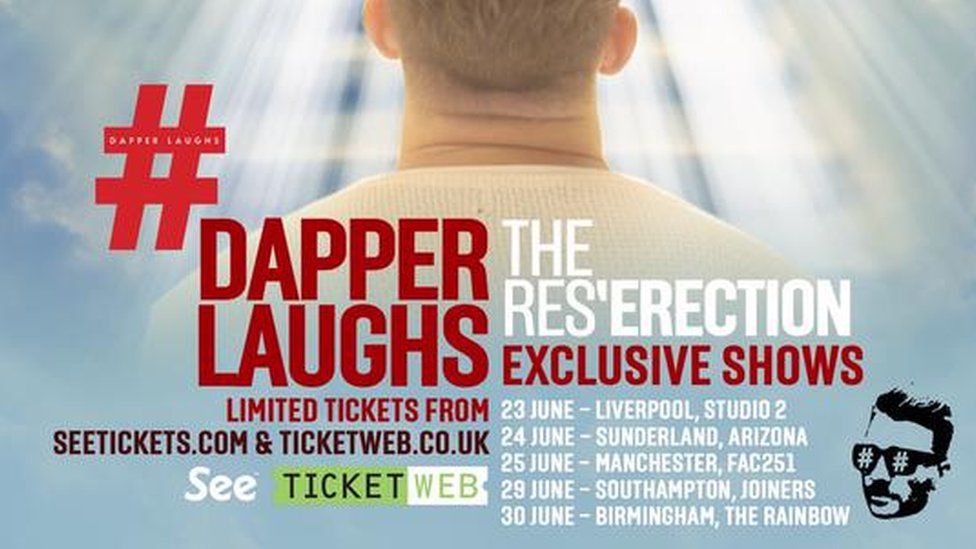 Earlier this week he performed in Liverpool but received negative press from the local newspaper.

The Liverpool Echo says he banned them from attending the show.

"When I went to Liverpool, The Liverpool Echo contacted a feminist group or some feminists in Liverpool. We invited [the Echo] down to review the show.

"I said I'll welcome any press to review my show so we can see that I'm not going on stage and talking about rape, sex or harassment and sexism.

It's horrendous, the ferocity, the aggression and the hate
Daniel O'Reilly, on the media

"An hour before the show they [The Echo] decided to contact the feminists and do an article about how all the feminists in the area completely condemn the gig.

"So, I said, no you're not welcome to come. Why would I let you in when you've already done a completely none impartial article on me and that's what blew up in all the media?"

Newsbeat contacted the Echo about Dapper's claims. They "noted what he says" but have "nothing to say" on the matter.

Daniel says: "If you come to my stand-up comedy show or you see my DVD you'll see the stuff I'm talking about is not offensive.

"No-one ever complains. I've never had any complaints about stand-up [from the people at the gigs].

"I don't know what point the media will stop online harassment. It's horrendous, the ferocity, the aggression and the hate."

"What would they do if I did kill myself? I wouldn't say it's something I've considered but I do feel like I've been pushed really far," he tells us.

"I don't know what point the media will stop online harassment."

In February, Newsbeat spoke to Daniel about ditching Dapper Laughs at the end of last year.

It was after there were claims he had made rape jokes. He denies those claims and says he was repeating something someone in the audience said.

When asked if he was publicising the negative comments and articles about him by retweeting them, he says: "I probably shouldn't have done that.

"Yesterday, I had enough. I just wanted to show people what I'm dealing with."

He says people were replying to his suicide tweet encouraging him to take his own life.

"It disgusts me. These people think they're fighting for a cause but they're even being more abusive.

"I write comedy and create sketches around stupid things. They are literally being abusive on a daily basis and it's hypocritical."