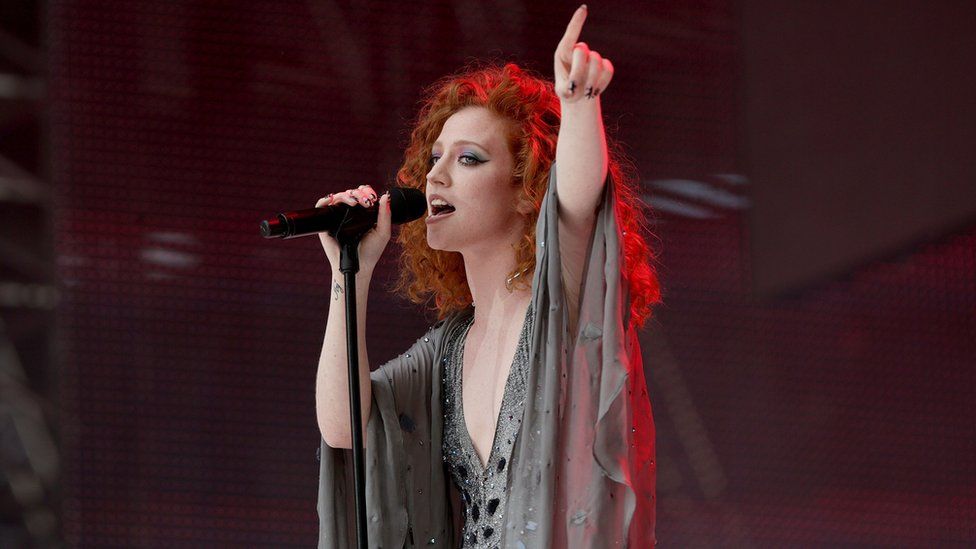 Jess Glynne has revealed she will undergo vocal cord surgery next week.

The singer was forced to pull out of the weekend's Isle of Wight Festival after consulting a doctor.

She tweeted: "I am so so sad to tell you that I'm having to have vocal surgery next week.

"I'm so sorry and it kills me but I have to cancel some forthcoming shows and festivals. I'm a little scared but I will be back singing better than ever very soon! Love hugs and kisses Jess."

Ella Eyre took Jess Glynne's slot at the Isle of Wight Festival after getting her band back from holiday with 24 hours' notice.

Jess Glynne had been due to support John Legend on his UK tour starting at London's O2 on 25 June.

She was also due to play T in the Park in July.

The singer's latest single Hold My Hand made it to number one in the Official Singles Chart in March and her debut album, I Cry When I Laugh, is out in August.

Sam Smith had to pull out half way through his Australian tour in April after suffering haemorrhages on his vocal cords.

He cancelled several more concerts as well as his planned Radio 1 Big Weekend appearance in May.

He phoned the Breakfast Show with Nick Grimshaw last week to say he was relieved that he could speak again following surgery.

Adele also had problems with her vocal cords in 2011.

See the other artists on pop and rock's sick list