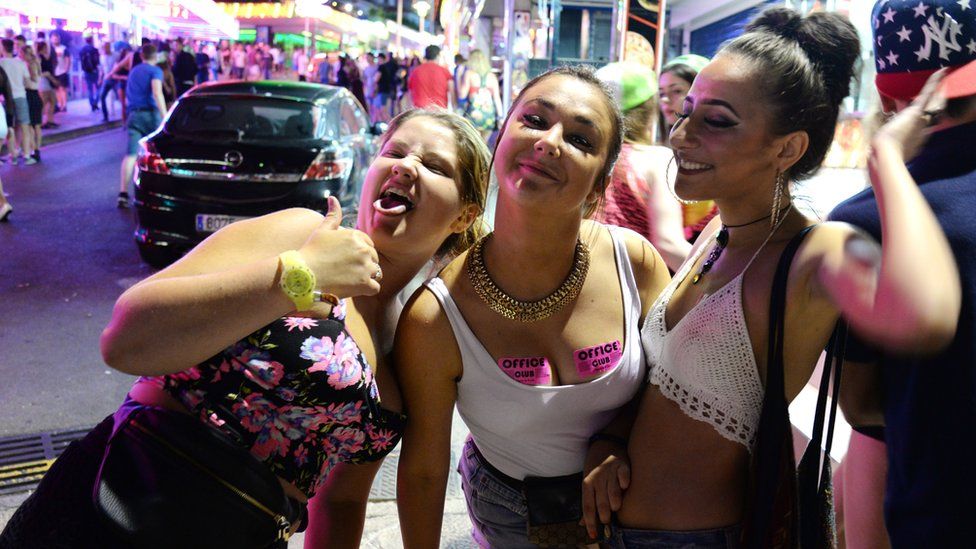 Staff working in Magaluf say they are torn over new laws designed to cut anti-social behaviour and drinking.

They say the town is quieter but they don't know if the rules, which kicked in on 9 June, will have a positive effect on the resort.

Holidaymakers can no longer drink in the street between midnight and 7am.

There is also a ban on nudity and jumping off hotel balconies into swimming pools. 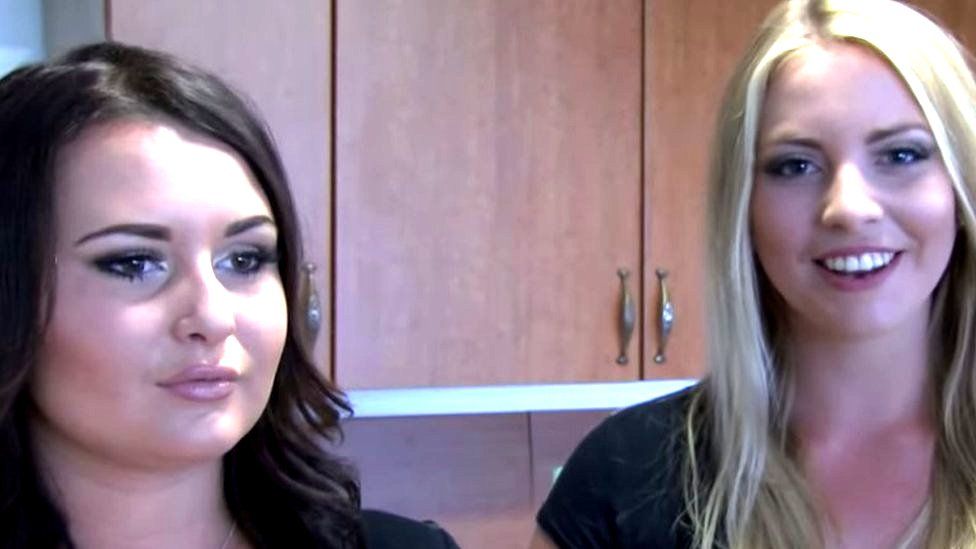 Newsbeat went to Magaluf, on the Spanish island of Majorca, on the first weekend after the new rules in force.

Lots of people we approached about the changes were scared about losing their jobs.

We spoke to a bouncer outside one of the more popular pubs on the main strip. He didn't want to be identified.

However, he did tell us that even though traffic to Magaluf has died down, his job has got busier because he's making sure no-one's breaking the new rules and putting his employers at risk of big fines. 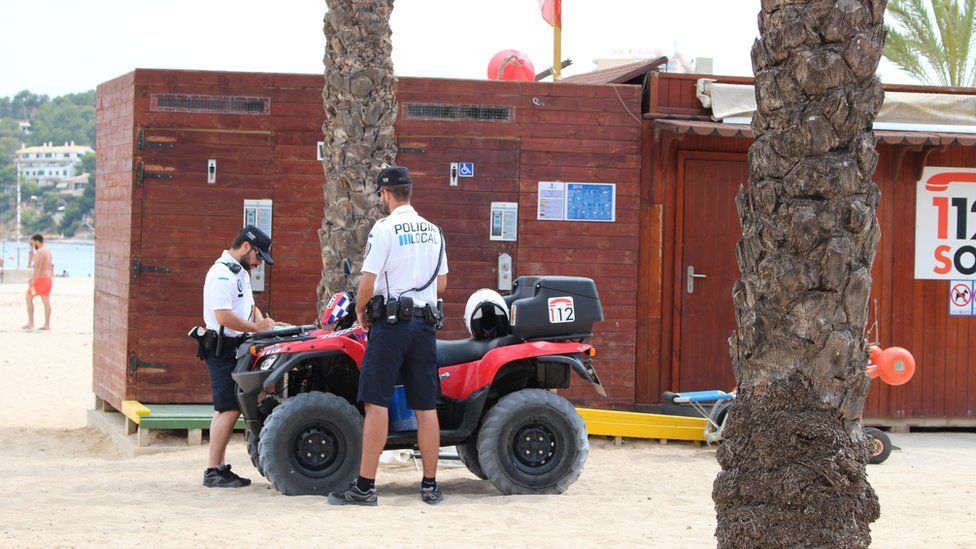 A 22-year-old man from Wales works on the strip and also didn't want to be named.

He told Newsbeat the new laws were having an impact on how people behaved.

"The pubs are getting stricter," he says.

Last month if someone wanted to leave the pub or bar with a drink, it was put in a plastic cup by staff.

"Now you rarely see [people] walking with a cup or a glass or a bottle. You do see it, obviously because we're in Magaluf. But not as much as about a month ago," he explained.

He also described Saturday night as "carnage" and said the laws hadn't changed anything before running off to attract more people into his venues.

Video caption What affect are the new laws having?

"It's absolutely fantastic, the bouncers are not that strict at the moment," said 19-year-old Josh from London, who was on holiday with four of his mates.

"They've improved security, but they're not as strict, you can actually walk out with drinks.

"Compared to the drinks being given out, they don't stop that. The party is still going on. And it's still Magaluf 'Shagluf', that's what they say.

"The party's still the same, everything doesn't change here. I mean, they've improved security by getting bouncers out, but they're just standing there. They are just showpieces to be honest. It doesn't stop us from anything to be fair."

Newsbeat also spent time with reps whose jobs included "making sure everyone is having fun".

Newsbeat spoke to Bonnie Pickering, 20, who works as a party rep in Magaluf and her friend Darcy Lonie, also 20, who is doing the same job. 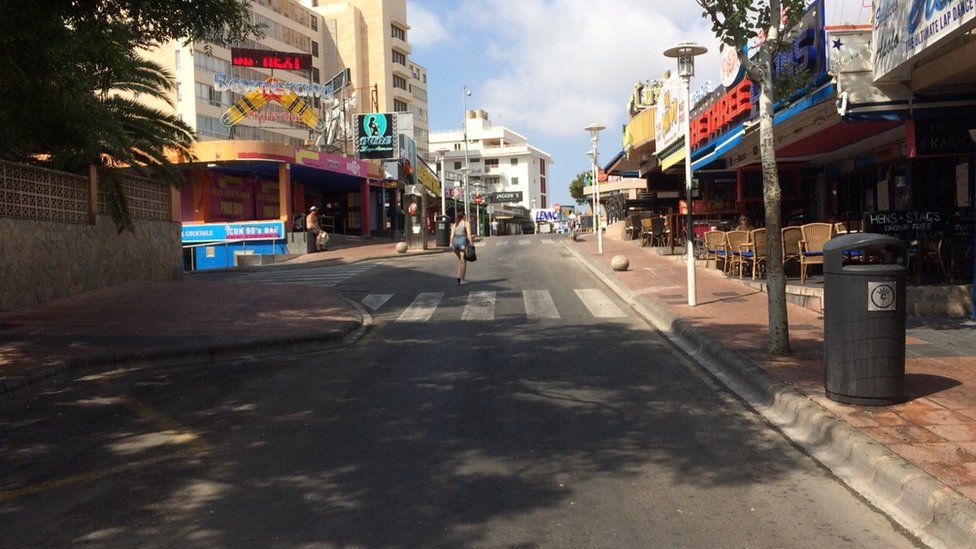 "Next season Magaluf will die down a lot," says Bonnie. "They're just cracking down a lot and people are kind of like, 'Well why? We've just come to party'. It's not a family orientated place really."

"There are a few families," interrupts Darcy. "But when it gets to night-time or daytime, there's drunk people everywhere.

"We've already heard that it's so much quieter than it was last year. So I think it might just keep getting quieter." 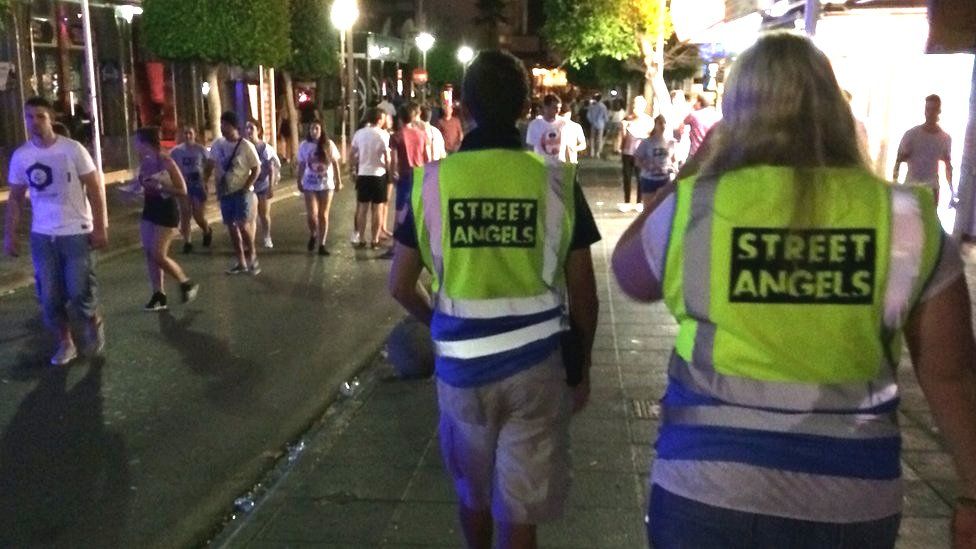 Cameron Springthorpe leads the Street Angels, who are volunteers who walk around the main part of Magaluf and help vulnerable people.

Cameron has teams out every Friday, Saturday and Sunday morning, but says "it's too early to tell" whether or not the laws are having any effect.

"We can't say, because each week is different," he says. "And at the moment we don't have the pattern to know. If you ask me again in a couple of months, hopefully I'll have an answer.

"There's certainly a lot more police around than usual. Police and more Guardia. I can't say, other than that we haven't seen any change."