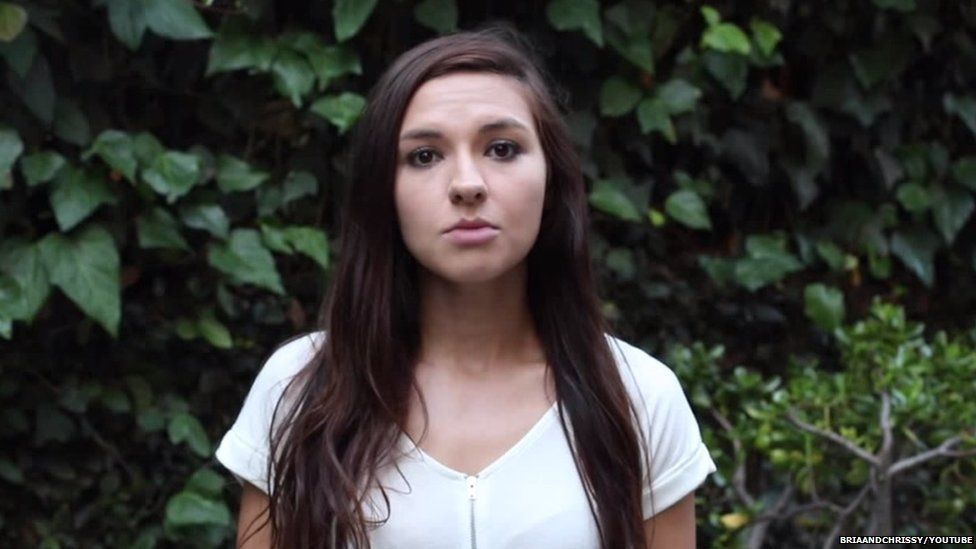 Chrissy Chambers calls it the "most devastating moment" of her entire life.

In 2013, the US YouTube star found sexually explicit videos of herself online, which she alleges were posted by her British ex-partner.

"I was standing in a hallway and I just fell on the ground. I couldn't even hold my own weight because I was just so devastated. Everything crumbled down around me."

"It just the most horrendous pain," she tells Newsbeat from her home in Los Angeles. 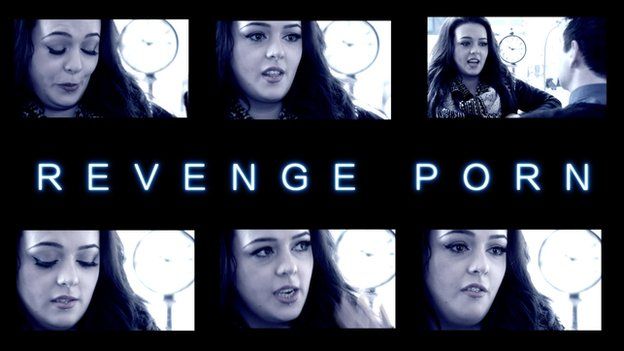 Chrissy is unsure exactly why the content was posted.

"I feel like I'm very kind and I try to be a good person but I think it was just the fact that he'd found such a horrific way to hurt me."

She's now pursuing a civil action against her alleged perpetrator.

They include an apology, monetary damages and for Chrissy to get copyright of the sexually explicit material.

Along with her partner Bria Kam, Chrissy has more than 363,000 subscribers and more than 80 million video views on their joint YouTube channel.

"Someone was sharing [the video] with our teenage demographic saying, 'Well you thought this person was a role model? Look she's a whore and a slut.'"

As a result, she and Bria claim tens of thousands of people unsubscribed.

As well as a civil action, Chrissy and her lawyers are also seeking criminal charges and have lodged a complaint with police.

Other channels can be chased for criminal proceedings. The Malicious Communications Act is one such example.

"I want the UK's laws to be strengthened and I also want there to be retroactive case reopening," says Chrissy.

"I can't get justice when the law is there and that's just so unfair.

"If someone is a victim of violence and it happened five years ago you can still go and pursue that. I think society and the law is not looking at this as serious enough as a crime. I mean it's a hate crime and until people look at it in that light then it's just not going to be where it needs to be.

"I don't think that that aspect of the law is strong enough and it definitely needs to be strengthened and there are a lot of people working to try to get that into place."

According to Chrissy's lawyer, Ann Olivarius, the person alleged to have leaked the videos has "instructed solicitors and we're waiting to hear from them as to what his position is on the matter".

Both Scotland and Northern Ireland are considering similar laws.