The Smiler: What stops a rollercoaster crashing? - BBC Newsbeat

The Smiler: What stops a rollercoaster crashing? 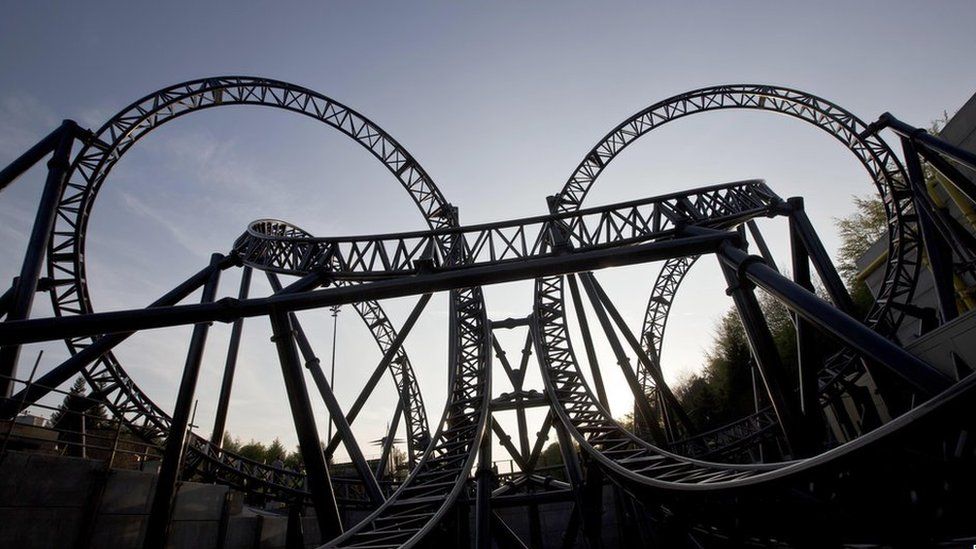 Alton Towers admitted that "technically" The Smiler ride crash "should not have happened".

The theme park has been closed for a day after four people suffered serious injuries in Tuesday's accident.

Another 12 needed medical treatment and an investigation has started into why the carriage hit an empty cart.

"Those two cars should not have been on the same piece of track," said park spokesman Nick Varney.

There are only a handful of rollercoaster accidents worldwide every year. 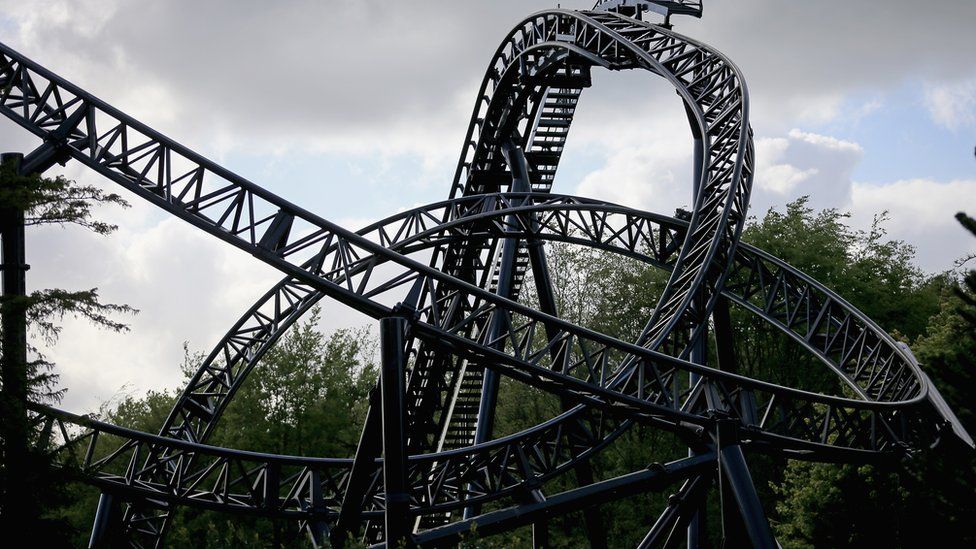 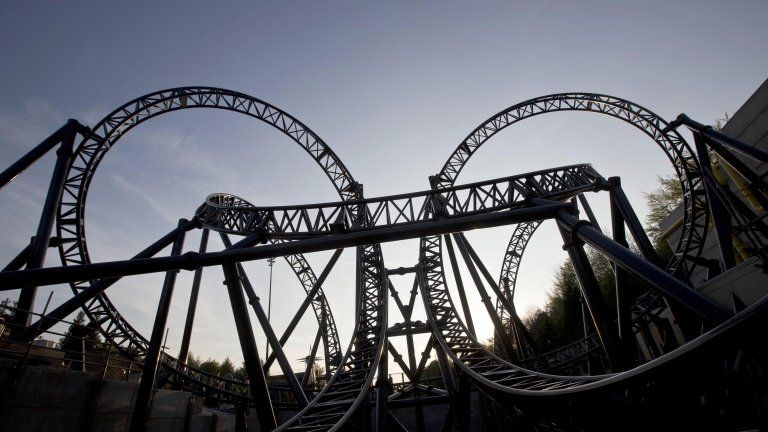 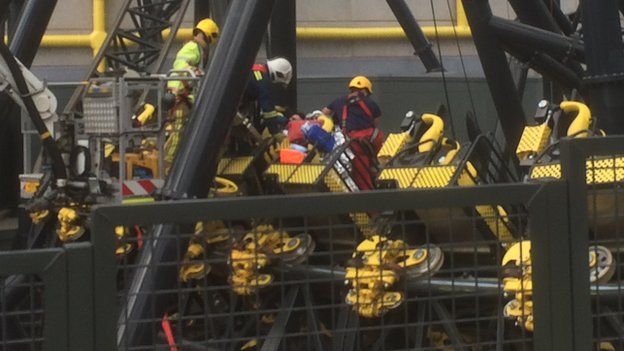 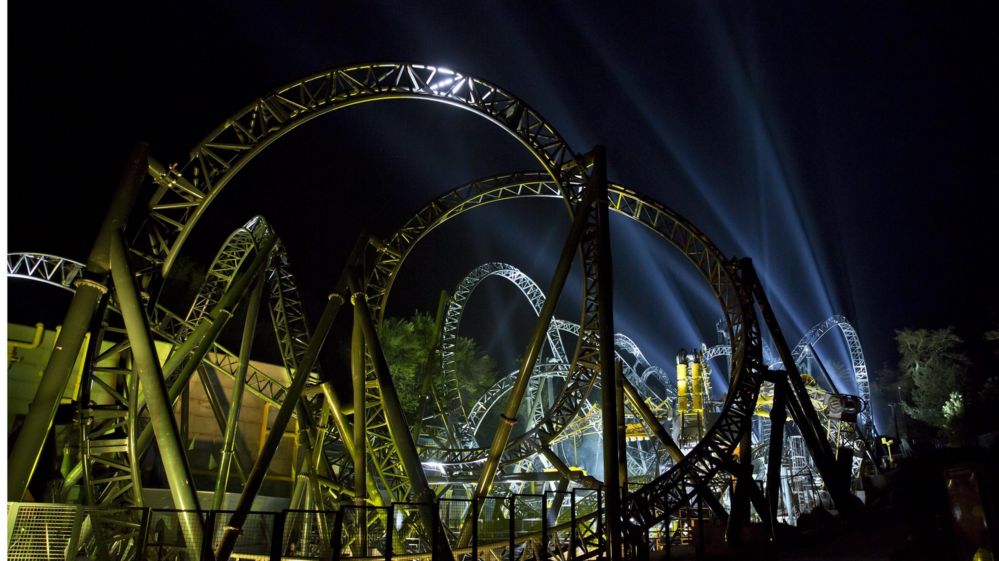 What we know about the Smiler rollercoaster

Alton Towers has a good safety record, so how can a technically advanced £18m rollercoaster crash? We asked Justin Garvanovic from the European Coaster Club.

Are rollercoasters controlled by a person or a computer? 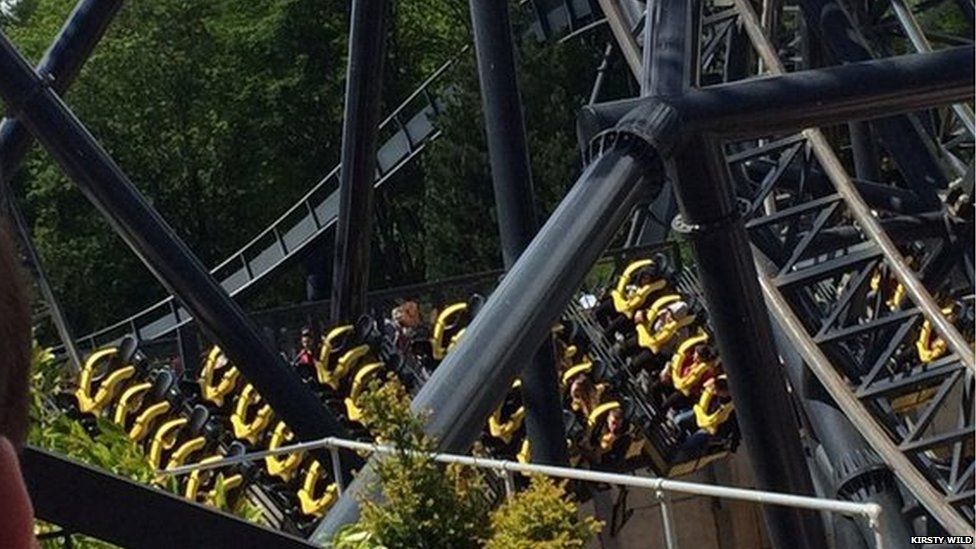 "These days it's pretty much just pressing one button to go and then the computer takes care of everything else," he explains.

"When the train is loaded, it'll check to make sure all the safety bars are down and then the operator will push a button marked 'dispatch'.

"If there's a restraint not properly down it'll tell them which seat needs to be fixed. And only when that's down can they push dispatch and off they go.

"The computer will know if there's anything else out on the track too.

"There are loads of sensors scattered all over the ride looking for problems, mainly checking no-one's fallen on the ride, especially in the station area."

So how could it crash?

"I've never known an accident like this out on the track. It just doesn't happen.

"If the sensors spot something, the ride will automatically stop and that's why sometimes you'll see a train stuck on a lift, maybe once a day for five minutes, until they realise it's probably a bird or something.

"The sensors should absolutely have picked up on that. If the sensors had failed, that should have caused it to stop as well.

Read the facts about The Smiler here

"Sometimes you'll get the odd shunt at the end of a ride when maybe a train's brought in early but that will be a really slow speed - about two miles an hour. It never happens like this.

"It will be very interesting to see the report into what went wrong."

Can staff override the computer?

"On any rollercoaster the biggest button is the red one in the middle marked emergency stop so the staff could override the system if they saw a problem," he says.

"But the emergency stop can only be used in a braking area though because on a lot of sections the system is running on gravity.

"That's what the sensors are for, to make sure that situation never arises because there should never be two trains in the same section. 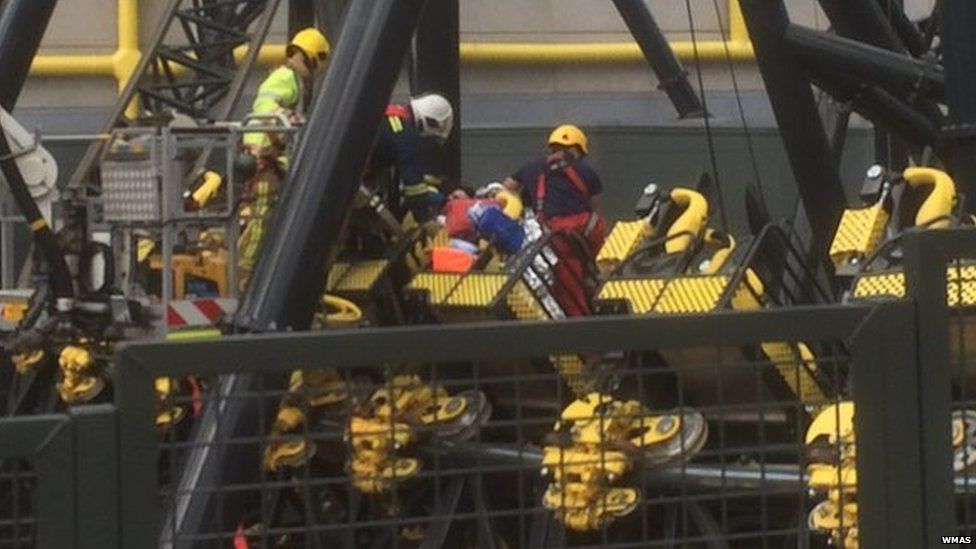 Could this be linked to previous issues with the ride?

"Most of those problems with The Smiler happened in the first year. The ride's been going for three years now though.

"There are always teething problems with new rides at any theme park in the world. That's not unusual, but what's happened here is.

"When the journalists got stuck on The Smiler on the preview ride, the sensors will have picked something up on the track and emergency-stopped the train.

"That's exactly what it should have done. It shows the ride was working safely."