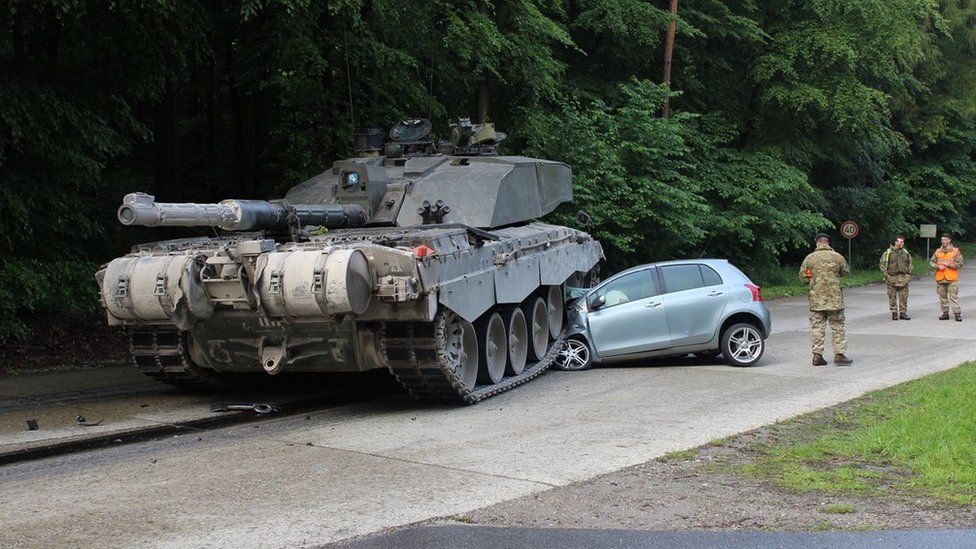 There's a lot to remember when you're a learner driver but a pretty good rule is: don't pull out in front of tanks.

That's what happened to an 18-year-old driving this Toyota Yaris in the Lippe district of Germany on Monday.

According to local police she pulled out in front of a column of British military vehicles travelling on a ring road around the town, often used by British forces stationed nearby to transport tanks and other armoured vehicles.

The driver of the tank, a 24-year-old British serviceman, wasn't able to bring his Challenger 2 tank to a stop in time.

Inevitably, in a battle between 62-tonnes of armour and a one-tonne hatchback, there was only going to be one winner.

Luckily the driver of the car was completely unharmed in the incident, and the tank crew pulled her free.

The tank, not entirely surprisingly - was unscathed. 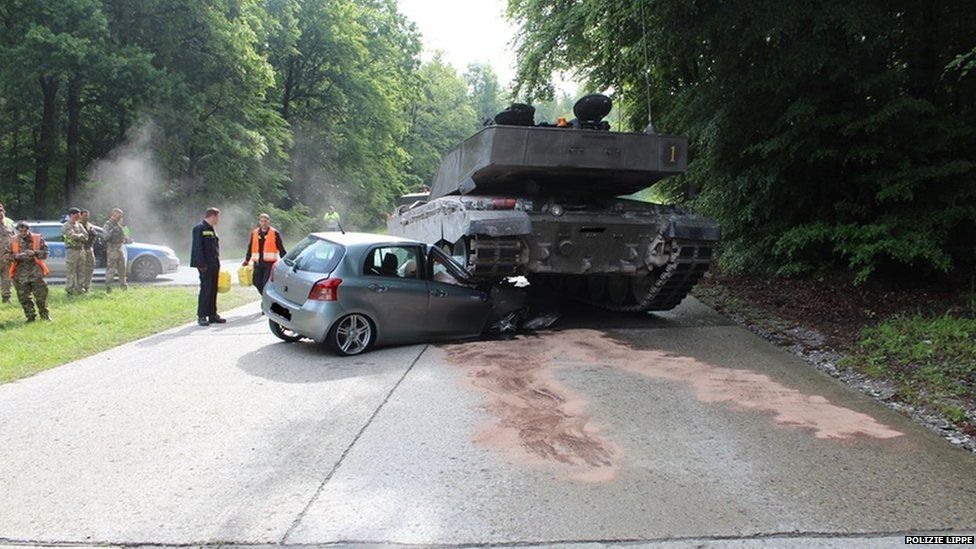 Germany has many foreign military bases and it's common to see armoured vehicles on public roads in the country.

A British army spokesperson told Newsbeat: "Our driving crews go through a very vigorous process before being allowed on the roads and both crews and vehicles are checked regularly.

"It is something we do take very, very seriously, especially with beasts of that size travelling on public roads."

You What? Life Germany