#CharlieCharlieChallenge: Why people are trying to talk to demons - BBC Newsbeat

#CharlieCharlieChallenge: Why people are trying to talk to demons 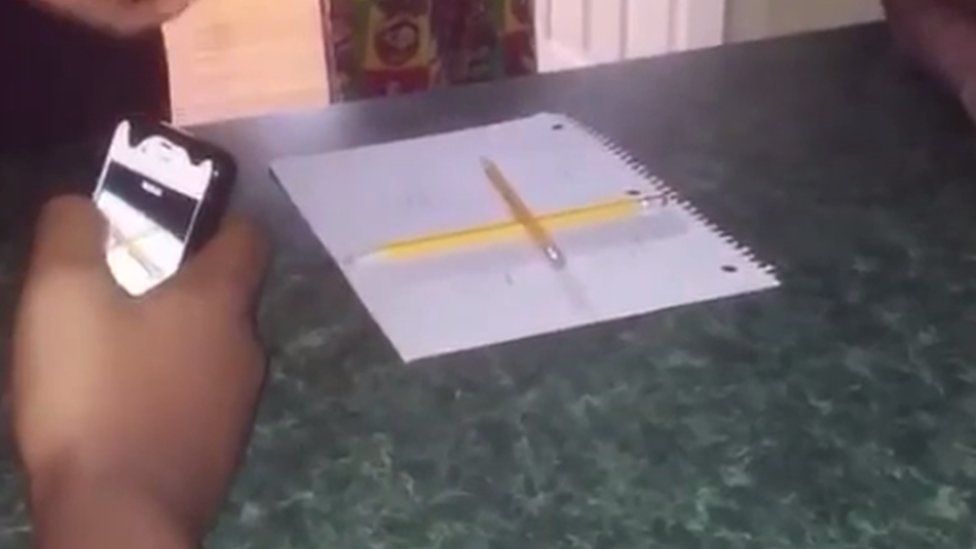 People around the world are trying to summon a "Mexican demon" named Charlie, using pencils and a bit of paper.

Since people started posting their attempts on Vine and Twitter, many more are sharing parody videos making a joke out of the challenge.

The One Direction fandom is using it to find out who from the band they are likely to marry.

Meanwhile Justin Bieber fans want Charlie to tell them when his next album is out.

Religious people, especially in the US, are criticising the game and encouraging people to develop their relationship with God instead.

The #CharlieCharlieChallenge involves putting two pencils on a piece of paper marked with "yes" and "no" and asking Charlie, "Are you there?"

The top pencil is supposed to be spun by Charlie, if he is successfully summoned.

While some people seem to genuinely believe in Charlie's existence, others suggest that the pencil spins because someone in the room is blowing on it.

Others warn that the demon "may seem friendly at first" but he could also have "sinister plans".

Apparently you must also ask to "stop" the summoning politely or you risk "leaving a portal open for demons to come in and out of your house as they please".