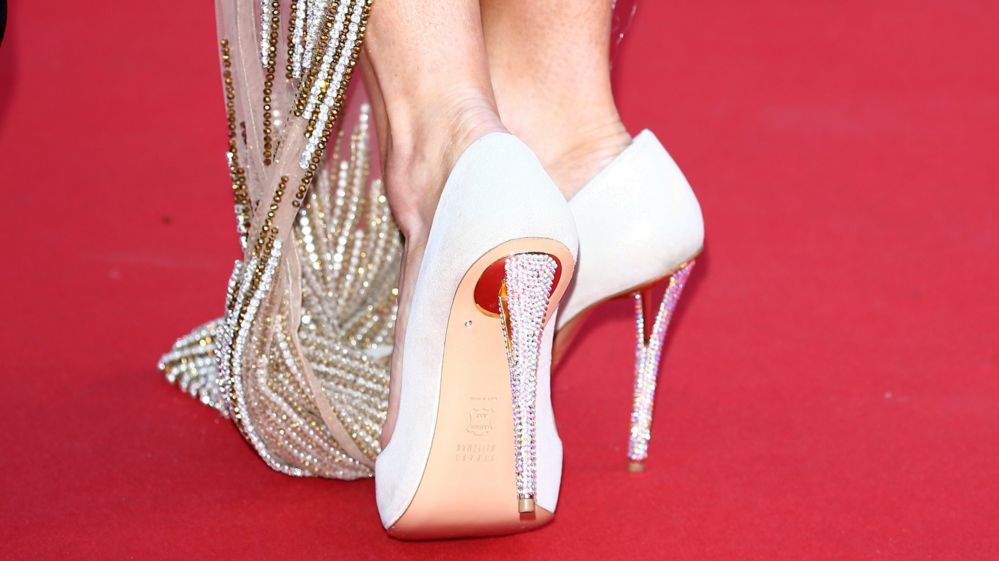 Reports that Cannes Film Festival turned away women from a red carpet event for not wearing high heels have led to an online backlash.

Screen magazine says some women were denied access to a premiere on Sunday for wearing flats.

Christine Aimé from the festival told Newsbeat: "Rules have not changed throughout the years (tuxedo, formal dress for Gala screenings).

"There is no specific mention about the height of the women's heels.

"Thus, in order to make sure that this rule is respected, the Festival's hosts and hostesses were reminded of it."

We have asked her to clarify whether women were asked to leave Sunday's event because they were wearing flats.

Vicci Ho, a former film festival programmer, was turned away from a 7pm screening because she was wearing flats.

However after arguing with four guards for ten minutes, explaining to them that she had ankle issues which meant she could not wear heels, she was allowed in.

She told Newsbeat: "It's been ridiculous this year. Cannes need to catch up with the times. Being fashionable for a woman is no longer about wearing heels. They need to train their guards better.

"I was wearing nice leather shoes, but told that these were street shoes and I needed to change them. I respect the rule and the location but at the same time I was in formal dress." 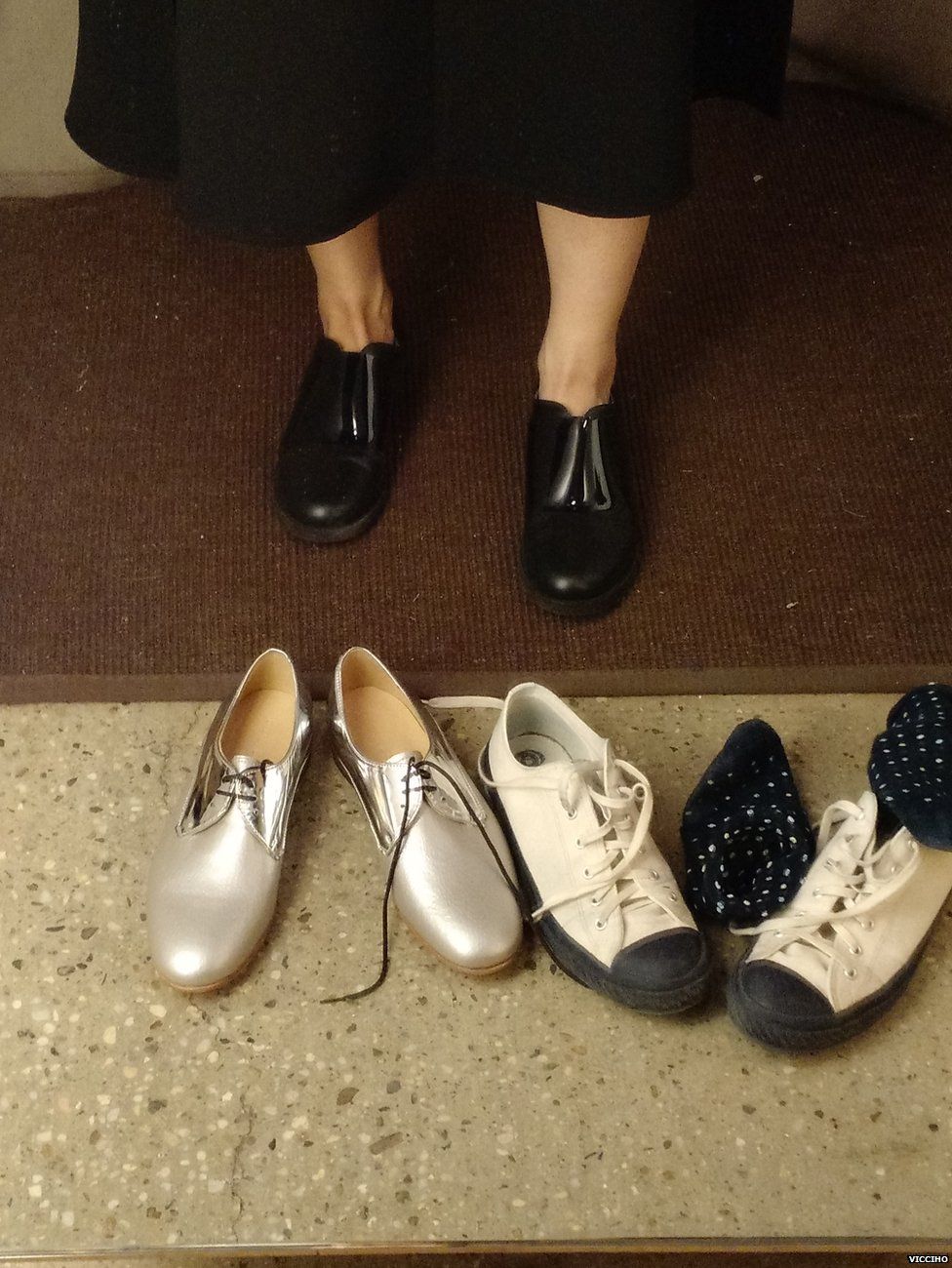 Denis Villeneuve, Benicio del Toro and Josh Brolin have now said they will walk the red carpet in heels in protest.

Emily Blunt who stars in the film said of the allegations: "That's very disappointing. You think there's these new waves of equality."

"Everyone should wear flats to be honest. We shouldn't wear high heels anyway." 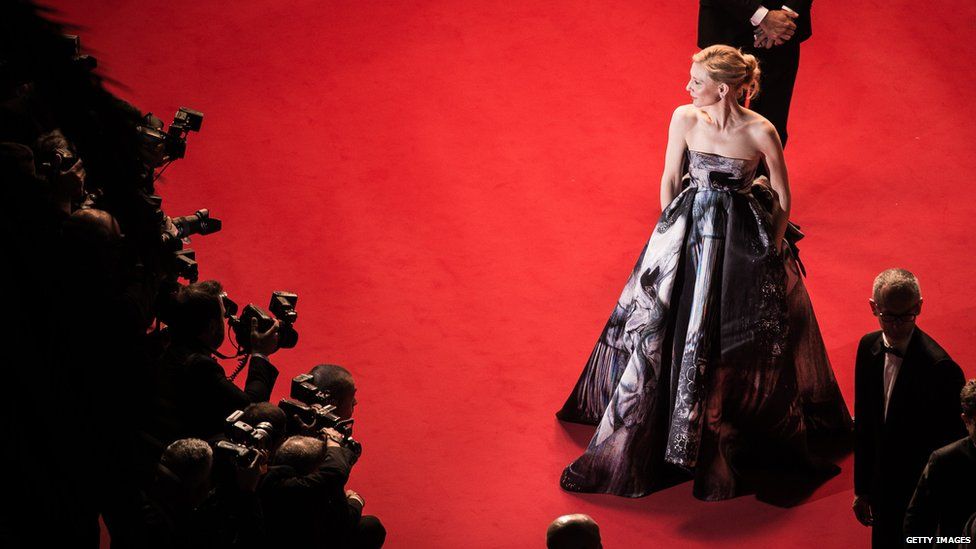 The furore could be an embarrassment for the festival which has been trying to put women's roles in the world of cinema in the spotlight this year.

The event opened with a film directed by a woman for the first time in 28 years, and organisers are hosting a UN conference into equality on the red carpet. 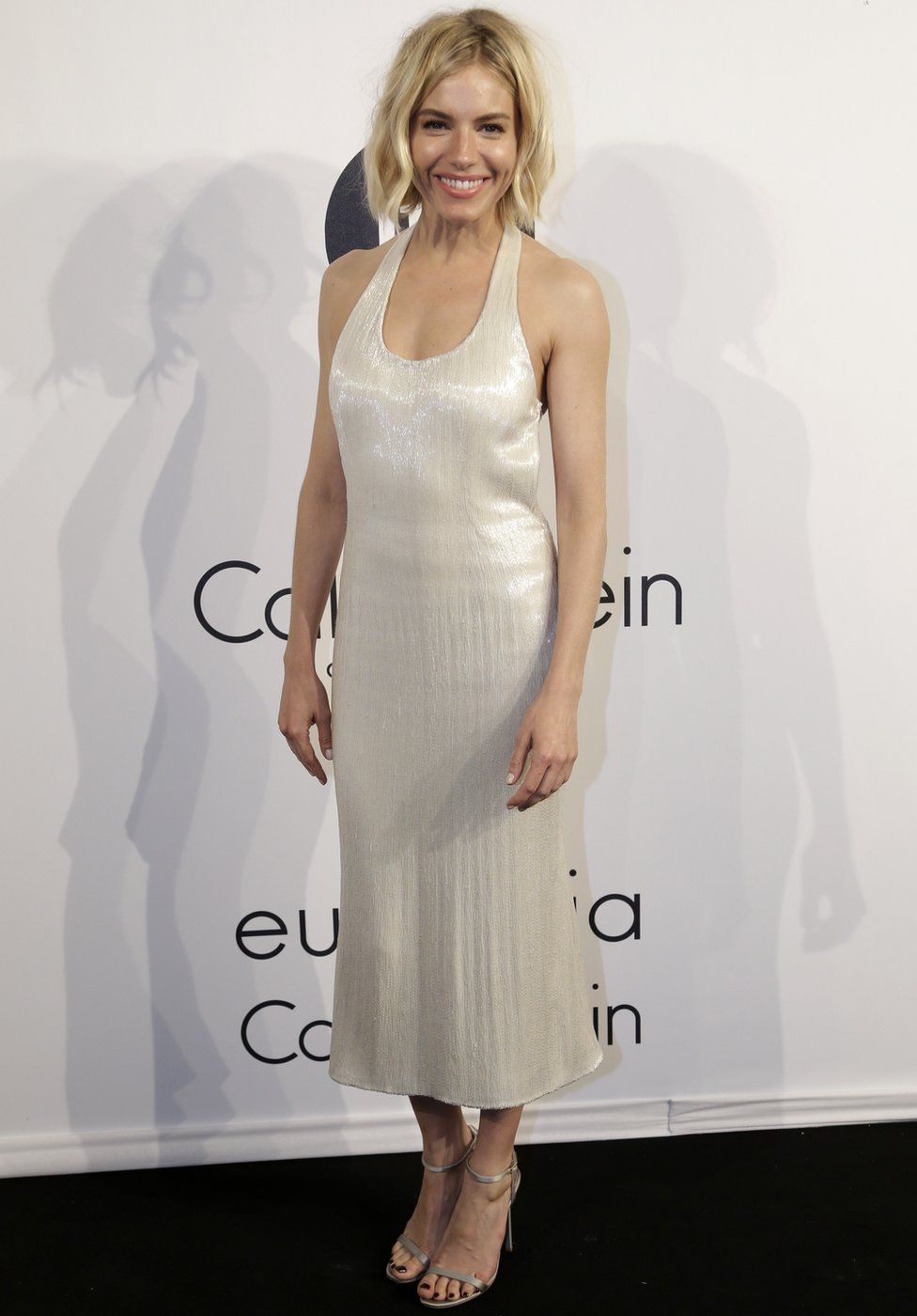 Times journalist Anna Mikha told us she saw a producer turned away from the red carpet until she changed into heels.

And one of the directors for the new Amy Winehouse film Amy, Asif Kapadia, said his wife was turned away for wearing flats, although they were eventually allowed in. 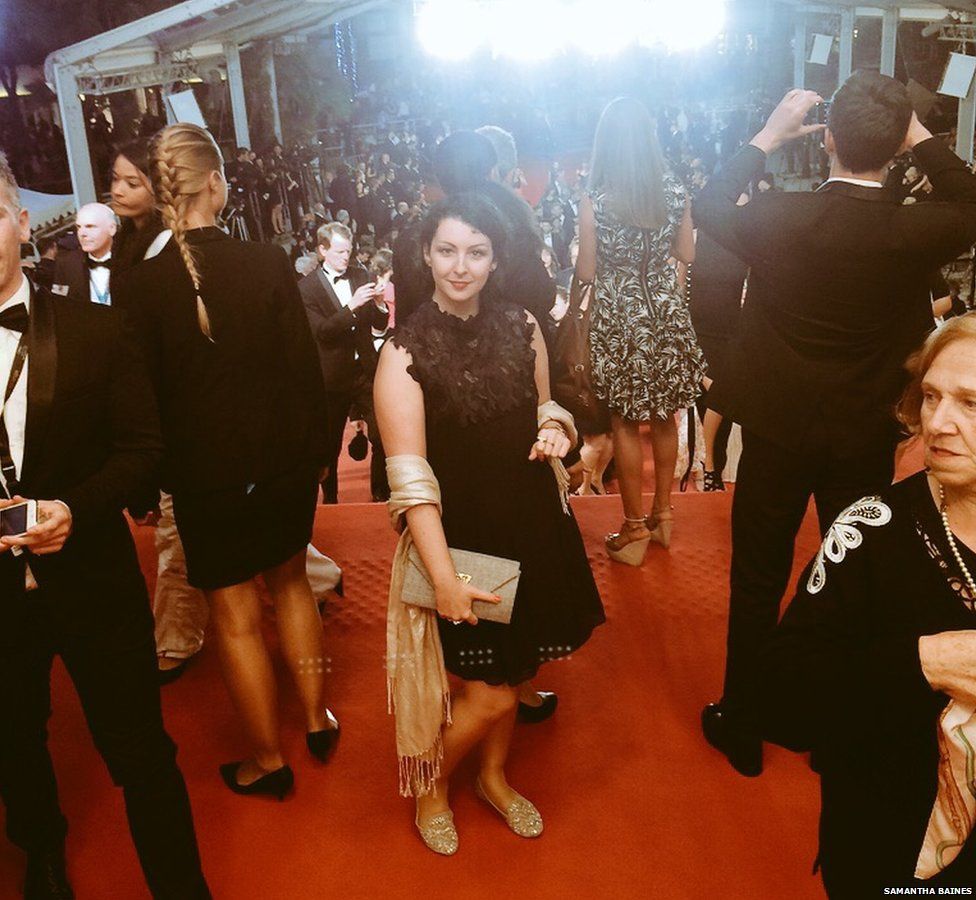 Comedian Samantha Baines told us she packed a pair of rhinestone flats to Cannes after hurting her ankle.

"I'd heard on the grapevine that you were meant to wear high heels," she said. "But the invitation just said 'formal dress' so I thought I'd see how it goes.

"I put on my dress and my red lippy - because it's very important to match the carpet when you're that much closer to it because you're not wearing heels."

Lots of people have taken to Twitter to complain about the rules.

The hashtag #cannesheels is now trending in the UK.