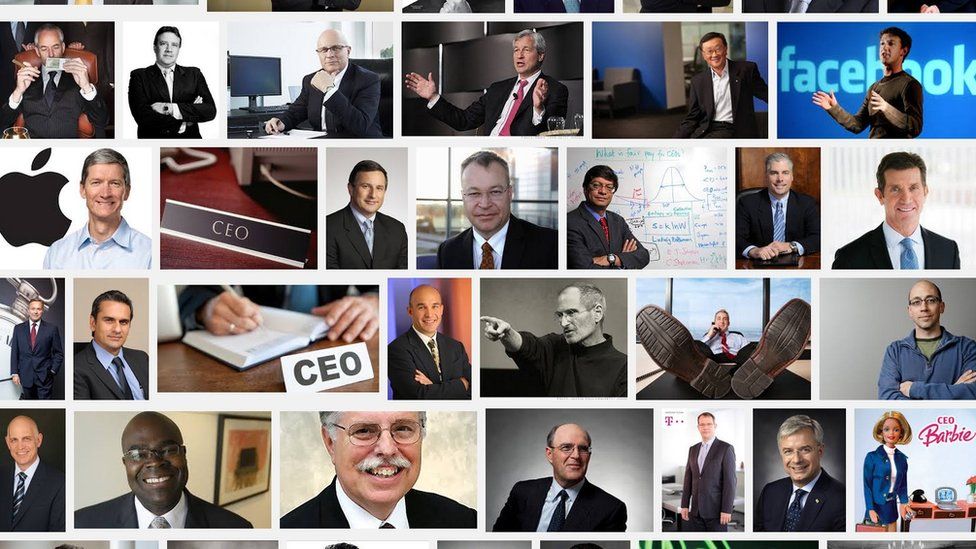 Search the term "CEO" in Google Images and the first picture of woman you get is a picture of Barbie in a suit.

This "gender bias" has become apparent after a paper was published showing that many image searches for specific occupations favour men or women.

The authors of the report say they have found "stereotype exaggeration and systematic underrepresentation of women in search results".

They have also identified the "sexy construction worker problem". 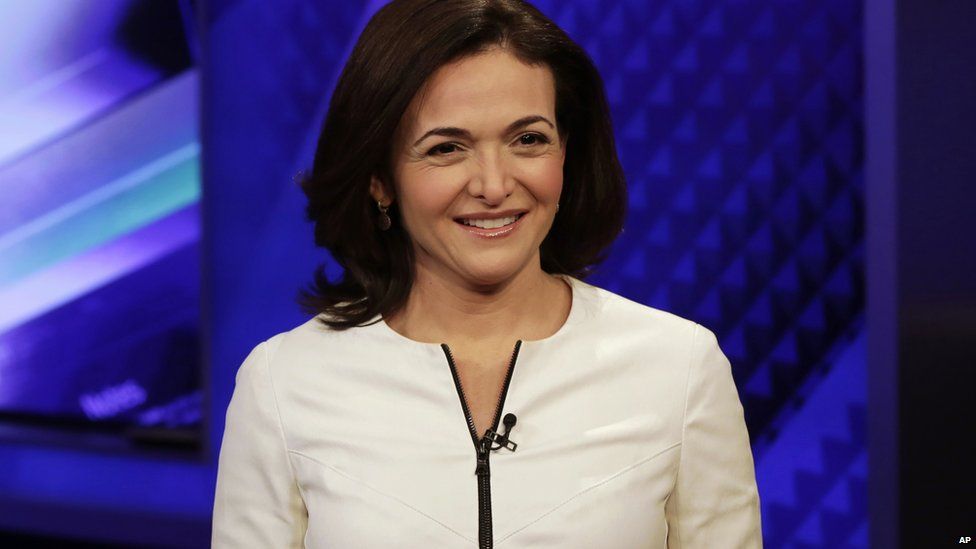 Image caption Sheryl Sandberg, Facebook's CEO, is vocal about the reasons why fewer women are in top jobs

Although the paper focuses on gender representations, the same search also shows that most of the men, and Barbie, are white.

The image of Barbie that appears is actually one from spoof news site The Onion, which jokingly reports on Mattel being criticised for encouraging "young girls to set impractical career goals". 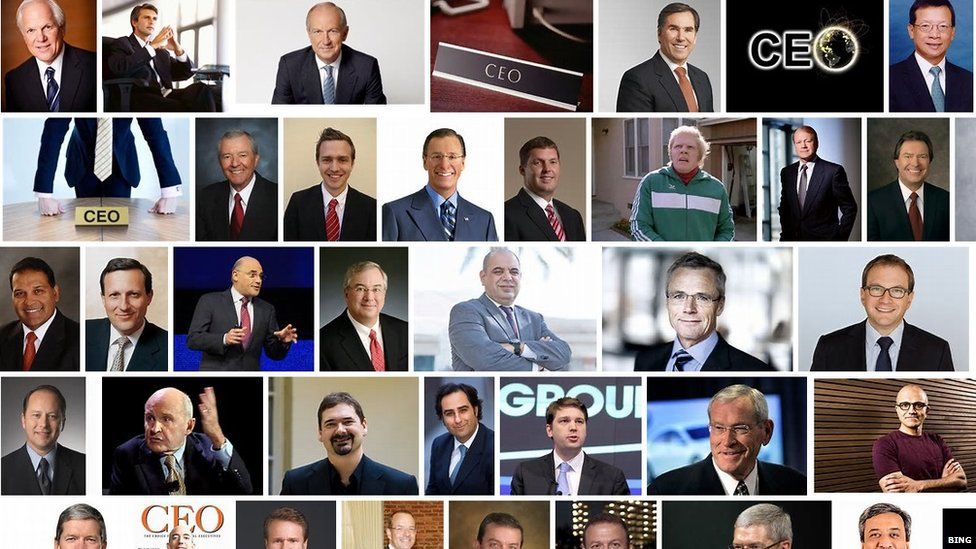 Other search engines, such as Bing, Yahoo and DuckDuckGo also return all-male results on the first page - as first uncovered by The Verge.

The BBC's own picture archive, which is used by journalists across the organisation, can show results in a variety of different orders.

Obviously the priorities for this search a different, with recency being the focus, however in the first 20 pages of results, you also see PepsiCo CEO Indra Nooyi, CEO of the International Culinary Center, Dorothy Cann Hamilton and international leaders such as Angela Merkel.

They claim this fits with how people also perceive results to be better when they match a stereotype they already hold - for example men making for better construction workers.

Although fairer representation may improve the real-world balance of genders in different occupations, the report recommends "balance" when it comes to the algorithms search engines use.

The authors say results which support "socially desirable outcomes" may not accurately represent either the available images, or the "real-world" numbers of men and women in different careers.

Google has declined to comment, while Mattel has yet to respond to Newsbeat's request.