Extreme hunter has 'no regrets' after killing a giraffe - BBC Newsbeat

Extreme hunter has 'no regrets' after killing a giraffe

A picture of extreme hunter Rebecca Francis smiling as she lay next to a dead giraffe has been shared thousands of times after Ricky Gervais tweeted it.

The comedian tweeted: "What must've happened to you in your life to make you want to kill a beautiful animal & then lie next to it smiling?"

Rebecca, who won the reality TV show Extreme Huntress in 2010, has now hit back, saying she has no regrets about killing the giraffe. 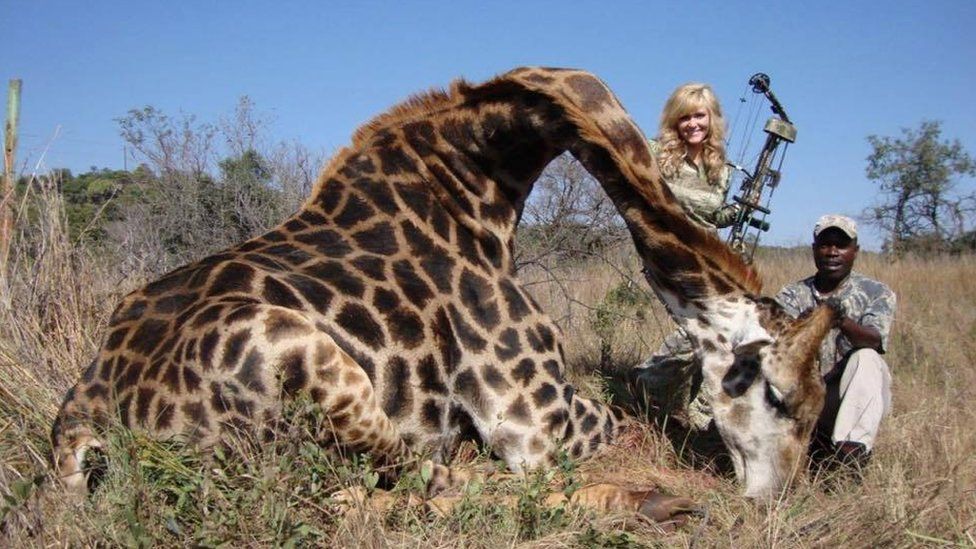 The trophy hunter has told Newsbeat that since the tweet she has received "hundreds of thousands of death threats" against her and her family. 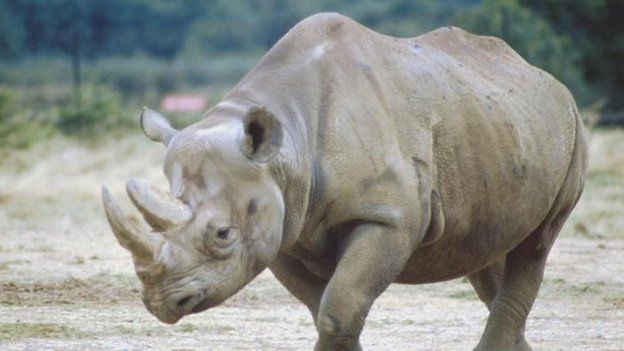 US gives permit to rhino hunter 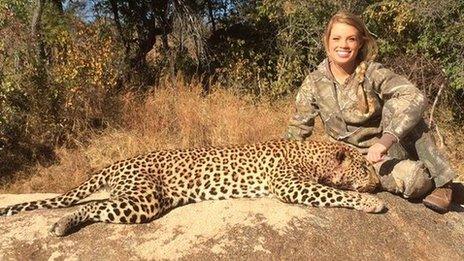 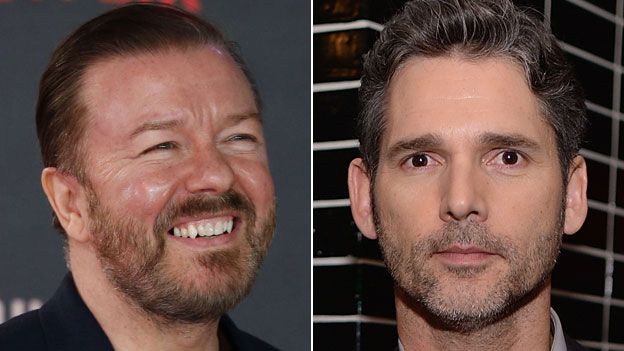 Rebecca explained her reasons for killing the animal to Hunting Life magazine.

"When I was in Africa five years ago I was of the mindset that I would never shoot a giraffe.

"I was approached toward the end of my hunt with a unique circumstance. They showed me this beautiful old bull giraffe that was wandering all alone.

"He had been kicked out of the herd by a younger and stronger bull. He was past his breeding years and very close to death.

"They asked me if I would preserve this giraffe by providing all the locals with food and other means of survival. 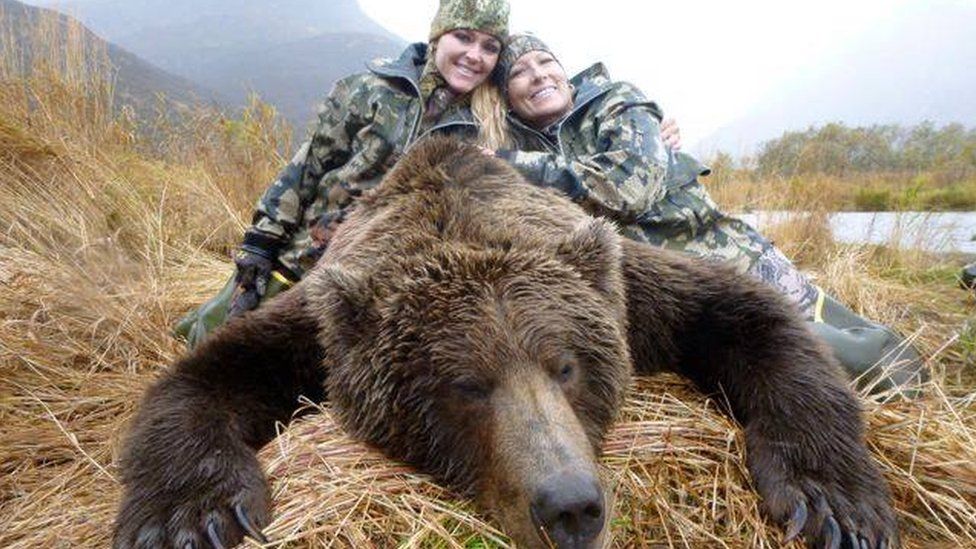 "He was inevitably going to die soon and he could either be wasted or utilized by the local people.

"I chose to honour his life by providing others with his uses and I do not regret it for one second.

"Once he was down there were people waiting to take his meat. They also took his tail to make jewellery, his bones to make other things, and did not waste a single part of him.

"I am grateful to be a part of something so good."

Gervais is a big supporter of animals rights issues and often tweets messages to his followers.

In a tweet on Wednesday he said: "Don't be surprised when people don't care about a cause as much as you do. Don't be deterred either."

Rebecca is a "trophy hunter" and says her aim is to hunt and collect the 'Big Five' - lion, leopard, buffalo, elephant and rhino.

On her blog, she writes: "The thought of taking the African big five has always been on my mind, but only as a 'something I would love to do' thought." 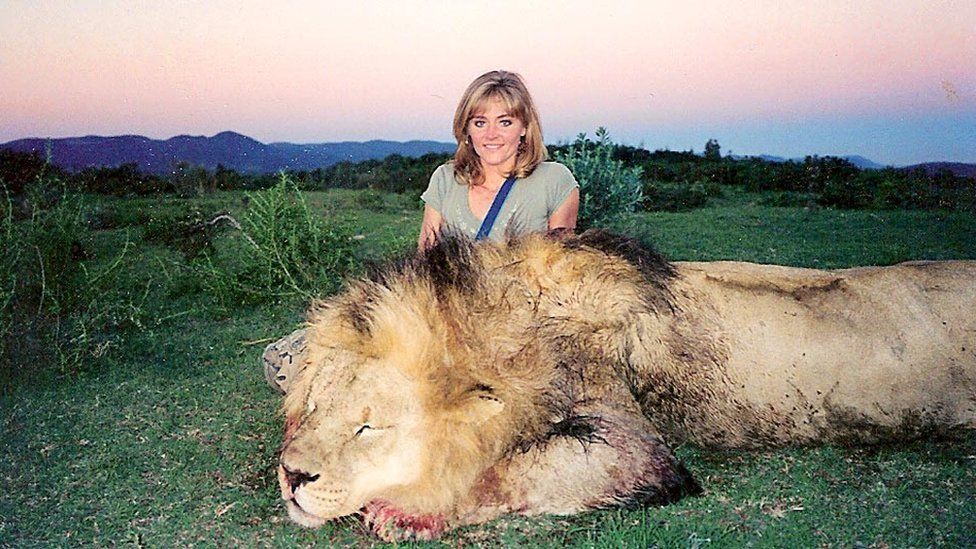 On its Facebook page, Hunting Life magazine posted: "To a hunter every animal they take cleanly and ethically is a trophy and a memory that will last forever."

In South Africa, some tour companies offer hunting safaris, selling them as a sport.

Tourists can pay up to £10,000 to kill a crocodile, giraffe or buffalo.

While this is done for 'fun', animal rights groups strongly oppose it.

Trophy hunting isn't the only threat to the big five because poaching is big business too. A single rhino horn can fetch more than £200,000.