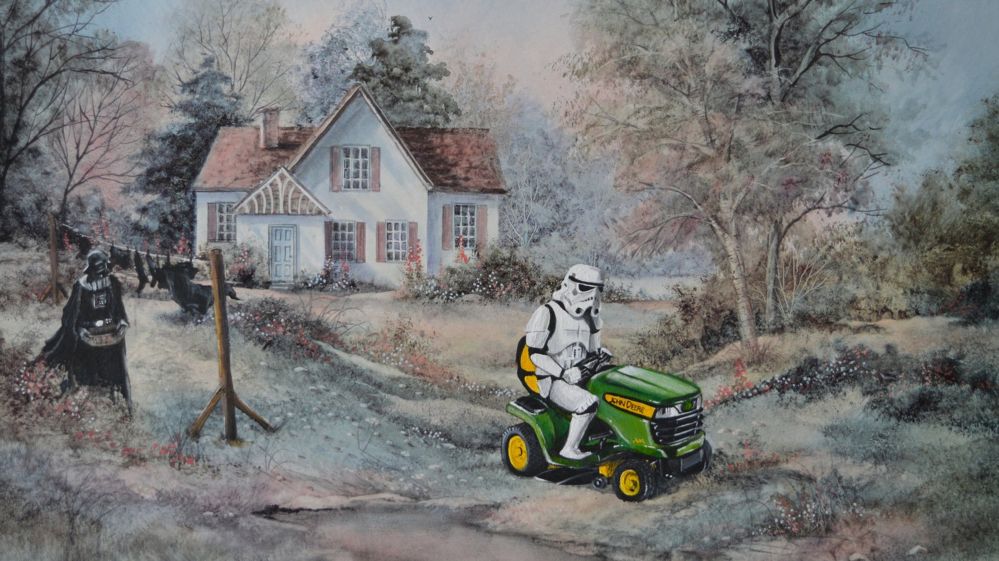 Darth Vader outside a country house and the Stay Puft Marshmallow Man from Ghostbusters visiting Paris.

An artist in Canada is turning old charity shop paintings into new pieces of art by adding in new characters.

David Irvine from just outside Toronto in Canada has just one rule - never paint over the original signature.

"They are usually old and in bad shape so I touch up marks and scratches to bring it back to its original form then I add in my own elements," he says. 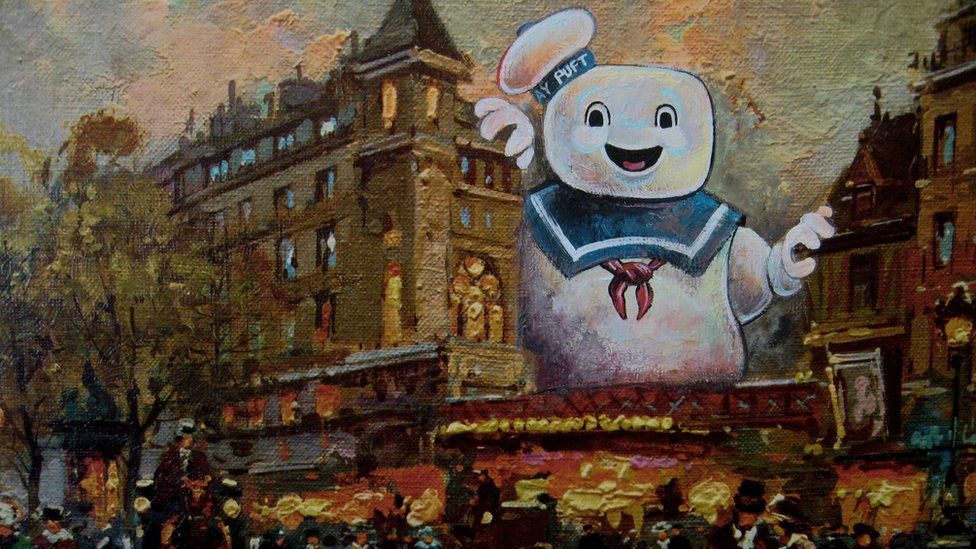 "Generally most are bought at thrift shops, yard sales and even salvaged from the curb. I hate seeing waste and when I see a painting collecting dust on a shelf, I see potential, not garbage." 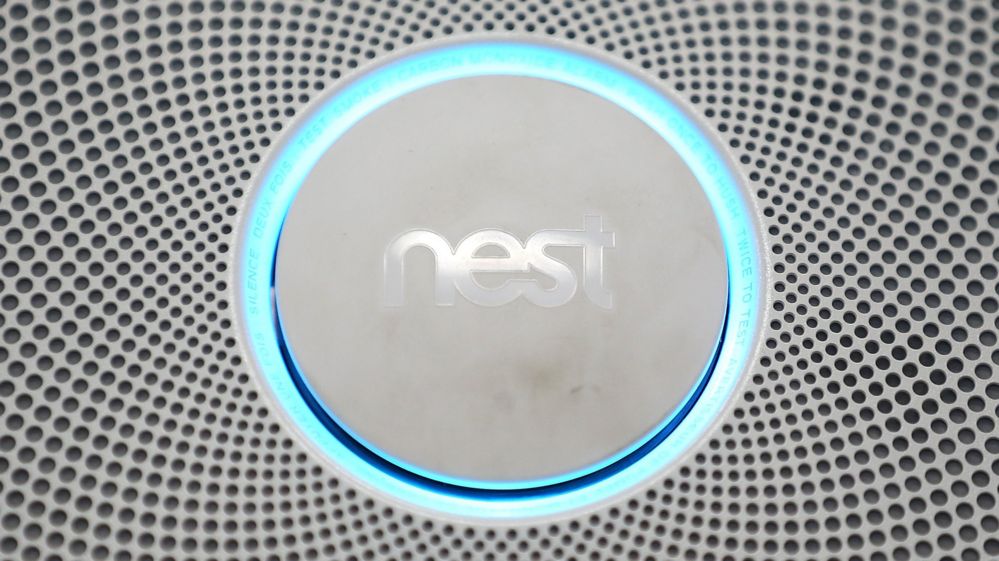 Where next for the 'new' Google? 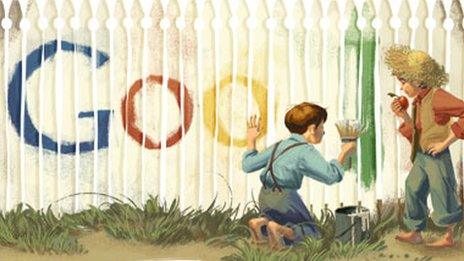 Who's behind Google’s doodles? 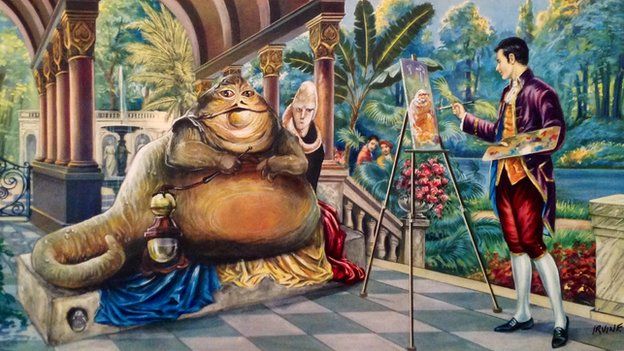 David has been working as an artist for more than 25 years and has told Newsbeat how the idea first occurred to him.

"I came across a painting depicting a beach scene, and for some odd reason I had a vision of grim reapers playing with a beach ball. I painted them in and it sold immediately online. I knew then I was onto something." 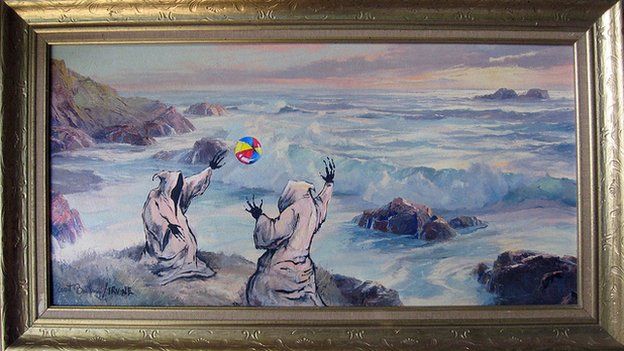 David admits it's not a concept that is entirely new.

"It's a genre of art I didn't come up with-its been around for quite some time," said David.

"But I knew I had to pursue other re-directed paintings and see where this series would take me."

According to his website, The Gnarled Branch, his "Re-Directed Art" has been sold to collectors around the world. 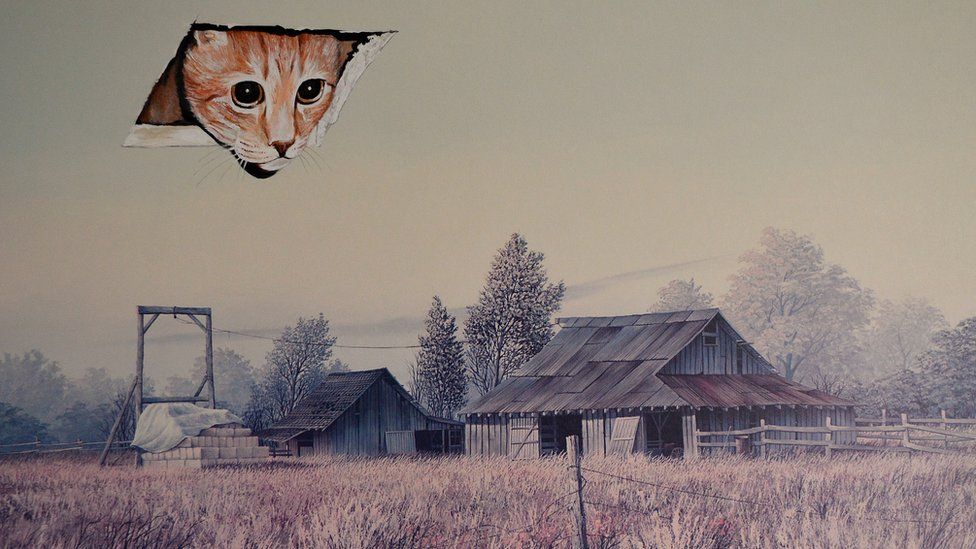 The idea for the name of his website was developed in 2004 when he found "a wooden table that was discarded in the trash".

"[I] repaired it, refinished it and it became a beautiful painted piece of functional art." 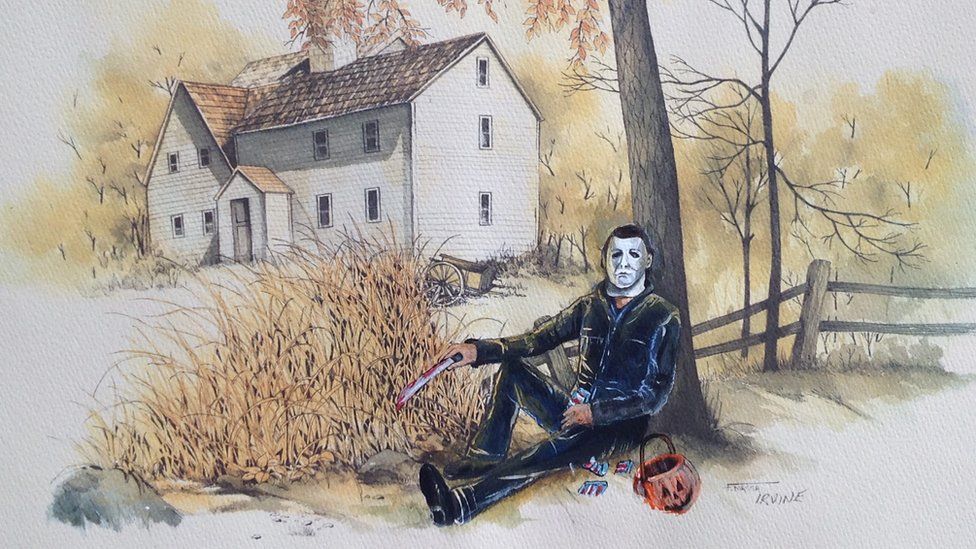 The paintings are so popular he does around 80 a year: "for shows as well as private commissions worldwide."

He's also kept busy with his other work: "I do many other things than just painting on thrift shop pictures, from sculpting to furniture painting."

That includes upcycling old vinyl records, painting over them to create new pieces of art. 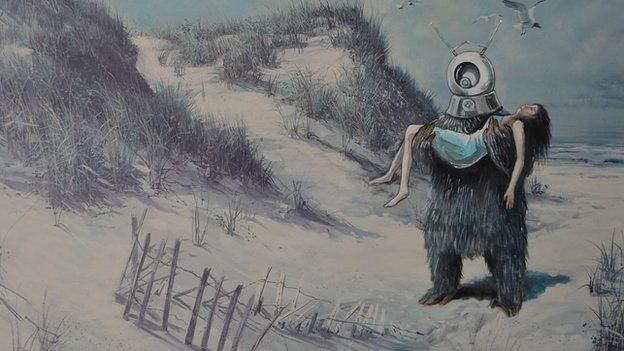 David also produces his own original pictures, as well as painting furniture, boxes, ornaments and badges.