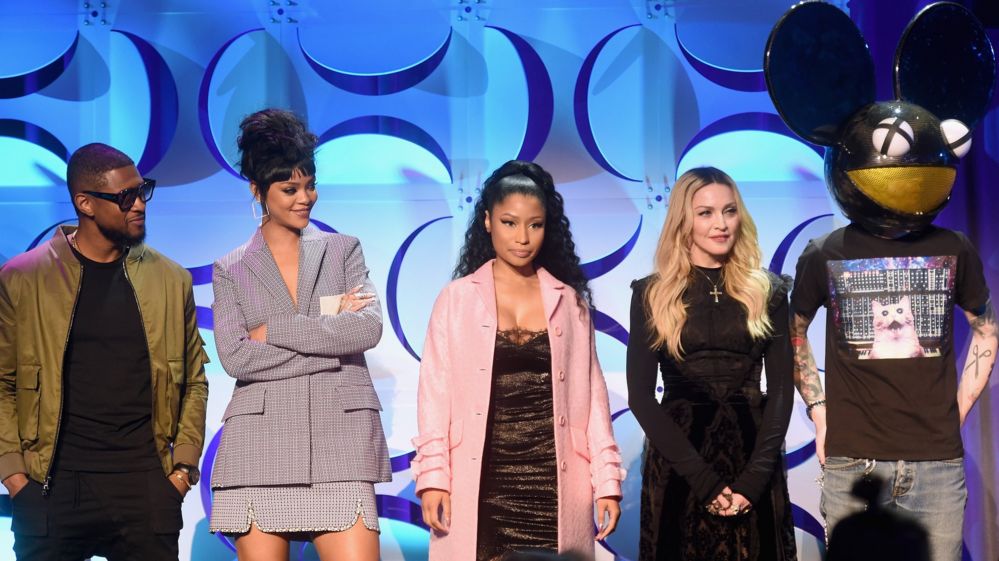 It had a list of musicians any festival would be proud to call its line-up.

The likes of Rihanna, Beyonce and Jack White gathered in New York to mark the relaunch of Jay Z's streaming internet music service.

Tidal is claiming to be the first artist-owned platform for music and video and is intended to rival sites likes Spotify and Google Play.

However, the problem with linking a line-up of A-listers to a product is the celebrities may steal the show.

And from a failed high five to straddling a table, here are six awkward moments from a pretty awkward launch. 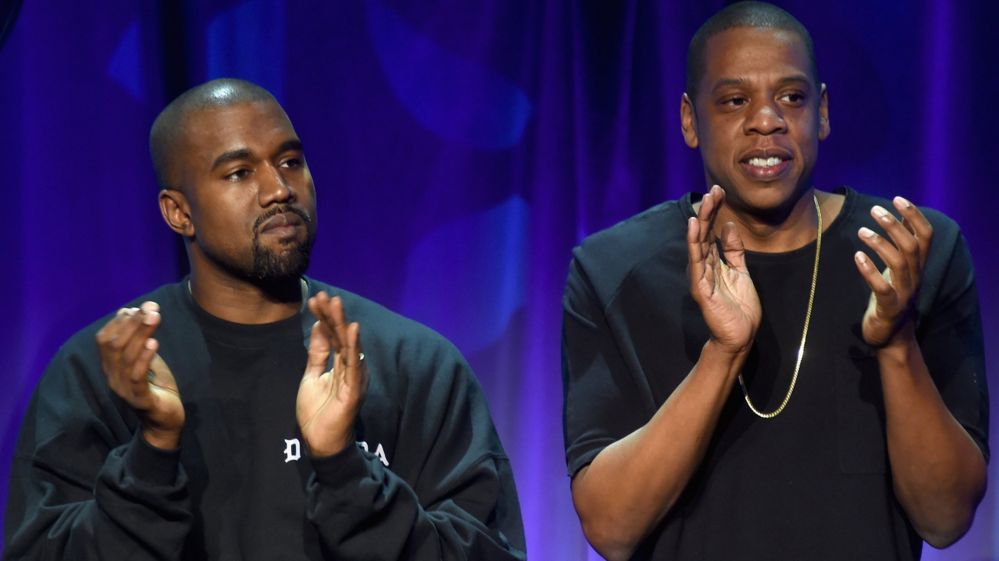 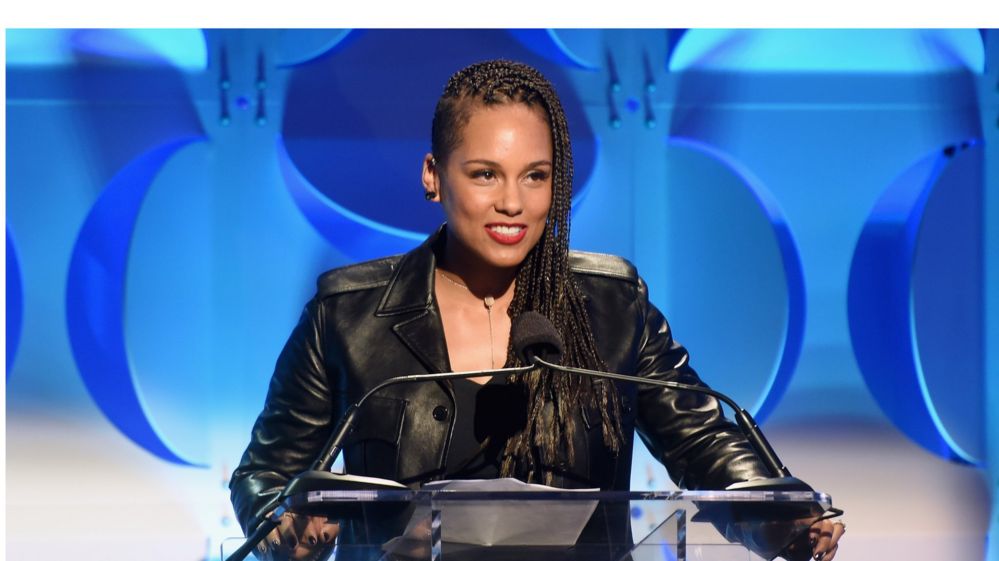 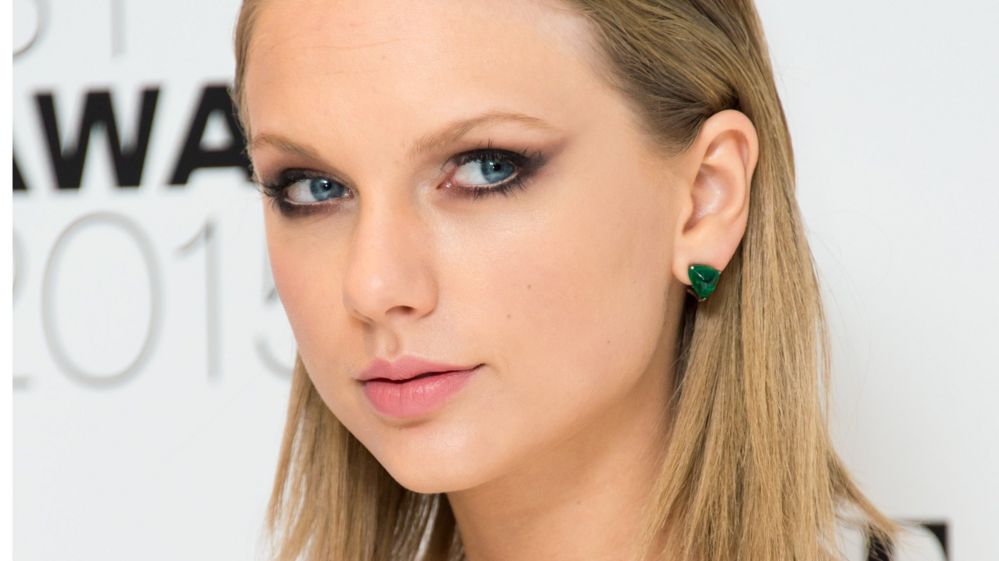 1. When you are the least famous star 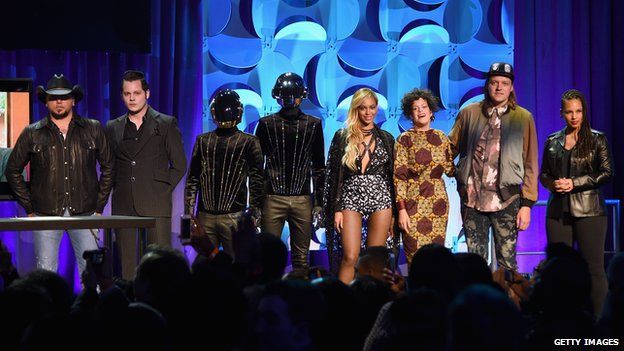 Whatever your views on Jay Z's latest business venture, you have to hand it to him, he has recruited some of music's finest to become co-owners.

At the beginning of the launch they were called on to the stage one at a time.

"Alicia Keys," announces host Vania Schlogel. The crowd cheers and claps as she walks across the stage, dressed in black with a flash of red lipstick.

Next on the stage is Beyonce - cue loud whoops from the crowds as the excitement intensifies. 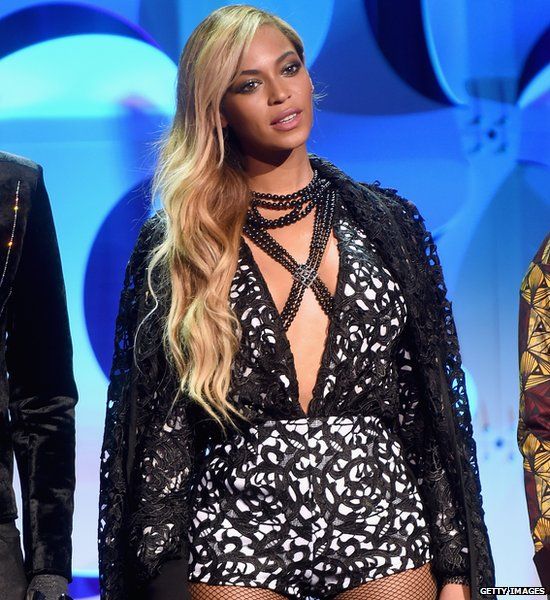 Then it's Calvin Harris... 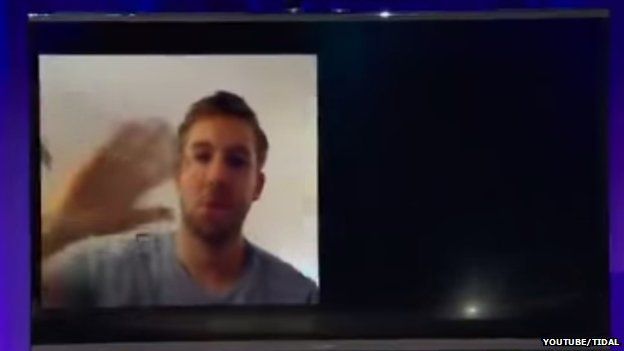 Oh, Calvin. Beyonce has strapped a risqué jumpsuit to her body using hundreds of black beads, yet all you can manage is a dodgy video link and a T-shirt you might have slept in.

Jay Z will not be impressed.

At least he can count on Coldplay's Chris Martin... 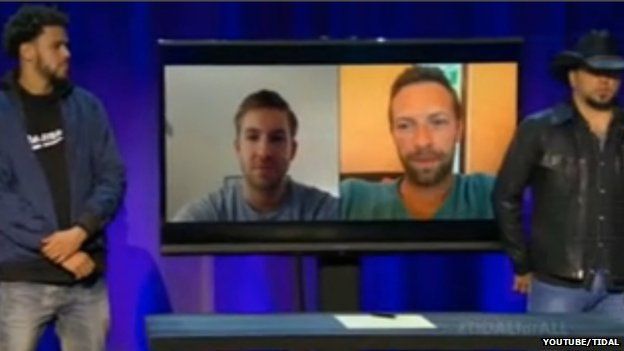 Like two naughty boys at school, Chris and Calvin sat awkwardly at the back watching as their celebrity classmates signed a document.

If there is one thing we all know in this life, it's that Madonna does not do things she does not want to do.

But Deadmau5 must have missed that memo.

When her name was called out the Canadian DJ raised his hand, indicating he wanted to high five. 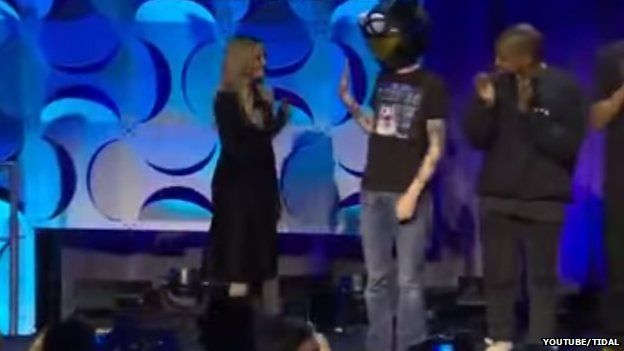 But Madonna had other ideas and instead went to shake his hand, which he in turn refused.

The pair settled for an awkward hug, while Kanye West looked on with bemusement. 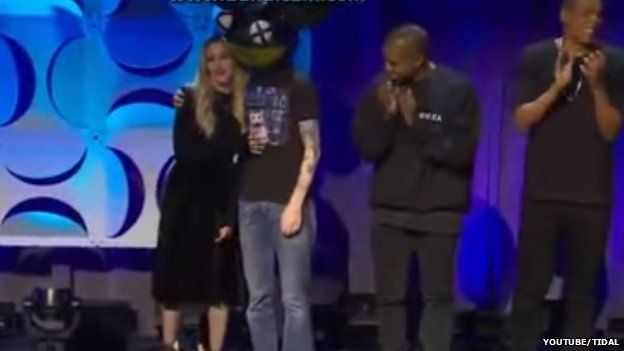 The launch was continually compared to a "graduation", and if it was, Alicia Keys was the headmistress rousing her students with talk of the joys of music. 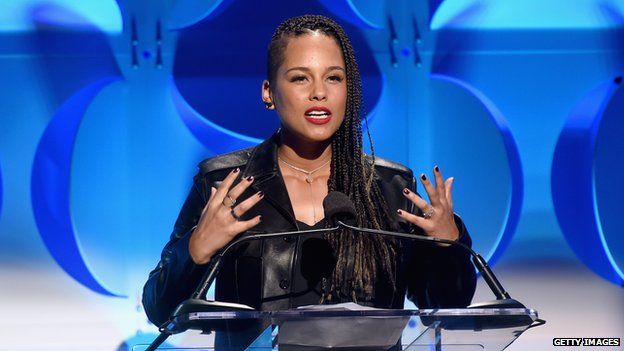 As part of the speech, she quoted musician Jimi Hendrix and philosopher Friedrich Nietzsche and claimed Tidal would "forever change the course of music history".

The details about how this will happen are still a bit vague...

All the co-owners behaved themselves when signing the agreement, aside from Madonna that is.

Keen to distinguish herself from the rest of the pack, she hoisted her leg onto the table as she did it. 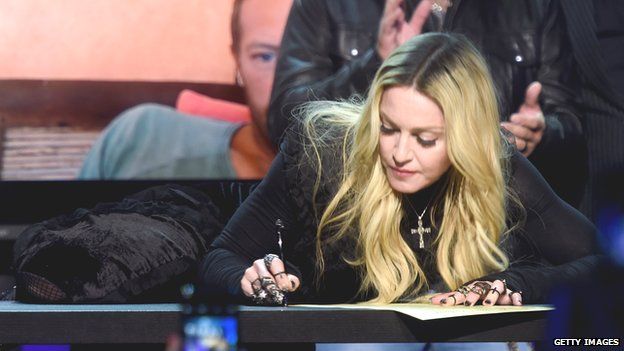 What do you do after 18 celebrities have walked on stage, listened to Alicia Keys and then signed a document?

Well, in this case, just leave them to stand there until it gets a bit awkward. 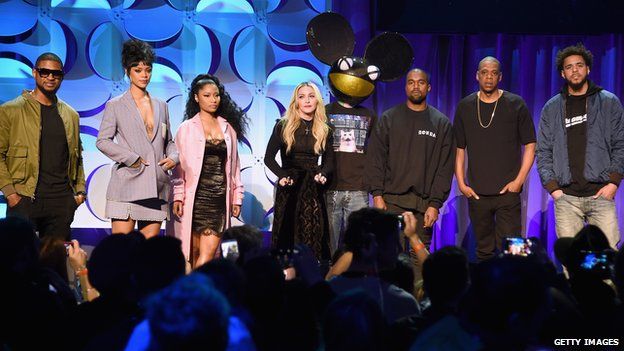 Rihanna and Nicki Minaj had a bit of a chat, while others just looked into the distance as saxophone music blared from the speakers.

Then just as the awkwardness became too much... the lights went out.