New £1 coin design, created by a teenager, revealed by Mint 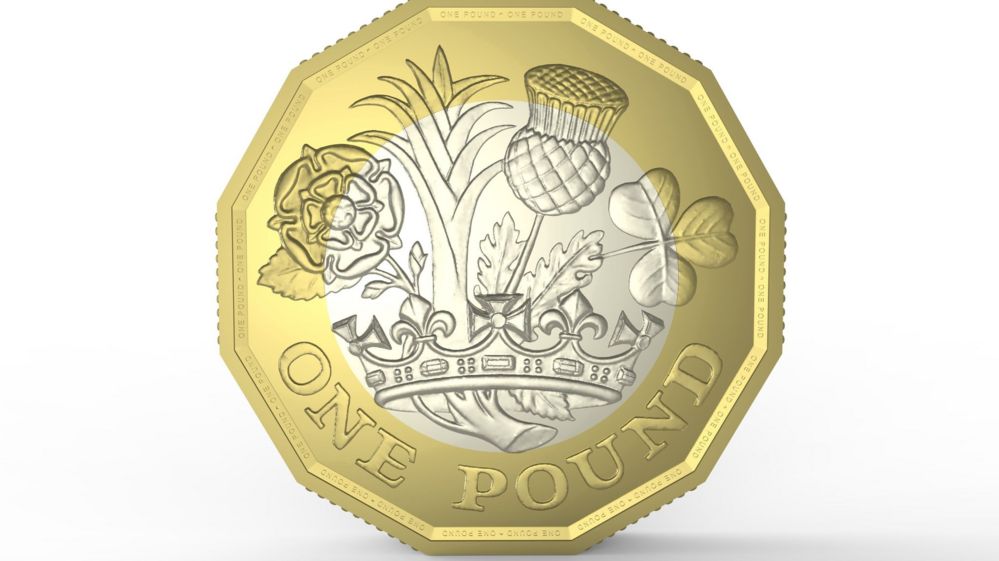 The new £1 coin will feature a drawing by a 15-year-old who has won a competition to design the "tails" side.

David Pearce, from Walsall, was told the news by Chancellor George Osborne, who said the image would be "recognised by millions in the years ahead".

It features the four plants associated with the four nations that make up the UK.

"I was really excited to hear that I had won the competition to design the new £1 coin but hugely shocked as well," said David.

"I heard about the competition through my design teacher at school and I thought I had nothing to lose so I decided to enter.

"I spent a lot of time researching what coin designs looked like and what sort of designs would represent all parts of the UK before submitting my idea and I honestly cannot believe I have won."

His design features the leek, thistle, shamrock and rose, coming out of a royal coronet, or crown.

The Chancellor rang the teenager to tell him the news.

"Designing the new £1 coin was a brilliant opportunity to leave a lasting legacy on what will be the most secure coin in circulation anywhere," he said

"The competition captured the imagination of thousands of people and David Pearce's winning design will be recognised by millions in the years ahead.

"It was fantastic to congratulate him and other young entrants in person in Downing Street."

David beat competition from more than 6,000 entries and will see his design in circulation in 2017.

The £1 is being replaced for the first time in more than 30 years because of fears it is now easier to counterfeit.

It will become the most secure coin in circulation because of its bi-metallic construction and new anti-counterfeiting technology, the Royal Mint says.