BA flight forced to land early because of smelly poo 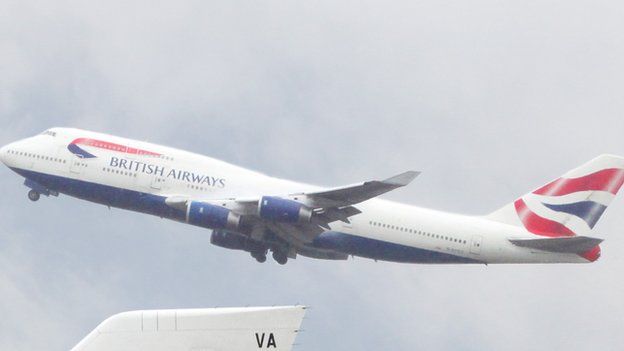 A British Airways flight was forced to turn around because of a "smelly poo".

The plane was heading from Heathrow to Dubai on Thursday - a seven-hour flight.

Abhishek Sachdev, who was on board tweeted: "Insane. Our BA flight to Dubai returned back to Heathrow because of a smelly poo in the toilet."

He told a newspaper: "The pilot made an announcement requesting senior cabin crew, and we knew something was a bit odd.

"About 10 minutes later he said 'you may have noticed there's a quite pungent smell coming from one of the toilets'.

"He said it was liquid faecal excrement. Those are the words he used."

The plane had been airborne for just 30 minutes when it turned round.

The next available flight was 15 hours later, so passengers had to be put up in a hotel overnight.

Speaking to Radio 1's Greg James, Sarah, who works for the airline said: "When you're up at that altitude the cabin has to be pressurised so the problem is that anything like that is actually a health and safety problem because only 50 percent of the air is being recycled and cleaned."

In a statement, BA said: "A decision was taken to return for the safety and comfort of our customers on board.

"We're very sorry for the discomfort to our customers.

"We provided them with hotel accommodation and rescheduled the flight to depart the next day."