Half of young adults could miss chance to vote - BBC Newsbeat

Half of young adults could miss chance to vote 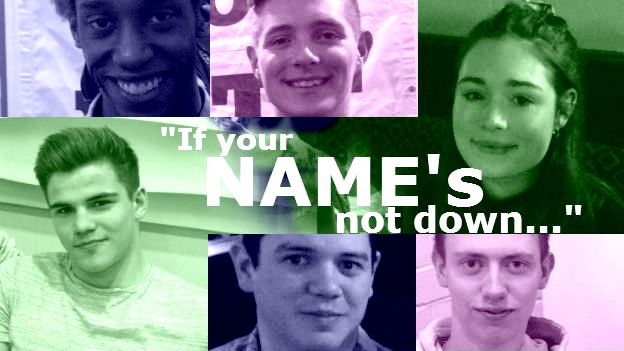 Half of young adults have not yet registered to vote in this year's general election, according to a survey for Newsbeat.

It means they will not be allowed to vote on 7 May.

The figure comes despite 60% of those who responded saying they do care who wins.

A new system, introduced since the last election in 2010, means young adults can no longer rely on their parents to register for them.

Universities won't be able to do it for you either - although many are actively pushing out the message to students. 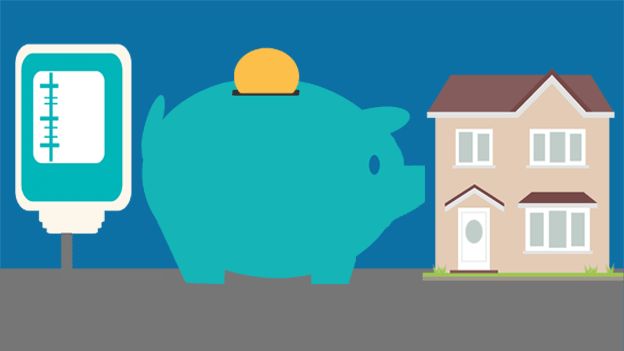 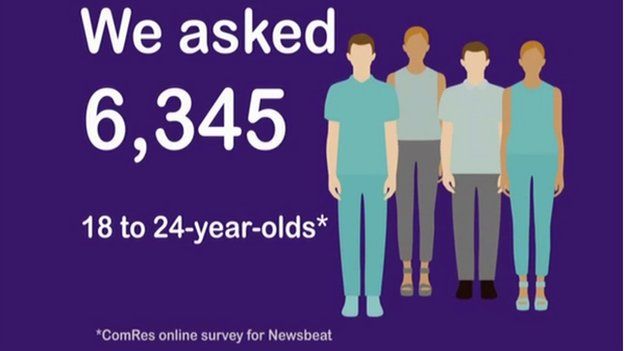 The electoral reform society suggests 800,000 people aged 18-21 will not be able to vote because they're not on the electoral roll.

At Leeds University, one of the people trying that is 23-year-old Bradley Escorcio.

As a student officer, he's got the challenging task of encouraging thousands of students to get involved.

"Many people have said: 'Oh, my one vote doesn't count, why should I bother?' But collectively it can."

How's he going to get their attention then?

"We'll be doing a guerrilla marketing campaign that'll be splashy with lots of facts and stats, putting posters up around the campus.

"There will also be lots of events, debates with current MPs, and even small quirky things like giveaways to make it a bit more exciting for students."

The general election isn't entirely at the forefront of everyone's minds on campus.

When we stop and ask some students in the cafe, there are a few glazed eyes and some mumbles of "Erm... well it's a while away."

The deadline is 20 April, by the way, and registration can be done online.

"I think the language a lot of politicians use is difficult to access, but it doesn't take long to get involved and just read the news.

"You soon realise there are issues that matter to everybody like the cost of travel, food, energy.

"Also, what happens when you leave university, the graduate market and how hard it is to get a job - these things matter."

There are an estimated 5.7 million 18 to 24-year-olds eligible to vote in this election, according to the National Audit Office.

The Prime Minister has told Newsbeat he is confident that anyone wanting to vote will be able to use the system and register in time.

"We're spending £14 million advertising and promoting voter registration, so I would encourage people to get on and register," he said.

Ed Miliband has said the number of young people not registered to vote is a "scandal".

The Labour leader claimed almost one million voters were "missing" from the electoral register in England and Wales.

Carl: "I haven't registered. I don't watch the news, I don't have a TV so I don't keep up with it all.

Henry agrees: "I'm just not really that interested in it all because I feel like other people are going to vote and whatever's going to happen will happen."

He has registered though so that's a start: "Yeah only because my flatmate told me too. She said I'd get fined if I didn't."

In case you were wondering, this is not true! You won't be fined. Breathe easy. You just won't get to vote.

Despite this apparent apathy in registering to vote, 60% of you say you DO care who wins the general election.

We did a quick whizz round the Leeds student bar, to find out what potential voters based their decisions on.

It turns out the personality of a politician is a big decider, with many students saying they want someone who looks the part.

Molly Elmes, 21, doesn't like any of the people hoping to be Prime Minister:

"I don't really like any of the main party leaders to be honest. I'm personally very wary of what they're selling to 'young people' like us.

"They seem to just want to just pigeon hole us with one thing that will help us, like tuition fees, but we care abut the larger issues, like the NHS."

Video caption How to make sure you can vote

Simon Sandison, 30, also thinks the whole charisma and 'Who would you want a pint with?' question is a bit of a red herring.

"Of all the things that's important to look for in a PM, it's fifth down the list.

"For me, my politics starts from the position that everyone's equal and that's what I want reflected in a politician.

"When it comes to voting, I'm going to go for the person in my constituency who I think can do the best job at the end of the day."