Inside the largest ever UK cyber-terror simulation - BBC Newsbeat

Inside the largest ever UK cyber-terror simulation 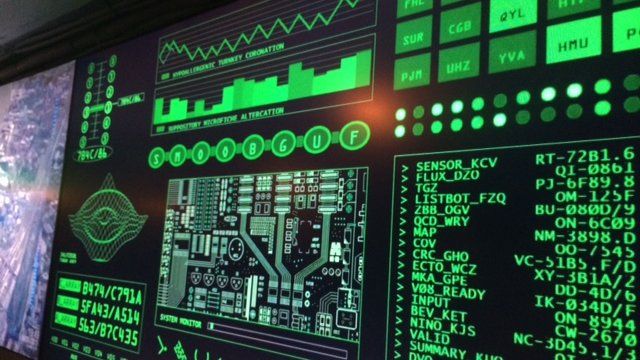 A group of terrorist hackers has taken control of the gun system on HMS Belfast, a disused Navy ship on the River Thames in central London (maybe).

The guns are pointed at the headquarters of the London Assembly and the place where Boris Johnson works - City Hall.

The group is called Flag Day Associates and they have released a chilling video of men in gas masks.

These sinister figures are asking: "What happens when the system fails?"

They might be planning to poison London's water supply too. 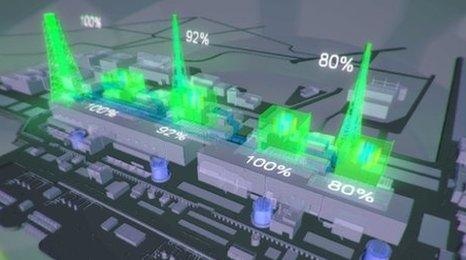 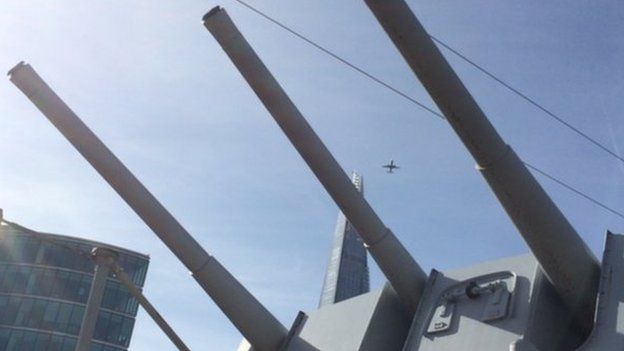 This is a major terror cybersecurity alert and the clock is ticking.

All hope lies in a covert mission which is happening below deck on the HMS Belfast. 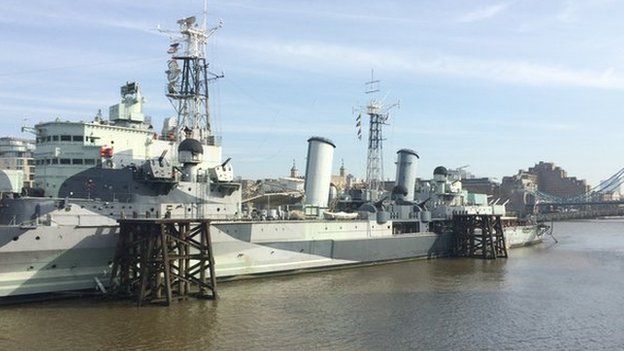 In a dark room lit by only by green lamps and the glow of laptop screens are 42 cybersecurity experts.

It's uncomfortably hot, the atmosphere is tense, and heavy bass is thumping from the speakers.

Wait a minute, that last bit doesn't sound right. And what's with the disco lights? 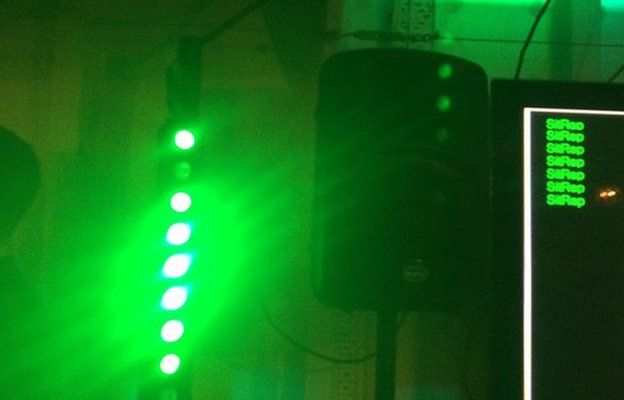 OK, so it turns out the only thing that's covert about this is some people wearing yellow lanyards.

We've been asked not to photograph them because they're from GCHQ, the government's listening and communications centre.

No, really they are.

They're here to help with what the organisation Cyber Security Challenge says is the largest cybersecurity operation ever to be held in the UK. 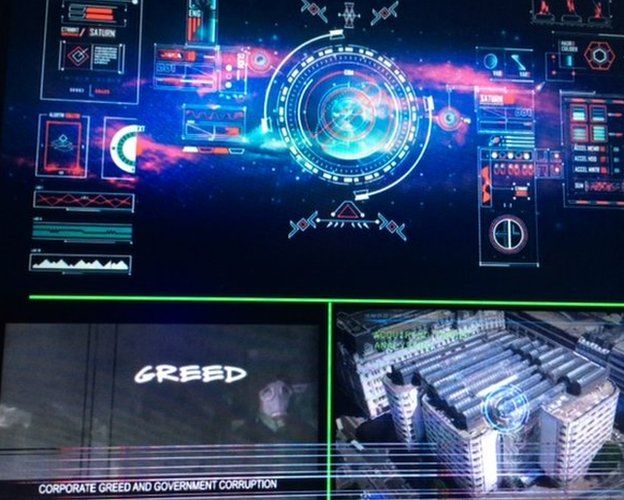 This is an important day for the chosen 42, and that's not because Boris Johnson's life is at stake.

The two-day exercise is the last stage of more than 10 months of qualifying rounds to find the country's most talented amateur cyber-defenders. 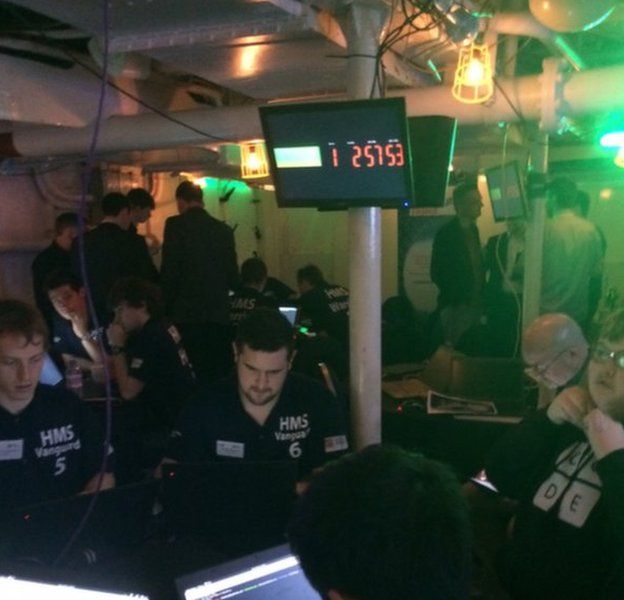 Cert-UK, the UK's national computer emergency response team, is working with the participants and representatives from the National Crime Agency, BT, GCHQ and others are here to observe and recruit.

When all this comes to an end on Friday night, people who've done well will be offered training and possibly jobs. 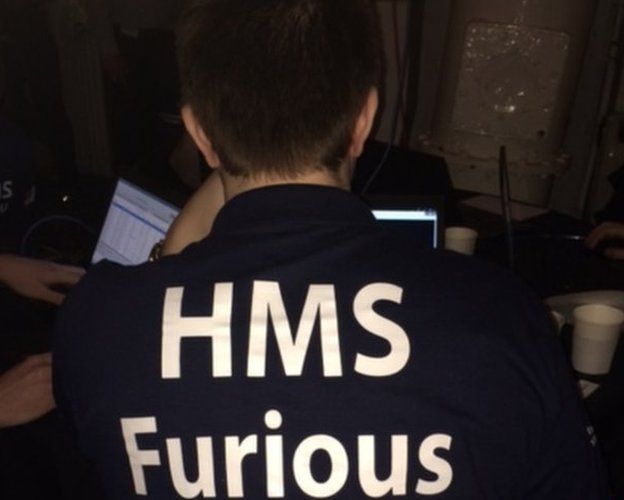 Toby is wearing a yellow lanyard. We're not allowed to know his second name.

He says there's a huge skills shortage in the UK in the area of cybersecurity and GCHQ has used events run by Cyber Security Challenge to recruit "a good number" of people in the past few years. 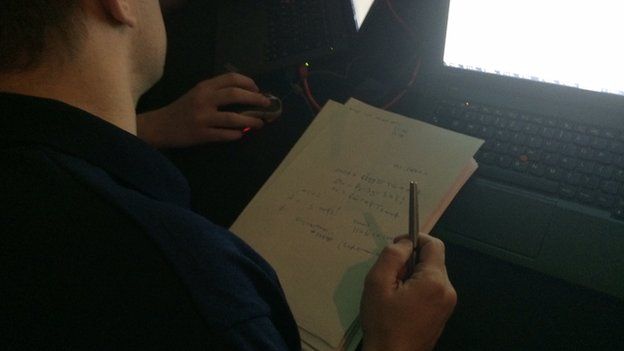 "From this intake we could recruit two or three or it could be higher than that," he says.

He admits the event is a bit far-fetched in some ways, but says "in terms of the technology and techniques that's all fairly realistic". 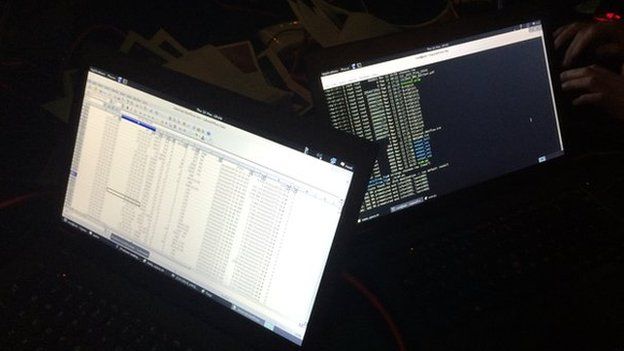 It is possible that something like this scenario could happen.

"In terms of the things that were exploited [by the fictional terror group], these are things we see that happen in little pockets. They are commonplace but put them all together in one scenario - yes this could happen.

"There's actually been a brief among the assessors not to hype up the realism too much.

"On the whole we try to keep it light-hearted but the pressure will be ramped up later." 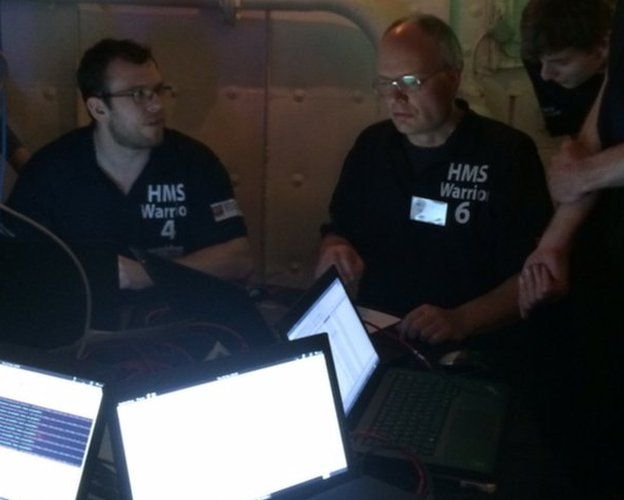 These could potentially be the people that protect the UK from a terrorist cyber-attack in the future.

Of all the candidates just one is a woman. 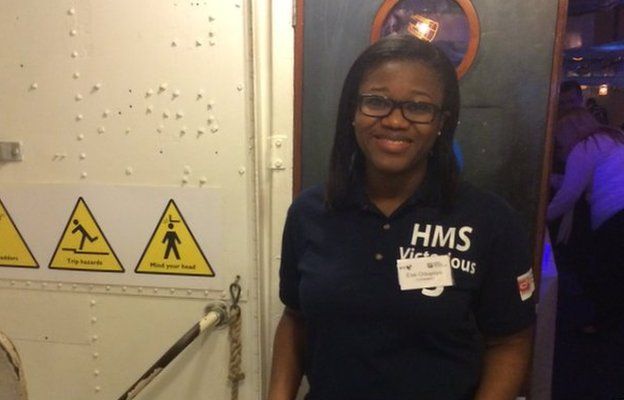 Ese Oduyoye is a software tester and has been interested in computers since she was a child.

"In primary school I was told if you tell a computer something it tells you something back, and I was intrigued," she says.

She wasn't surprised to find she was the only woman as there are so few in the industry.

"There definitely needs to be more done to get women involved. It's about making them see what it entails."

Stuart Coulson from Cyber Security Challenge says a lot of effort is being put into this area, but agrees it's "disappointing" there are so few women. 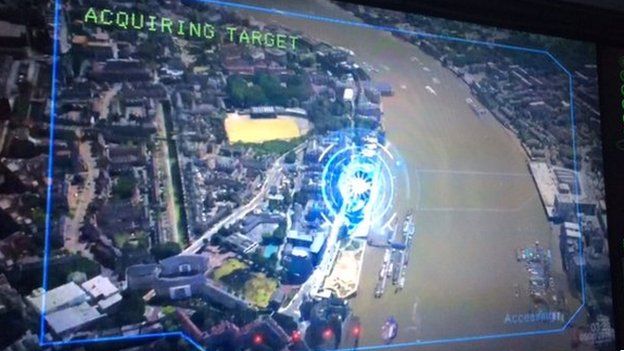 This is the fifth year the Cyber Security Challenge has been run and Stuart says this is the most realistic simulation yet.

"Music builds up the hype and the fear factor to get these guys to show off their skill set - it's all about theatre." 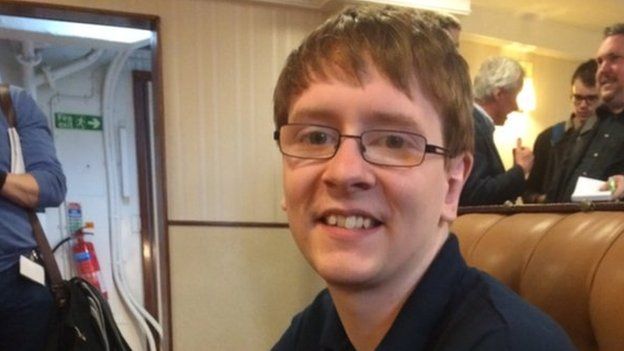 For Sam Brown, a 22-year-old candidate, the real fun is happening on-screen and the lights are "probably just for the journalists".

The student from Norwich says: "It's a good atmosphere and it's good for putting on the pressure." 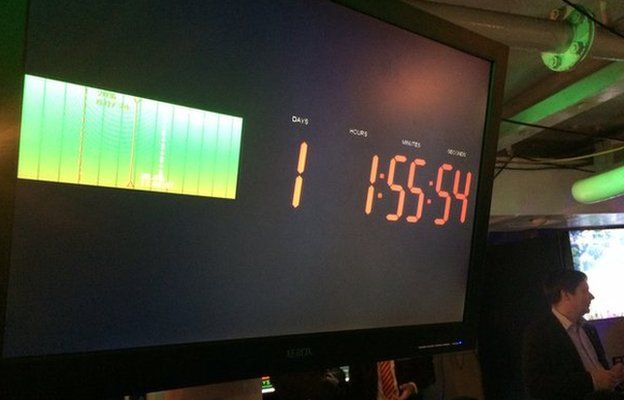 Sam calls cybersecurity a "time-consuming hobby" that started when he was about 17.

He says most of the skills he's using here he's taught himself at home on the internet.

Judy Baker who founded the Cyber Security Challenge says a lot of the candidates are self-taught, and it's really important to seek out the people who have these skills.

They've got until Friday afternoon to save City Hall.