Election 2015: What you care about including the NHS and immigration - BBC Newsbeat

Election 2015: What you care about including the NHS and immigration

Young voters seem more concerned about affordable housing and immigration than crime according to a survey for Radio 1 Newsbeat.

The results also suggest young adults care more about keeping down the cost of living than the rest of the population.

They had to choose three government priorities from a list of 12. 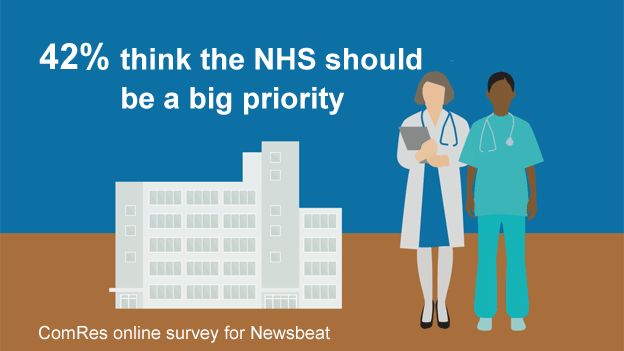 Managing the NHS was the top result, with 42% ranking it in their top three. 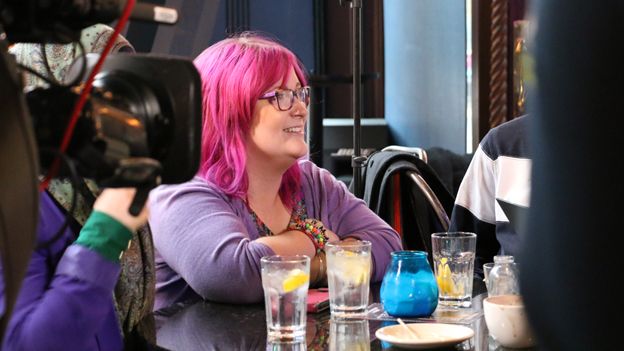 What Newsbeat's election survey tells us

That's slightly less than the 50% of the general British public who believe the NHS should be a top priority.

Thirty-three per cent of young adults chose "Keeping the cost of everyday items, such as food, energy and travel" in their top three - compared to 23% of the general population. 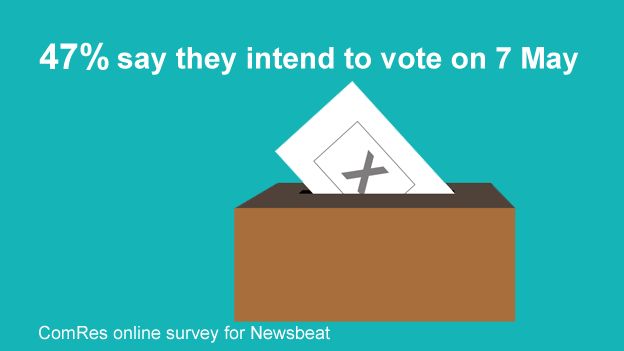 Despite "Improving the education system" being the lowest priority for the public as a whole (9%) it's the fourth highest among 18 to 24-year-olds.

Almost a quarter (24%) said it should be a top three priority.

The results suggest young adults are more concerned than everyone else about the cost of everyday items, improving education, housing affordability, making the welfare system fairer and reducing crime.

Controlling immigration was their third highest priority with 28% putting it on their list. That's much lower than the 49% of the general population who feel it should be a priority.

The general public figures are based on a ComRes survey of 2,039 adults (aged 18+) carried out in January 2015 and weighted accordingly. 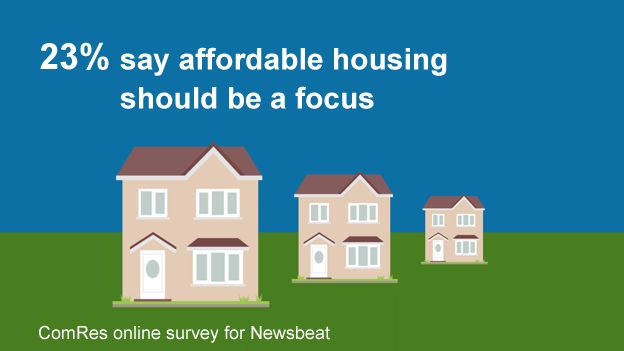 Newsbeat's politics reporter Greg Dawson said: "The survey findings reflect what young adults across the country have been telling us in recent months.

"Many are struggling to afford to rent, let alone buy. Some are still living with parents because of the cost of moving out.

"But despite that the issue of whether they'll bother to show up to the ballot box on polling day divides opinion."

Read more about what young adults thought of the poll findings.

The most common reasons from those unlikely to vote was either that they didn't know enough about the candidates and issues or that they feel "politics isn't for people like me".

Nearly two-thirds (63%) said they would be more likely to vote if they were able to do so online or by using an app.

UKIP's Nigel Farage and the Conservative Prime Minister David Cameron featured most heavily when young adults were asked about the main party leaders.

David Cameron was the party leader most respondents "trust the most to tell the truth" (20%). However, he was deemed the "least fun to go on a night out with".

Conversely, 28% said they trusted Mr Farage the least to be truthful. However, most (21%) said he "would be the most fun to go on a night out with".