Random stuff backstage at the Brits: The spa, the sweets, the bins... - BBC Newsbeat

Random stuff backstage at the Brits: The spa, the sweets, the bins... 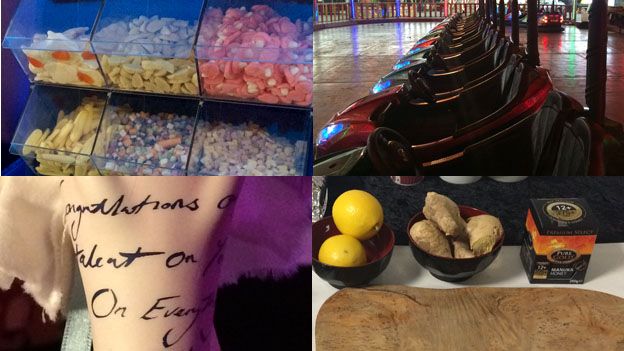 We hope Sam Smith, Ed Sheeran and Taylor Swift love a pick 'n' mix as there are mountains of sweets backstage at this year's Brit Awards.

OK we may have exaggerated a tiny bit, but on our nose around backstage at London's O2, fizzy sweets were a recurring theme. 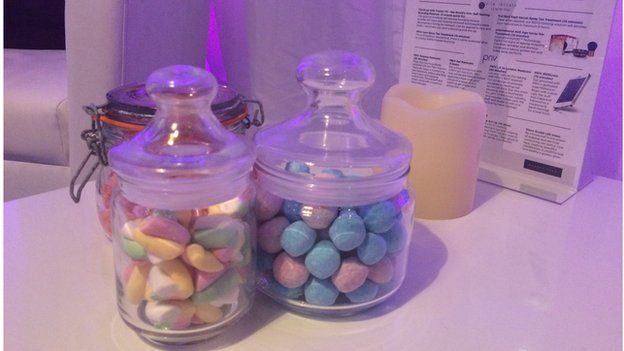 As always, there's a backstage spa area where celebs can get a free fake tan (Take That are big fans apparently), have their nails done, hair done, and make-up sorted.

There are also dodgems. 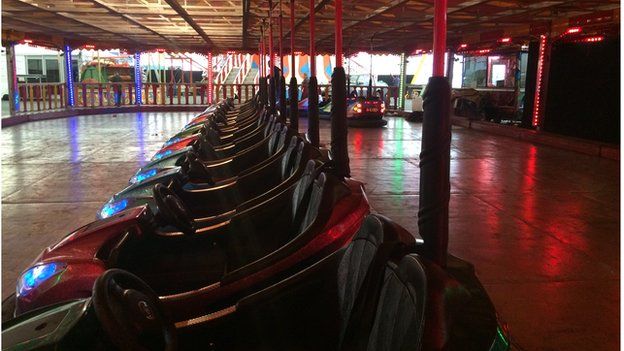 Of course there's a bar for the artists performing, where a hot dog will set you back £5.50, and the drinks are not free. 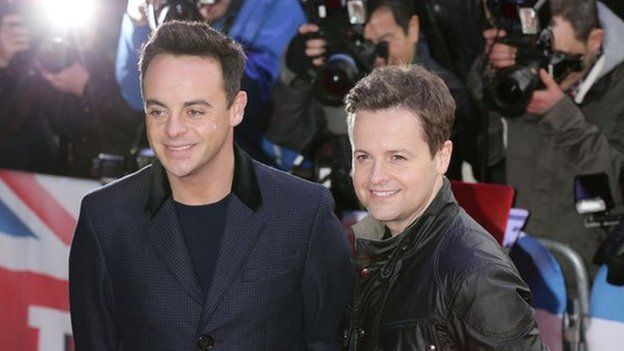 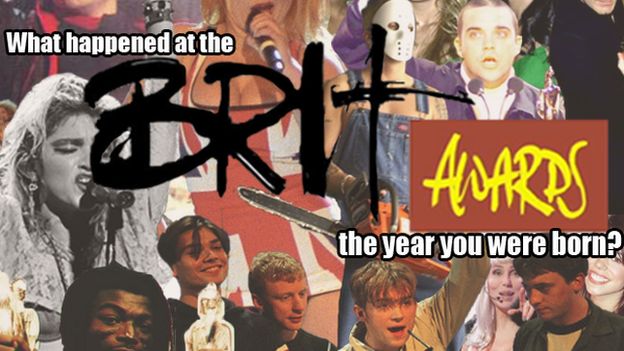 Brits quiz from your birth year 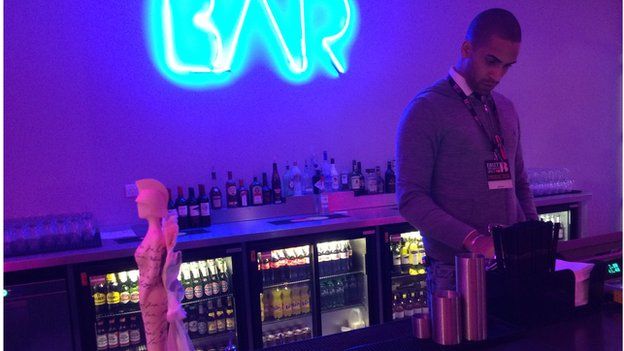 Image caption Drink for one?...

Most of the acts at the Brits will either be munching on a posh dinner in the main arena or getting ready in their dressing rooms.

This is what Paloma Faith's dressing room looked like on Monday afternoon, before her costumes and more glam things were added (we presume). 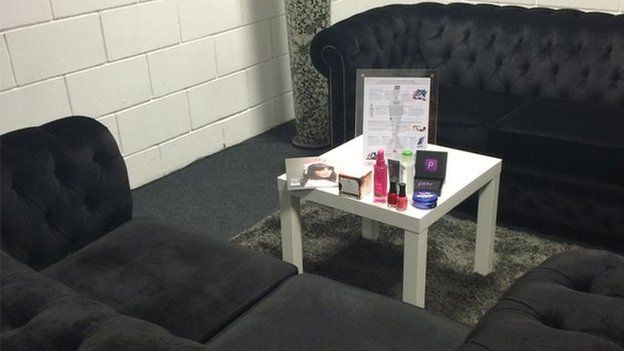 For rehearsals, there was a selection of teas awaiting Paloma backstage, along with fresh ginger and lemon, but she would've had to pop on the kettle herself. 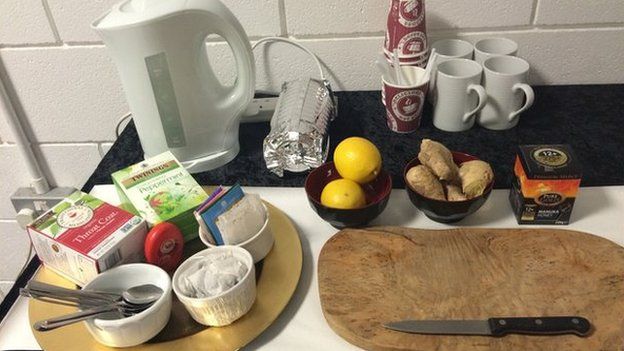 The backstage bar looks a little hotel lobby-ish, and before show time was being used as a make shift office for some of the backstage workers. 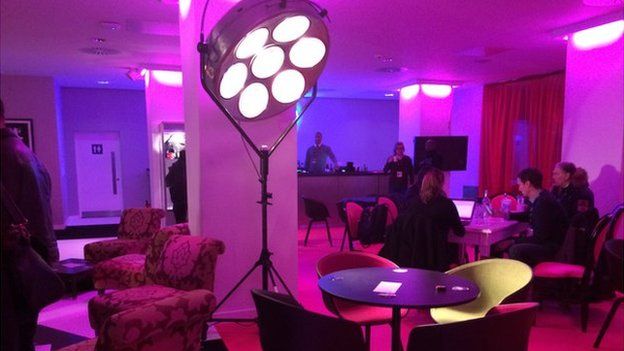 The bar this year is also drenched in pink lighting which accounts for this somewhat fuscia photo of this year's cheery hosts, Ant and Dec. 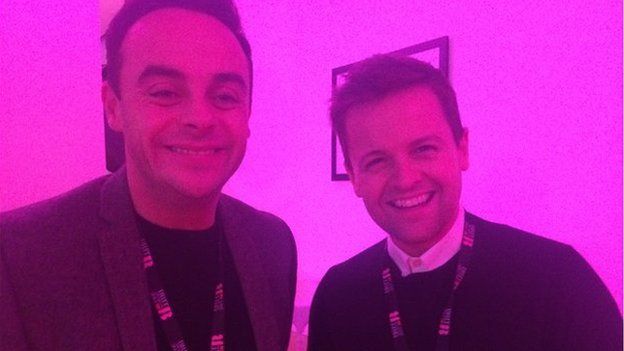 Once you've won a Brit, you get to talk to the press (it's the best part!) and this is the rather unglamorous entrance to the media area, complete with bins. 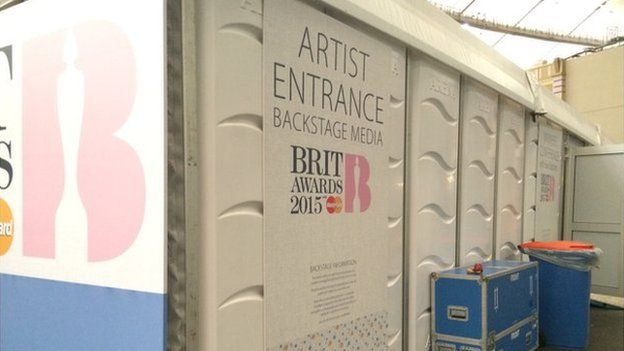 Image caption It's the door on the right by the bin

There are his 'n' her versions of the goody bags given out to Brits presenters, winners and Ant and Dec get one too.

It's worth around £1000 and this is the version Ed Sheeran, George Ezra and Royal Blood will all take home. 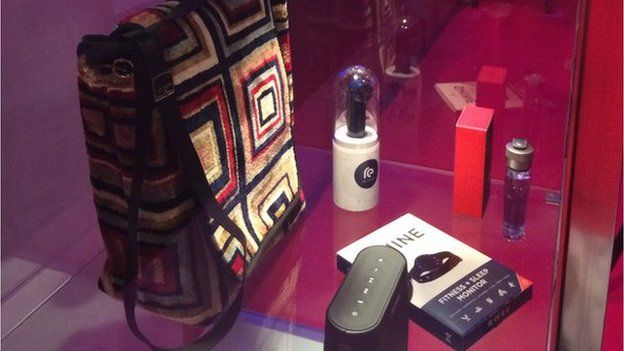 Plenty of room inside for this year's trophy, designed by Tracey Emin, and surprisingly heavier than you may think despite it's pretty appearance. 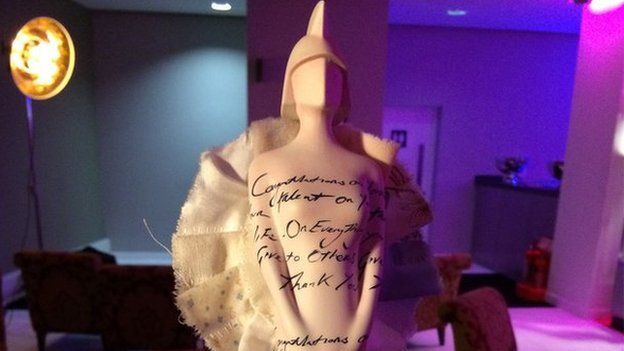 Image caption If a Brit took a selfie...

Hey, seen our Brits year picker quiz? Test your knowledge of the year you were born