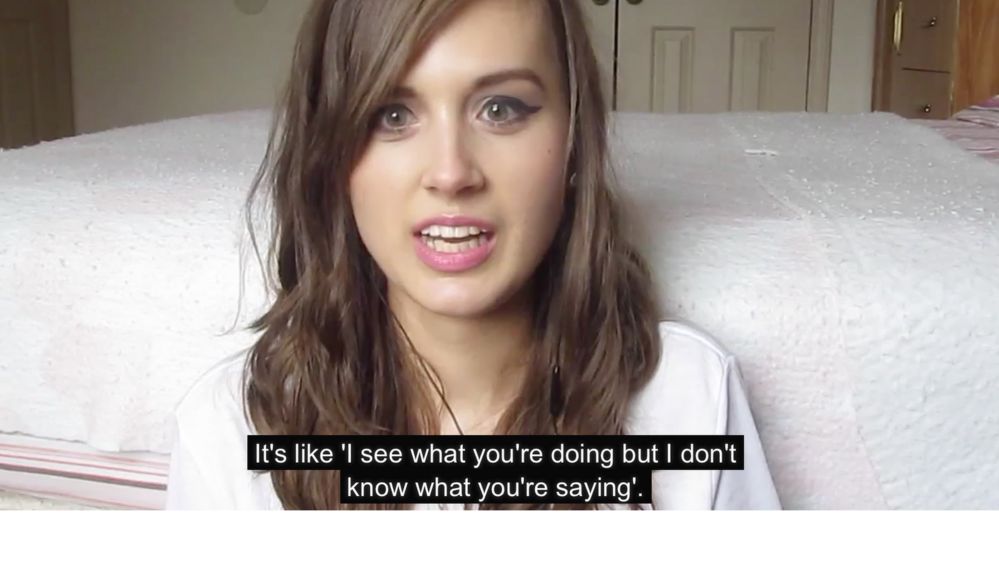 YouTube has told Newsbeat it "fully admits" that automatic subtitles, or closed captions, for deaf and hard-of-hearing users are "by no means good enough yet".

The firm added improving them is "a big priority".

The pledge comes as a campaign launched by hard-of-hearing vlogger Rikki Poynter continues to win support.

She says the automatic service "makes absolutely no sense 99% of the time".

Subtitled versions of both of the videos featured in the article can be found on Newsbeat's YouTube channel. 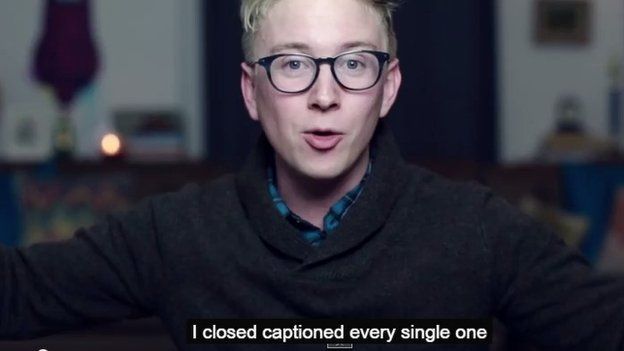 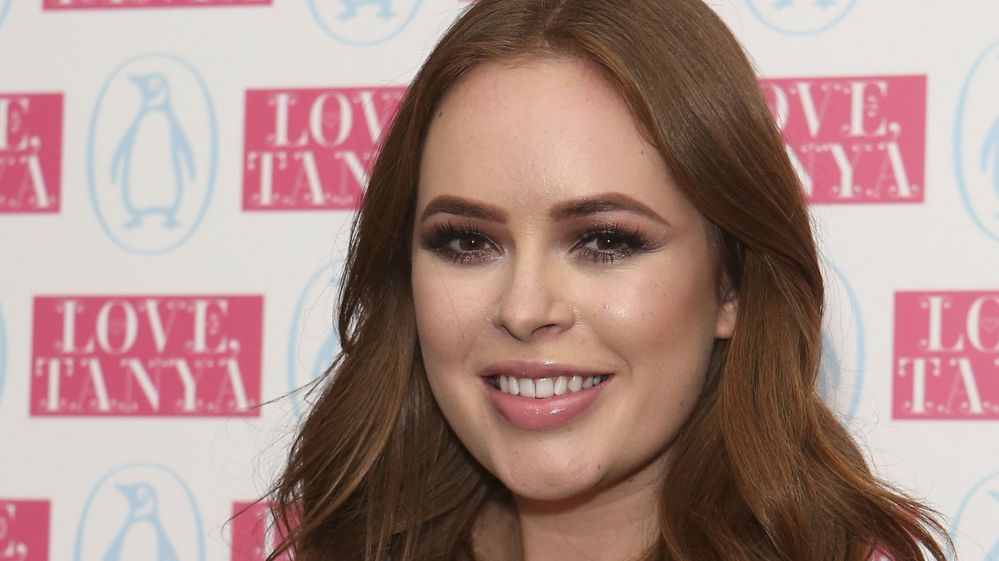 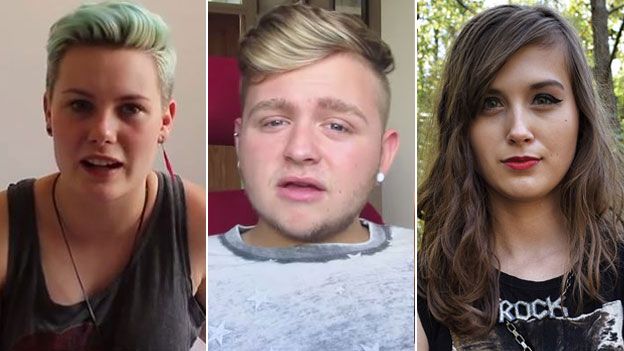 The new breed of 'vloggers' here to challenge people

Video caption Rikki Poynter explains the launch of her campaign

"I can look up a video about concealers and somehow the automatic closed captioning will be talking about zebras," she told Newsbeat.

Her campaign, which asks YouTubers to manually subtitle their videos, has gained the attention of high profile vloggers including Tyler Oakley and Laci Green.

Rikki, 23, said it's great that awareness of closed captioning videos is increasing but it's taken a lot of time and effort, including hand-writing to popular YouTubers until "my hand wanted to fall off", to get to this stage.

She added: "It's pretty frustrating because we've been trying to do this for years.

"If they couldn't try to improve the automatic closed captioning then I fell like maybe they should just do without it because just seeing it knowing that it's completely nonsensical is just ridiculous."

In response to Rikki's comments YouTube's product manager Matthew Glotzbach said: "Although I think having auto caption is better than nothing I fully admit and I fully recognise that it is by no means good enough yet.

"It's an area that we've been committed to really from the beginning.

"Frankly, it's really hard computer science problem that hasn't been solved that scale yet." 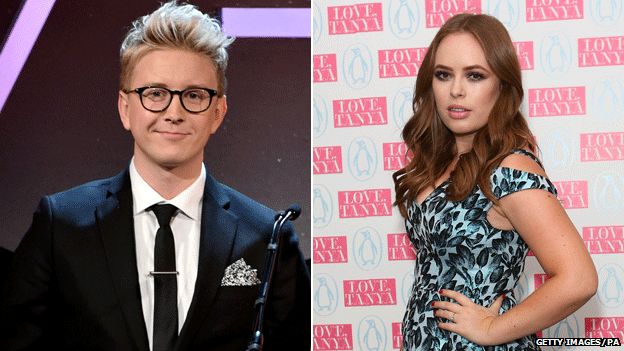 Within days of Tyler Oakley's video supporting Rikki's campaign going online, there were over 2,000 caption submissions in 70 different languages.

Hearing difficulties in the UK

According to Mr Glotzbach, 25% of YouTube's content has some form or closed captioning.

This is mostly made up of automatic subtitles.

Talking about plans to improve the system he said: "This is a big priority.

"I announced the initial work on our captioning systems at VidCon last year.

"We announced that it was one of our top priorities and that we would be aggressively working on it. And that commitment continues.

Other high profile vloggers have shown support for Rikki.

"People actually turn the subtitles on sometimes just for fun because they're like it's so hilarious seeing what they'll actually come up with because it's completely wrong."

But for people like Rikki, it's not a laughing matter.

She said: "It's not funny for us because we want to understand the video and we can't.

"The people that are laughing about it, at the end of day, they can still understand it so it's not funny." 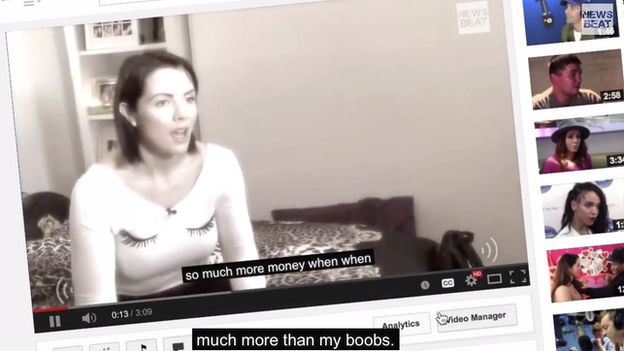 Dr Roger Wicks, who is director of policy and campaigns for charity Action on Hearing Loss, said they have seen a rise in the number of people getting in touch about the quality of automatic subtitles on YouTube.

He said: "There'll be tens of thousands of people in their 20s who have hearing loss trying to access YouTube. It's a key social activity.

Although we ultimately hope to have an algorithm that can do it automatically, we're not there yet
Matthew Glotzbach
Product manager, YouTube

"We talk about what we see on television and increasingly YouTube so it's critical we get this [subtitling] right.

"More needs to be done to ensure they actually do the job they're designed to."

YouTube said it welcomes feedback from users and that it has invested time and money to help vloggers caption their videos and edit automatic captions.

Mr Glotzbach said: "The challenge is a big one.

"Although we ultimately hope to be able to have an algorithm that can do that automatically, we're not there yet."