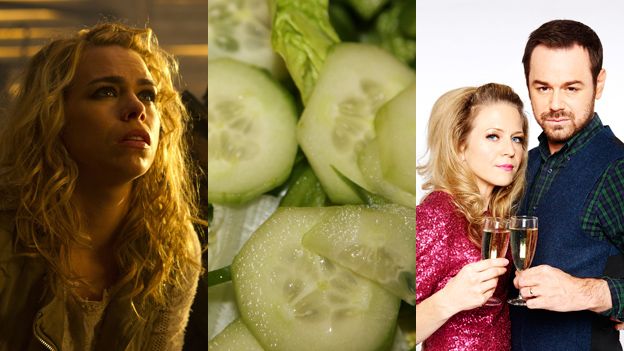 In 1999, Russell T Davies courted controversy and critical acclaim with Queer As Folk.

It was his drama about three gay men and - explicitly - their sex lives. It was seen as radical, rude, different, honest and was loved and loathed.

Since then, gay characters have evolved and feature widely across the British TV spectrum.

Davies has now returned to writing about gay culture with the triple bill of Cucumber, Banana and Tofu.

Cucumber is a series revolving around a gay man in his mid 40s. Banana features a younger cast, telling eight standalone stories. Tofu is a documentary series looking at sex.

Three shows over three channels: it's a risk.

Newsbeat got the chance to sit down with Russell T Davies to discuss the new shows, his past shows... and his love of EastEnders. 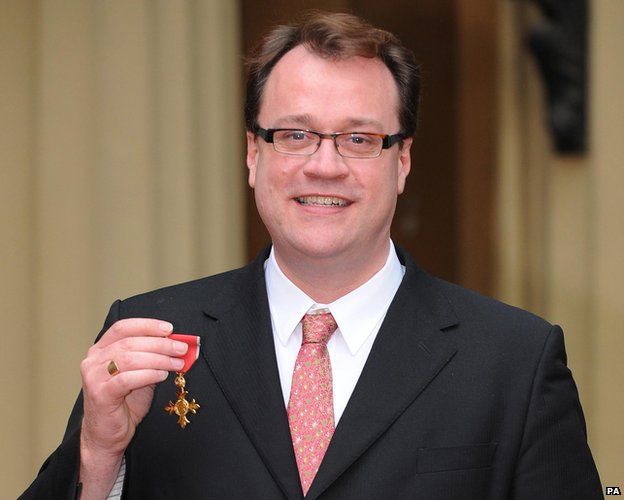 Newsbeat: When you were casting Cucumber did you do what you've done previously? You seem to take risks on people, like Charlie Hunnam (in Queer As Folk) and Billie Piper (in Doctor Who)…

Russell T Davies: Real talent burns like a beacon and you're blind if you don't see it.

But predominantly a pop singer...

Davies: Well, she had done one drama and within the industry it was well known that she could act. Maybe not to the public.

I beat my way to the front of the queue and was lucky to this day. You just keep your eyes and ears out. We've got a lad in this called Fisayo Akinade in Banana and Cucumber who is 26 years old and never done TV before and he's an absolute star. Compared to that we've got Freddie Fox, who's very well known within the industry.

He's done Pride and he's known as an up-and-coming talent so with him it's like grabbing a comet's tail and clinging on to it. You're grateful they'll come and work with you. 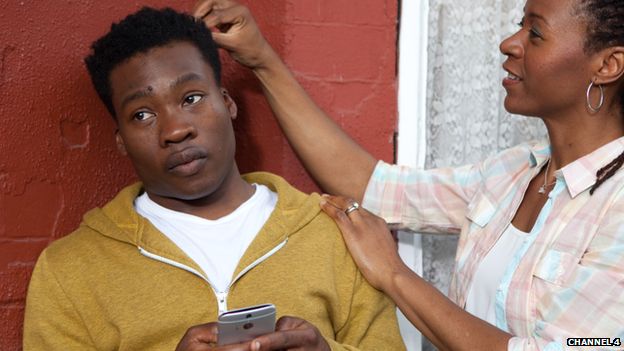 Image caption Fisayo Akinade as Dean in Banana and Cucumber

Davies: They walk in a room, you see them and there's something different about them.

I will never forget the day Charlie Hunnam walked into the room for Queer As Folk because it was like something bigger than the man himself. He was only 19 then.

I can picture the room and what he was wearing and an aura walked in. It's an emotional intelligence and truth about them.

With Cucumber, Banana and Tofu going across different channels, would you ever consider doing something only for online? For Netflix or on YouTube?

Davies: I think I have no choice. I think that's the way we're heading no matter what.

Funnily enough I haven't got Netflix simply because I watch too much television as it is. If I opened up my whole world to Netflix as well you'd never hear from me again.

I'd never write. I would sit there growing a beard, in my vest, watching television so I can't have it in the house.

But broadcast television will remain as well. I think there's always a rush to say everything's changing but I think when television came along it didn't destroy the cinema and now internet's come along it won't destroy television.

All these things co-exist at the same time and they all enrich each other. 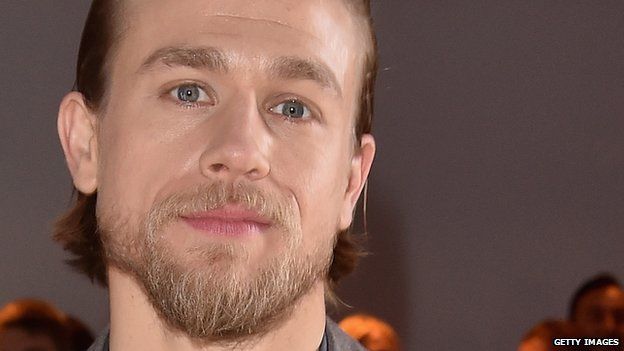 Are you proud of the doors you opened with Queer As Folk?

I'm very proud of what I've done and I know not everyone has to like it but I know I've done it honestly, with diligence and I've worked hard and that's all I can ask of myself.

What are you a fan of TV-wise?

Davies: Well I don't tend to watch box sets. I can't wait for the Good Wife to come back. I'm dying to get that back on. It never lets you down. It's brilliant.

I'm enjoying Broadchurch and I think EastEnders is going through a very golden time at the moment. I can't wait for this 30th anniversary of EastEnders. I won't be moving that week I'm completely hooked.