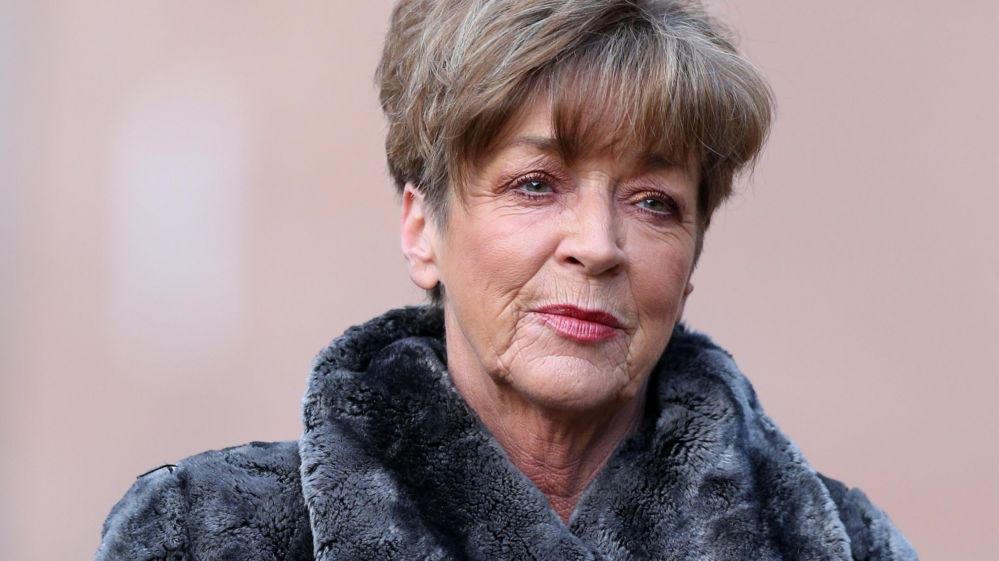 Anne Kirkbride, who played Deirdre Barlow in Coronation Street, has died after "a short illness," her husband has confirmed.

David Beckett said his beloved wife has passed away peacefully in a Manchester hospital.

"David and the programme's cast and crew are heartbroken and deeply saddened," said an ITV statement.

She appeared on the soap for more than 40 years and her co-stars have been sharing their memories of her life. 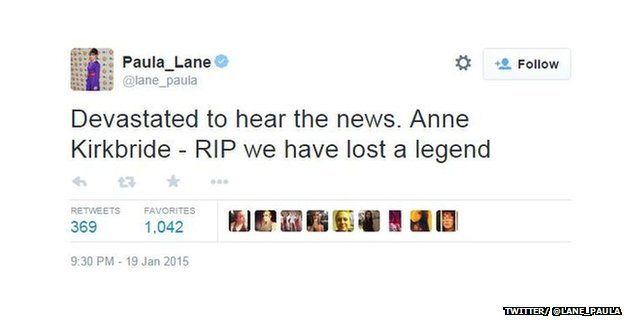 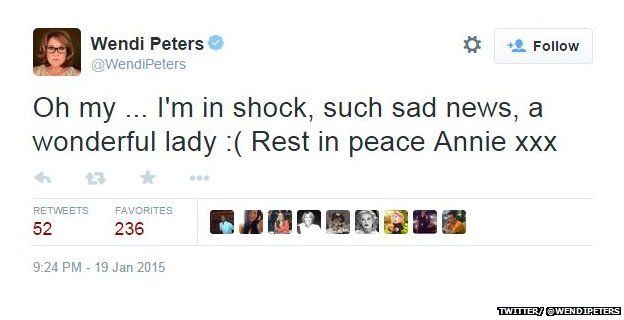 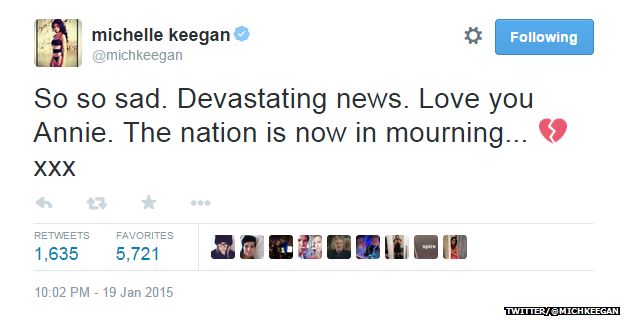 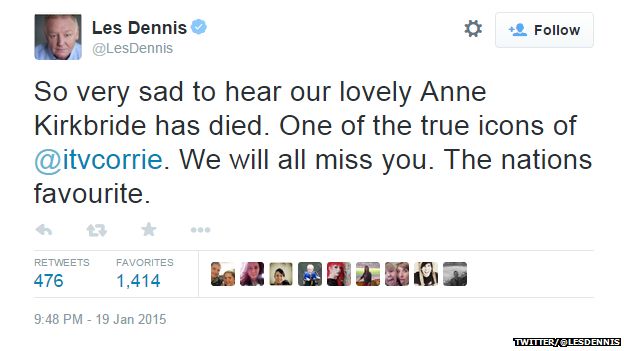 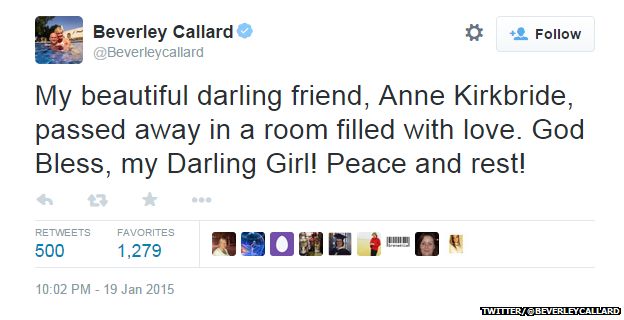 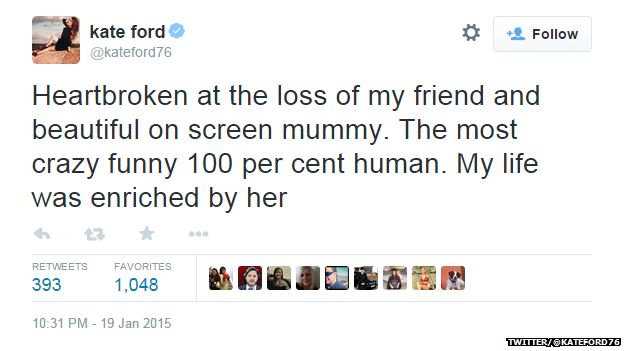 Georgia May Foote aka Katy Armstrong 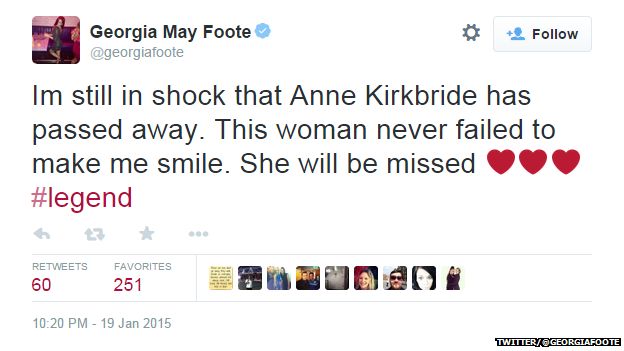 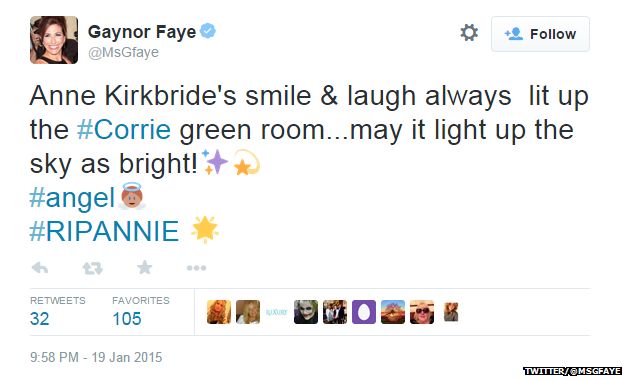 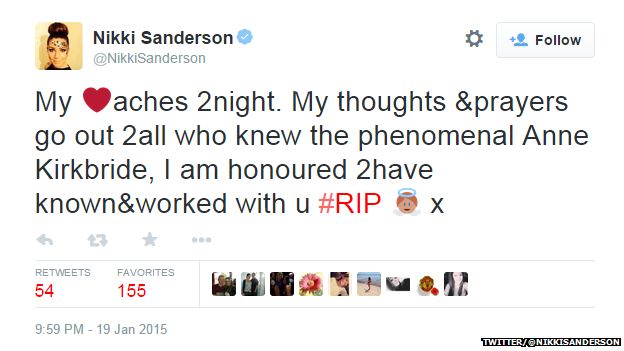 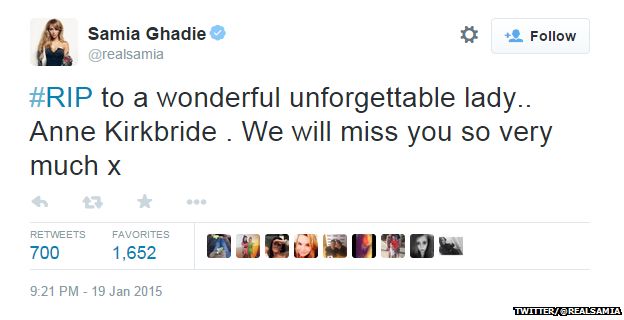 Other ITV stars have also been paying their respects 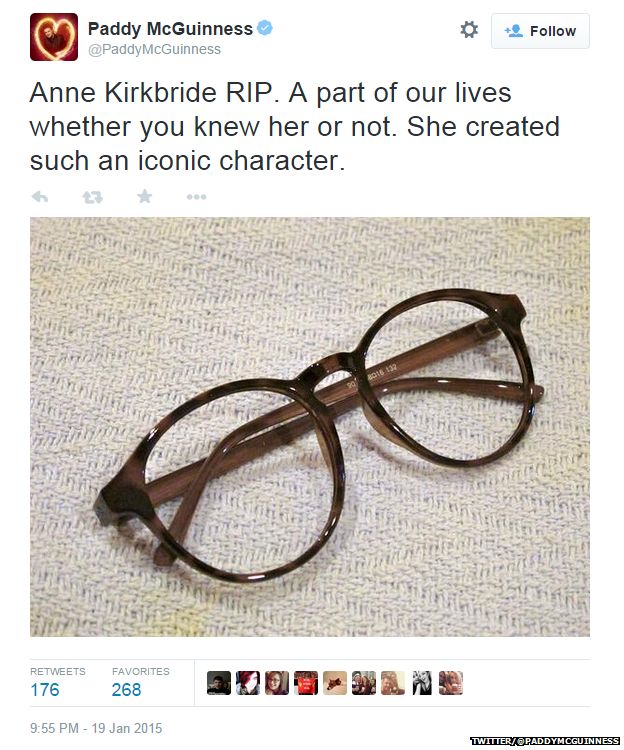 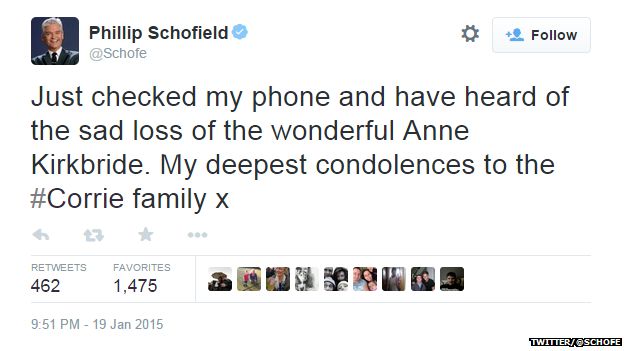 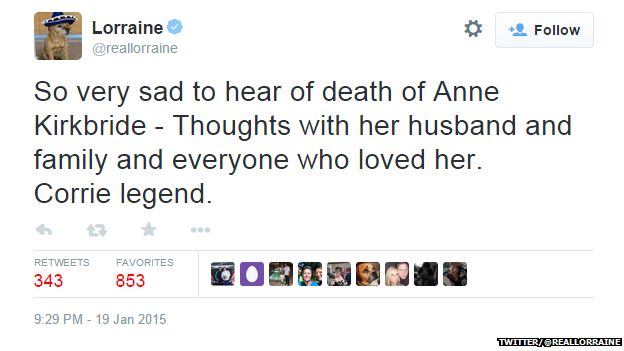 How did pound shops change the UK?