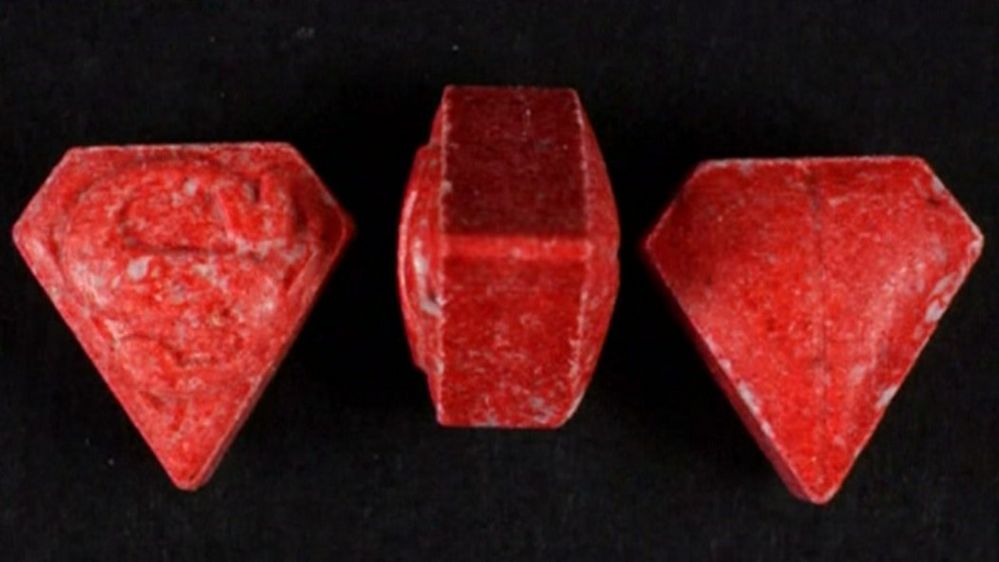 A leading drugs expert is warning the rogue ecstasy pills linked to four deaths this year, may have changed brand or colour.

A batch of pills with the superman logo containing the chemical PMMA may still be in circulation according to the police.

Dr Adam Winstock from the Global Drugs Survey, a drugs research organisation, says if the people making the pills are ruthless "they will be changing the colour and the logo".

"Don't assume that because a pill has a different logo, it is safe," he says.

"I guarantee if there is someone dodgy out there, they won't be pressing more pills with the superman logo on."

Suffolk police are searching for ecstasy pills containing PMMA following the deaths of three men in Suffolk and one in Shropshire. 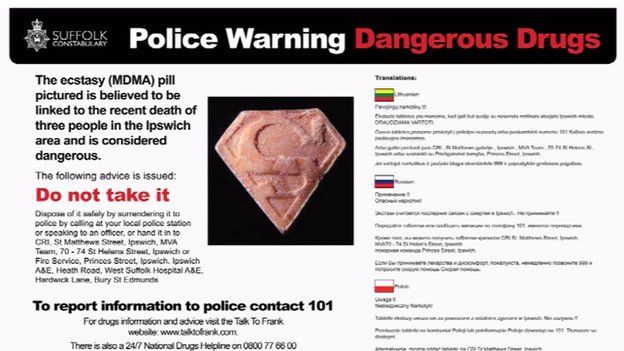 Dr Winstock describes it as "a potent hallucinogenic stimulant" that has been around for about 20 years.

It acts more slowly than MDMA (the main component of ecstasy), he warns, so people often think it isn't working which makes it very easy to overdose.

"Early warning signs are that you feel more agitated and less nice than usual," he says.

"And then you get the other things like nausea, shaking, blurred vision, overheating, anxiety, agitation - symptoms you also get with pills that have a very high dose of MDMA in."

He says PMMA is not a drug that people take intentionally.

He believes it's possible that "someone has made a large batch of PMMA, is trying to get rid of it and is flogging it off to various groups who unwittingly are packaging it as MDMA tablets".

The rogue pills may have come from the Netherlands, he says, as they appear to "be the same 'superman' pills that were found in Amsterdam a couple of months ago".

Dr Winstock says most pills and powders sold as MDMA do contain MDMA - and pills containing PMMA are rare.

He says last year his team at the Global Drugs Survey "searched high and low to find tablets that had PMMA in and it was really, really hard.

"So my guess it that there are just pockets of the drug out there."

Dr Winstock says there's no way of testing if a pill contains PMMA - and claims home-testing kits are not effective.

"If you're not coming up after an hour, it's not MDMA, so bin it," he says. "Don't think taking more of a rubbish drug is going to take your night better."

He says "old school things" like staying well hydrated and keeping your temperature down much harder if you've taken PMMA, as the drug makes you overheat and dehydrate more than MDMA.

"The most important thing is to look out for your mates", he says.

"Don't take people's word for it if they say they are ok. If you're worried - you act. Call an ambulance."

He says it's safer for one person in a group of friends to take a small amount of a drug to tests its effects, than for a whole group to take a full dose at the same time.

Dr Winstock says: "There has been an increase in deaths involving PMMA in the last three years."

He believes the chemical has been implicated in at least 22 deaths in the past year.