Why are thousands of Germans protesting and who are Pegida? - BBC Newsbeat

Why are thousands of Germans protesting and who are Pegida? 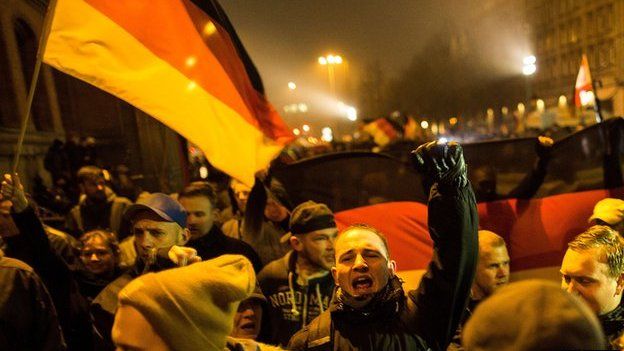 Thousands of people have taken part in rallies across Germany in support of the anti-Islam movement, Pegida.

German politicians appealed for the protest to be called off in Dresden, the movement's stronghold, after last week's terror attacks in France.

Instead, police said that a record 25,000 people took part in a silent march that was dedicated to the victims of the Paris shootings.

Across Germany tens of thousands of anti-Pegida supporters also turned out.

But where did Pegida (Patriotic Europeans against the Islamisation of the West) come from and why is the group growing so fast? 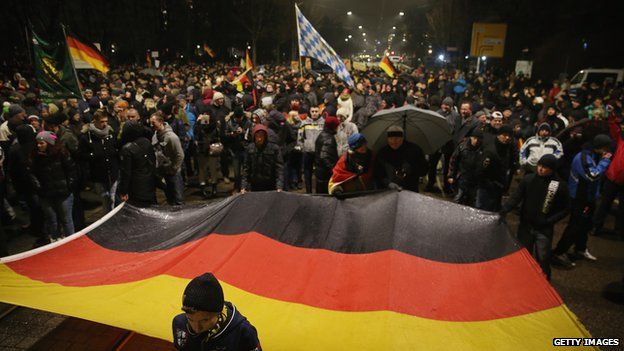 Image caption Monday's pro-Pegida march in Dresden was the largest yet, attracting 18,000 people

Pegida is a German political movement based in Dresden in the east of the country.

It claims to be anti-Islamist and against what it sees as the growing influence of Islam in Europe. 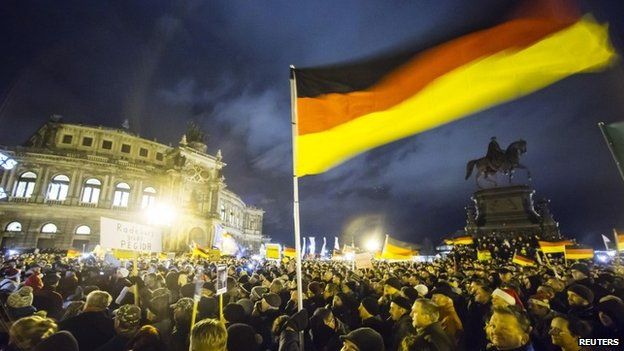 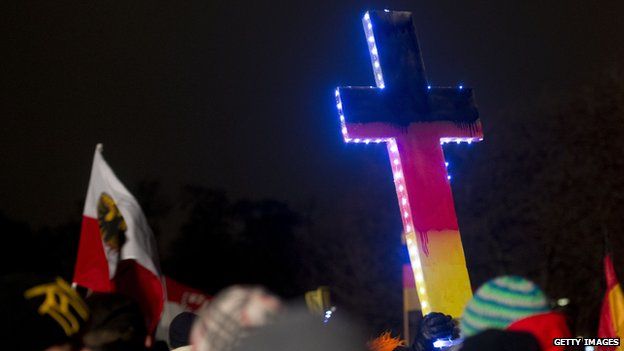 The group also says it is not a racist organisation but that it is concerned by levels of immigration in Germany, which are at a 20-year high.

Pegida's online proposal claims it is "against radicalism" and "preachers of hate" and calls for stricter enforcement of Germany's current laws on asylum and deportation. 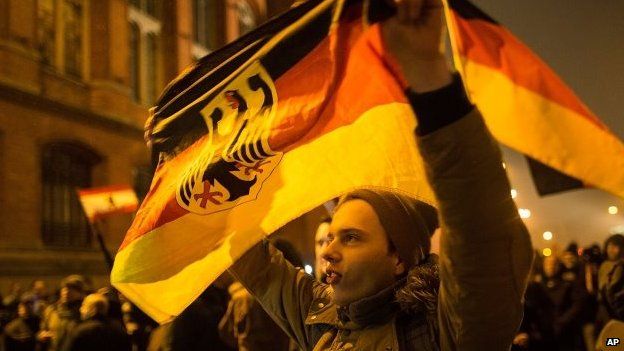 Pegida has been holding regular marches in Dresden for nearly three months.

Demonstrators at the largest pro-Pegida rally to-date on 5 January were heard chanting "we are the people" with one man telling the BBC "we don't want Mosques in Dresden." 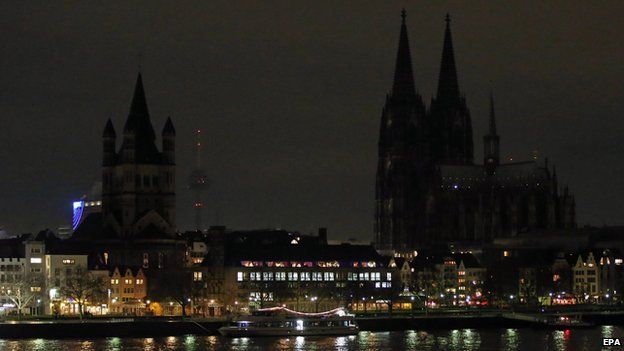 Counter demonstrations have sprung up and the group has been condemned by senior German politicians.

German chancellor Angela Merkel has criticised the protests, calling them xenophobic and racist. 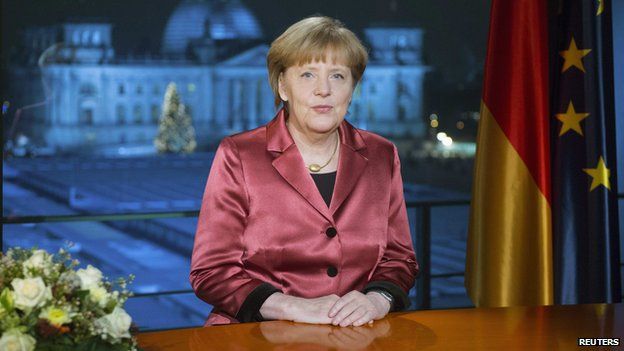 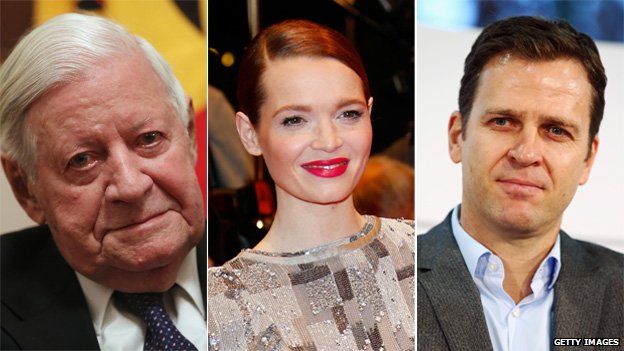 In her New Year address on German television she told the public: "Don't follow these people."

She said the people behind Pegida have "coldness, prejudice and hatred in their hearts". 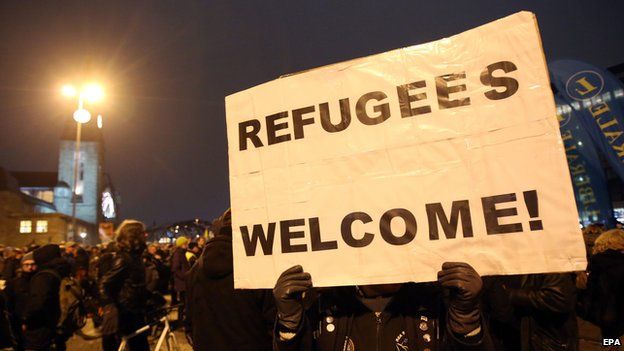 In Cologne, the authorities switched the lights out at the city's cathedral as a way of warning Pegida supporters that they were supporting "extremists".

"We don't think of it as a protest, but we would like to make the many conservative Christians [who support Pegida] think about what they are doing," Dean Norbert Feldhoff, told the BBC.

Only about 250 Pegida supporters showed up in Cologne, compared to thousands of counter-demonstrators. 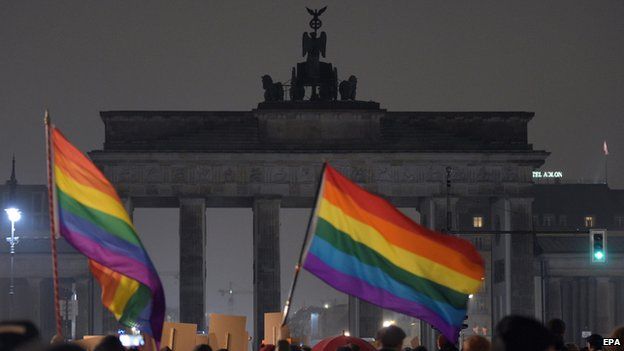 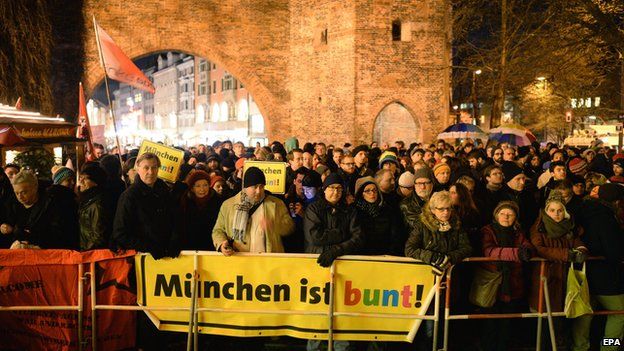 In Berlin, police said 5,000 counter-demonstrators blocked hundreds of Pegida supporters from marching along their planned route.

At the Dresden march the counter-demonstration attracted 3,000 people.

On Monday night the silent rally in Dresden drew in 25,000 people - a record number. 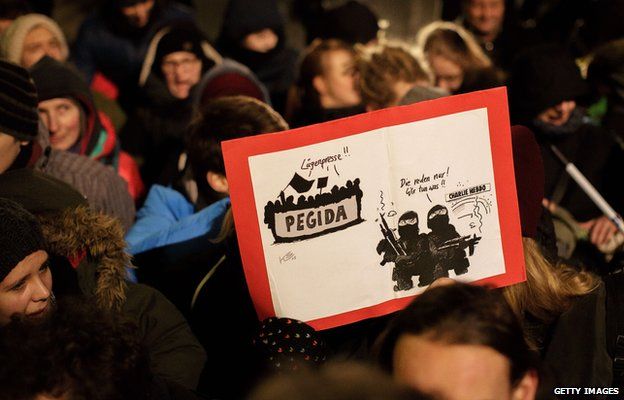