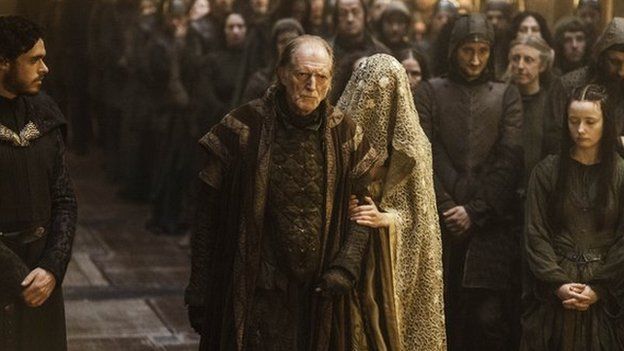 The wedding occurs in the third book of the A Song of Ice and Fire series and the third season of the TV show.

He says: "I couldn't write it when I got to it. I skipped over it - I finished the entire rest of the book with a hole in it."

Major characters die at the wedding of Edmure Tully and Roslin Frey, in one of the most shocking plots of the series. 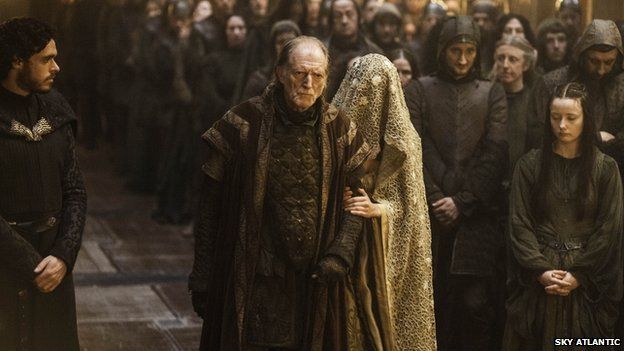 Speaking to ABC News, Martin admits he struggled killing some of the characters off.

"I knew it was coming but it was very hard to write and was the hardest thing I've ever wrote.

"I went back and made myself write that scene because it was painful to kill these characters I'd created and lived with for so long. "

Viewers who hadn't read the books were shocked with what happens at the wedding, but Martin says he expected it.

"When the book came out we got a tremendous reaction to it. I got angry letters that said 'I'll never read your work again'. The TV show version is 13 years later and I knew, having been through it once already, we would get a similar big reaction."

The Winds of Winter, the upcoming sixth novel of the series doesn't have a release date yet. It's thought there will be seven books in total from the series. 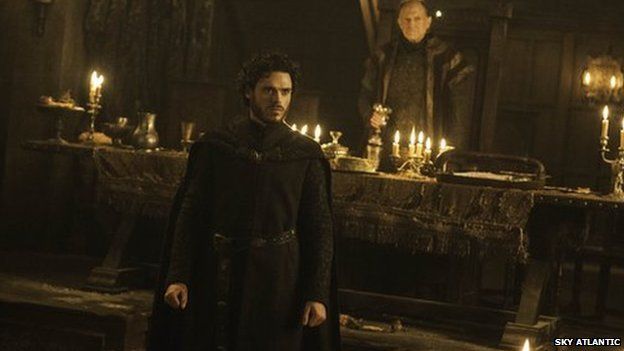 The fifth season of Game of Thrones will air next year but some fans are worried the show will catch up with the books.

It's something Martin is also concerned about.

"The show is definitely catching up with the books. There's no doubt the show is moving faster than I am writing the books.

"There was a certain point a few years ago when I was freaking out about that. My obligation is to finish the books as strongly as I can. I can't speed that process up by wishing it was speeded up."