Baby it's cold outside: the feminist version - BBC Newsbeat

Baby it's cold outside: the feminist version

Video caption Here's the history of the Christmas song

Then she says she wants to go home.

He doesn't want her to.

He asks her to stay. She says no.

He tells her she's pretty and asks her again. She says no.

He asks again, and again. She still says no.

Does this scenario make you feel uncomfortable?

It's what is acted out in the lyrics to the classic Christmas song Baby It's Cold Outside.

Among the lyrics some find troubling is the line "hey, what's in the drink?", the suggestion being that her companion has either spiked her beverage with alcohol or drugs.

The other lyric some find sinister is when the male argues she should stay because "what's the sense in hurting my pride?" - a power dynamic that doesn't suggest concern for his companion. 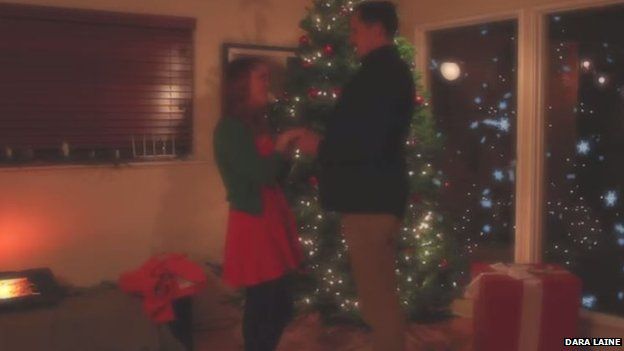 Blogger Dara Laine felt so strongly about the song, she created her own feminist approved version "Baby it's consent inside".

She told Newsbeat she made it because in the original song, "he's pulling out all the stops to make her stay which is not respectful.

"I thought, why don't I make it how it should be, which is she says she wants to leave and he lets her."

Her: "I've already ordered an Uber, Marcus is on his way "

Say what's in this drink? 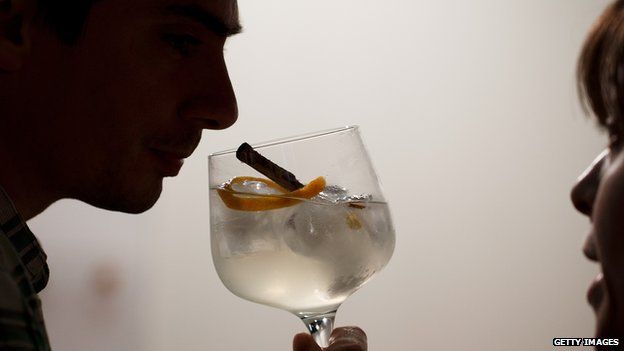 Image caption "Say, what's in this drink?" is one of the lyrics complained about

Casting a shadow over the song are the names given to the singing parts on the original score.

Written in 1944 by the same man who composed Guys and Dolls, Frank Loesser, the male role was titled "Wolf" and the woman's "Mouse".

This creates even more of a sense of predator and prey.

No cabs to be had out there? 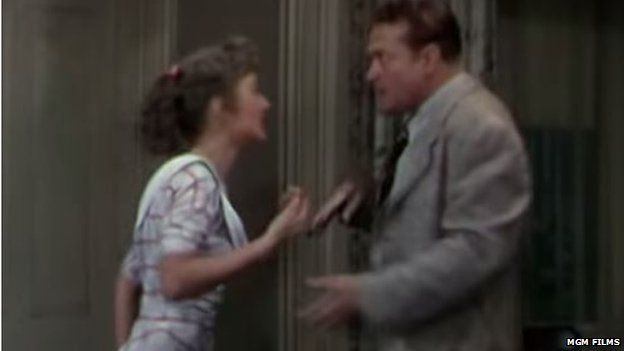 Image caption A still from the 1949 film Neptune's Daughter, with the woman imploring the man to stay

Yet the song won an Oscar when it was performed in the 1949 film Neptune's Daughter. There are two versions of the song in the film, one in which the woman plays the wolf and the man plays the mouse. 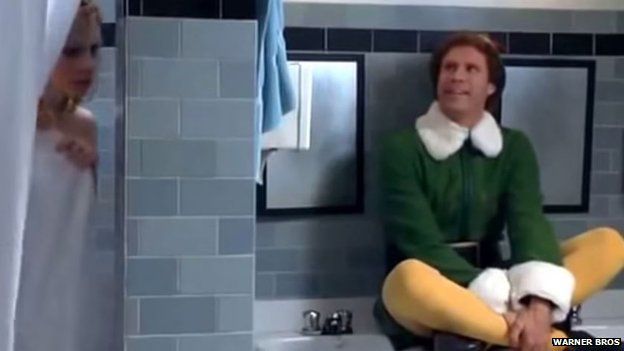 Dara says this is still wrong.

"Both sides it's not an appropriate way to treat another person."

My sister will be suspicious (Gosh your lips look delicious) 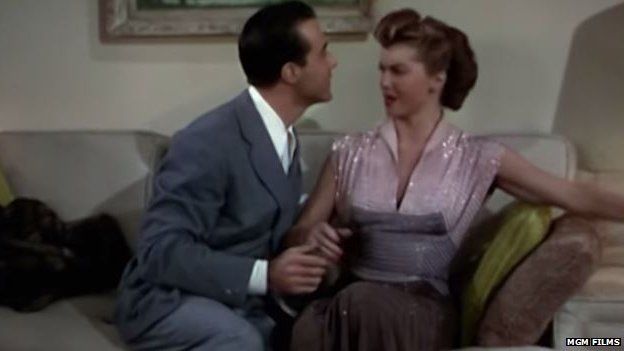 Image caption A still from the film Neptune's Daughter

Writing in the Washington Post, Marya Hannun argues that Baby It's Cold outside would have originally been seen as a feminist anthem.

She says at the time it was written, staying over with a man would be damaging for an unmarried woman's reputation and it was this that the "mouse" singer was concerned about, rather than genuinely not wanting to stay with him.

She points to the "suspicious" sister and "vicious" aunt to support her reading.

My mother will start to worry (Beautiful, what's your hurry?) 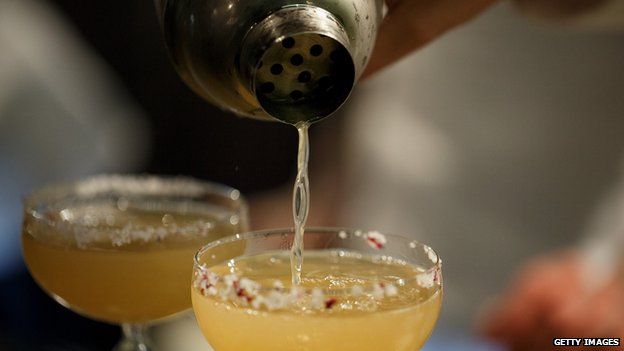 Image caption 'Maybe just a half a drink more? (put the records on while I pour)...'

Dara says that so far reaction to her version has been split.

"Half the people love what I've done, the other half really mad that some feminist killjoy is trying to ruin a really nice wholesome song that wasn't intended to be creepy or date-rapey." 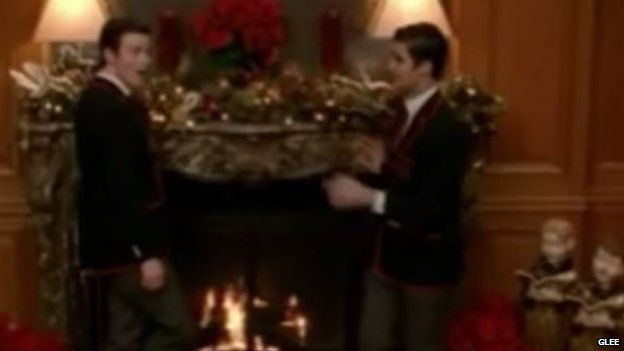 Image caption Blaine and Kyle perform the song in Glee

She said she is not trying to ruin a song but rather spread the message that if someone "doesn't want to do anything with you then, right away you should listen to them and respect their decision".

My answer is no... (You know it's cold outside) 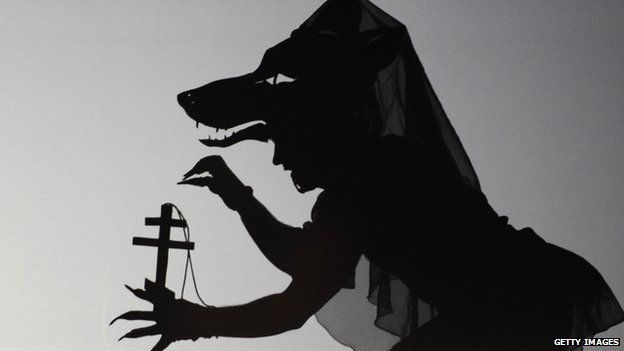 Image caption The original score titled the male part as a "wolf".

"I get that some people think that it's just a song but if we have lots of things in our culture that tell us how we are supposed to treat women, that pressuring a woman to stay and sleep with you is light-hearted and fun then it teaches people that that is normal. 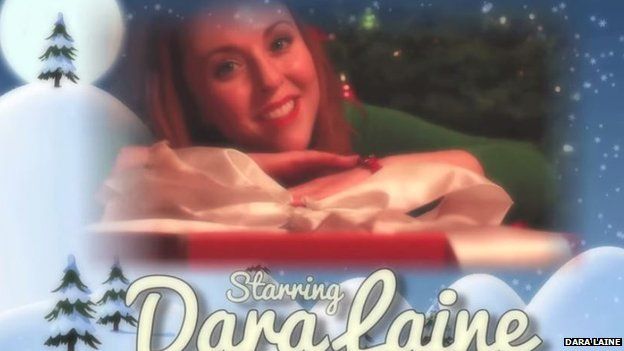 Image caption 'If someone doesn't want to do anything with you then, right away you should listen to them and respect their decision.'

"It might seem like just a song and on its own it's just a song, but if you group it all together with all the other types of TV shows and songs and media that tells us it's OK to treat women like this, then it becomes commonplace." 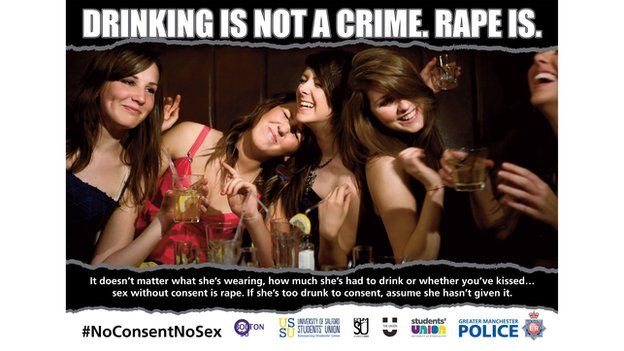 Sarah Green, from End Violence against Women, echoes this view.

She told Newsbeat: "Dara Laine's super-short video is a brilliant way of making us all think about the possible meanings behind the original Baby It's Cold Outside.

"Lots of pop music has confusing and conflicting messages about consent and about equality between men and women.

"The original here is possibly a play on whether no means no and similar myths. Fortunately lots of young women and men reject these ideas - the times they are a-changin'."