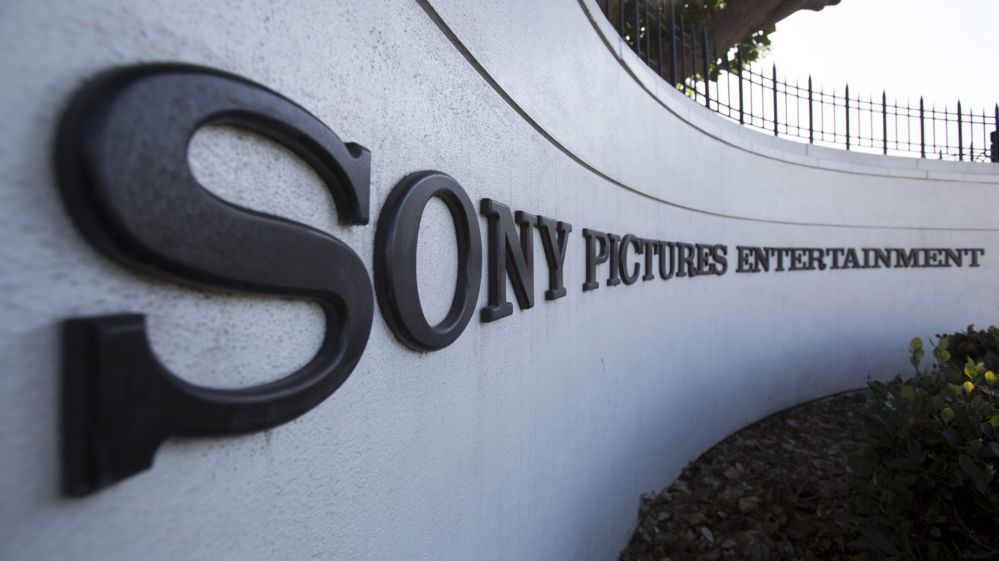 The film company's lawyer David Boies has sent a letter to the social network demanding that accounts sharing information be shut down.

In it one user is singled out, Val Broeksmit, who tweets screenshots of Sony emails as @BikiniRobotArmy. 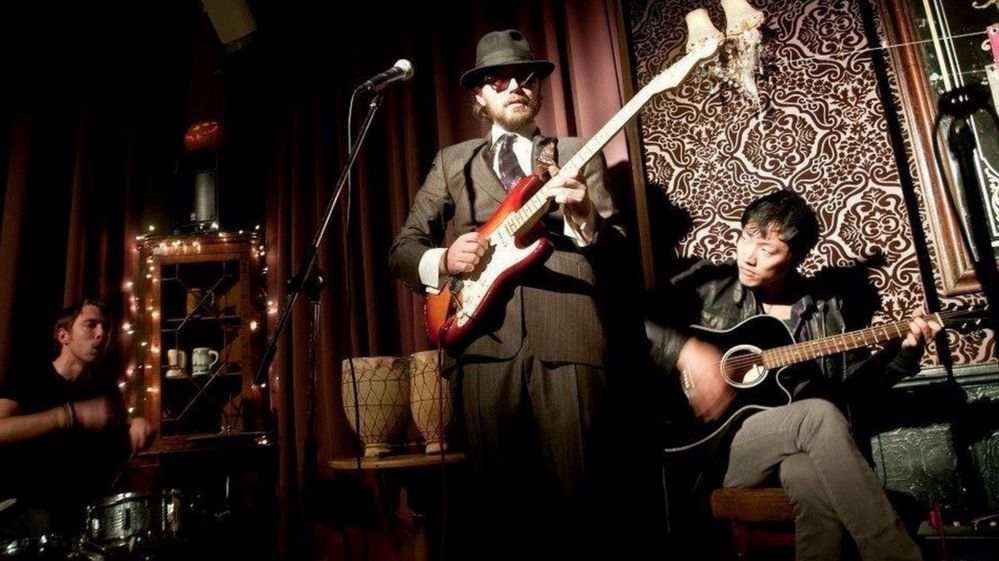 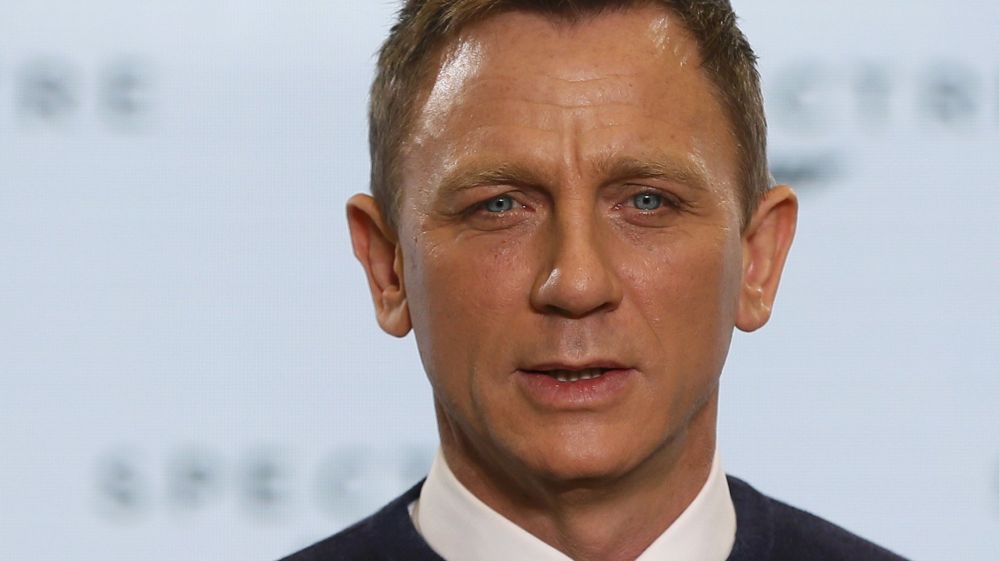 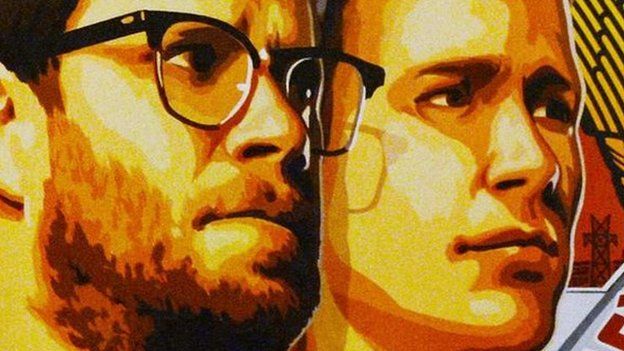 The letter also asks the network to send a copy to @BikiniRobotArmy user Val Broeksmit, advising him to stop publishing stolen information.

It continues: "If Twitter does not comply with this request, and the Stolen Information continues to be disseminated by Twitter in any manner, SPE will have no choice but to hold Twitter responsible for any damage or loss arising from such use or dissemination by Twitter." 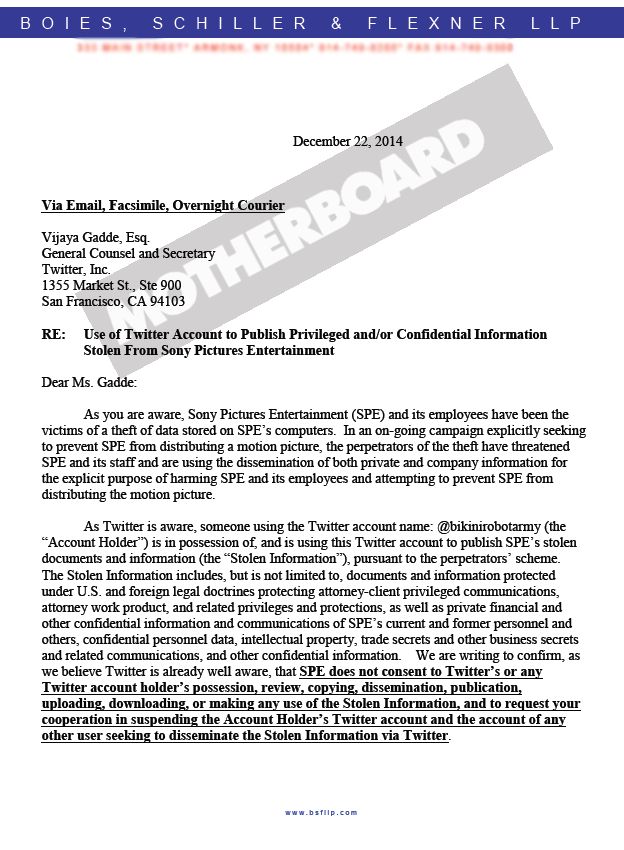 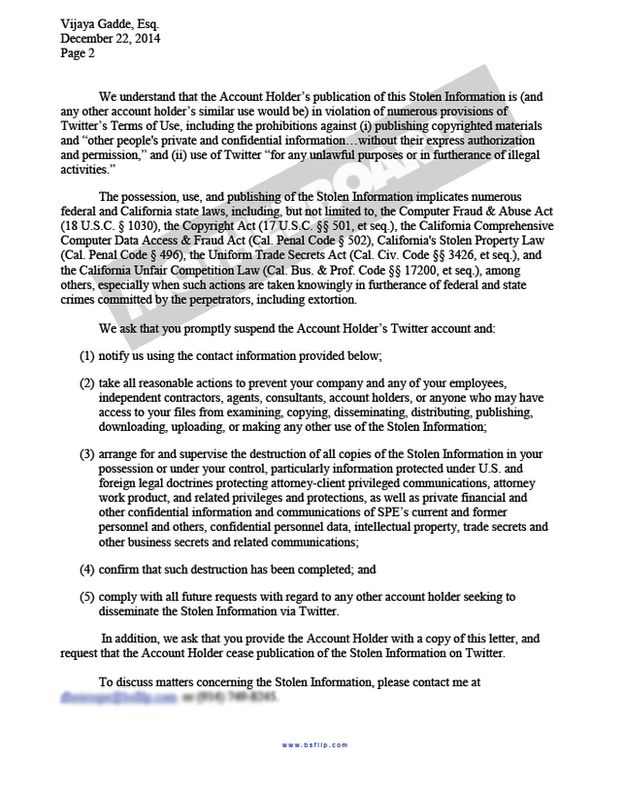 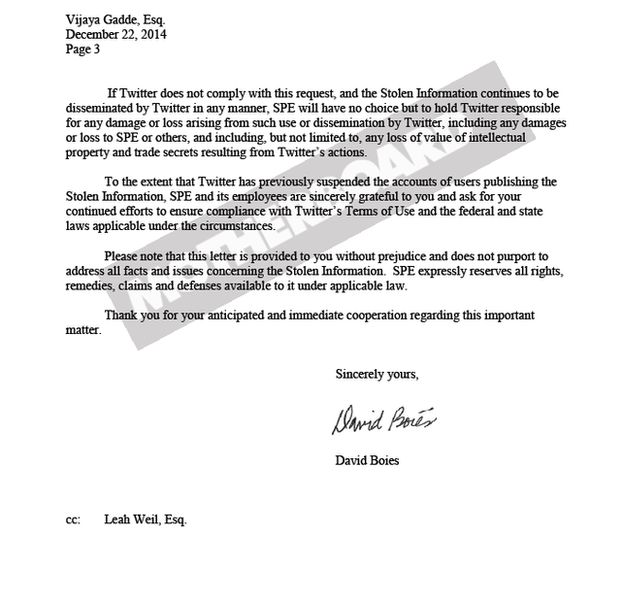 Sony Pictures warned some American news outlets about using information from leaked emails earlier this month after its internal computer system was hacked.

The US accused North Korea of orchestrating the cyber-attack on the company in November, although the country has denied that.

The hack resulted in unreleased films and the script for the next James Bond movie being leaked online.

Details of corporate finances and private emails between producers and Hollywood figures were also released.

It also led Sony to cancel the Christmas release of The Interview, a film about the assassination of North Korean leader Kim Jong-un.

The US had warned the country that it would launch a proportional response to the cyber-attack on Sony Pictures but would not comment on any American involvement in the outages.