British Chinese people say racism against them is 'ignored' 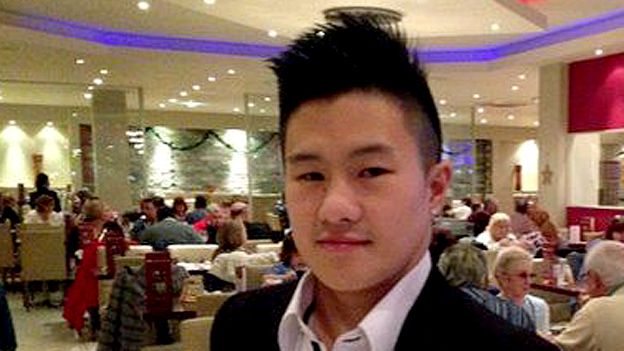 Image caption Simon Hu, is 26, and says racism is still a problem

British Chinese people and community leaders have been telling Newsbeat that racism against them isn't taken seriously enough.

"We've been getting calls and emails about racist incidents from right across the UK," he says.

"There's a lack of knowledge about the words Chinese people find offensive."

They'd literally rip the tarmac off the roads and throw it at us, they'd shout at us, maybe spit.
Sara, 24

"The community is widely dispersed across the country which means many Chinese people are very isolated, will stand out a lot more and be a lot more vulnerable," he adds.

The last census showed 0.7% of the population were Chinese in England and Wales - that's 392,700 people.

Michael claims a lot of racist attacks go unreported, because of widespread mistrust in the police.

He also believes there are cultural reasons for it: "Essentially Chinese people don't like to worry other people."

"There's a mindset within the Chinese community that we need to keep our business within ourselves, within our own family unit."

"I'm saying to young British Chinese people now that we can speak out. It's our responsibility - when you're being prejudiced against, you've got to speak up," he says.

WARNING: This article contains words that people may find offensive 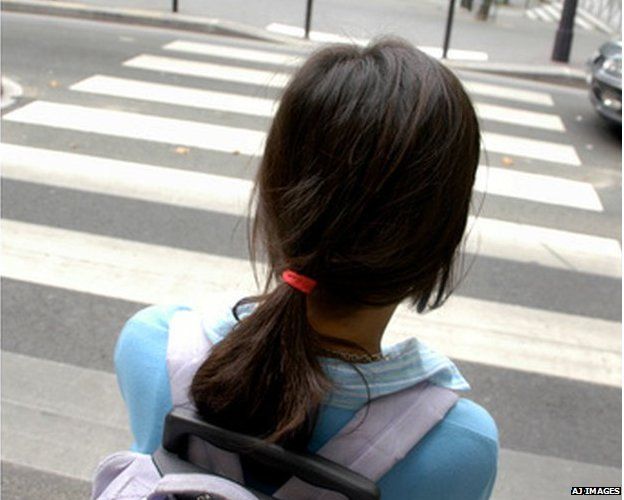 Sara, who didn't want us to use her real name or to be identified, is 24 and describes herself as British-born Chinese.

She says there's a double standard when it comes to people using the word "chink".

"It's just become such a norm that the N-word or the P-word aren't allowed but people feel they can use the C-word," she says.

"But I feel I die a little inside when some people say it.

"A lot of Chinese parenting traditionally had 'tough love' and we tend to divert a lot of negatives away and use that energy to drive us forward - but it doesn't mean we're not still hurt by the abuse."

She grew up in a coastal town in the north-east of England where there were just a handful of Chinese families. Her family ran a takeaway.

"Every night it would sound as if it was raining and it would be people throwing loads of chunks of rocks," she says.

"We'd have windows smashed, they'd literally rip the tarmac off the roads and throw it at us, they'd shout at us, maybe spit."

She says she regularly reported the racist abuse her family experienced to the police. There have been court cases but no-one has ever been convicted.

"We'd go to court, testify, but nothing would ever come of it," she says.

"It got to the point where we started losing faith in the police.

"We never had a life outside school because we daren't go outside."

Sara says every member of her family has been physically assaulted for being Chinese.

She cries as she tells us the worst moment - her mum, kicked unconscious on the doorstep of their home by a group of young men.

"As a child you think your parents are the world, they have the control, they can protect you - but when you are 13 and you see your mum kicked to the ground, I guess that perception of the world started falling apart quite quickly for me."

You can hear more of Sara's story here.

It seems her experiences are not uncommon. Police reports and research into workplaces involving Chinese people suggest takeaways are the most likely outlets where racist attacks happen. 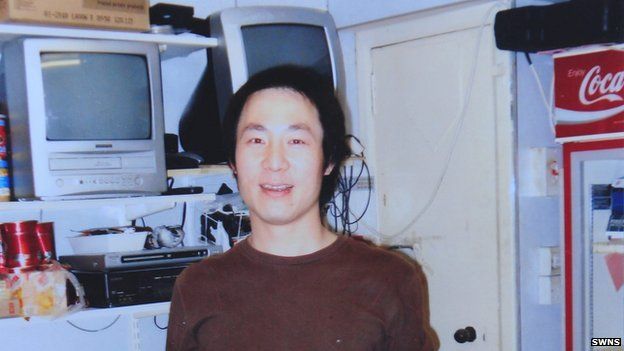 Image caption Jie Yu was attacked at his takeaway

In October 2014, Chinese takeaway owner Jie Yu was stabbed during what police have described as a racially-aggravated attack in Edinburgh.

Three men have been charged with attempted murder and have been remanded in custody.

Simon Hu, a manager at Chinese restaurants in Wigan and Liverpool, tells Newsbeat it is also common for takeaways to be vandalised.

"I think it's generally due to the young population," he says.

Although the place he's currently working at hasn't been attacked he says he's been targeted in the past.

"I have been in situations myself where I have been called names," he says. 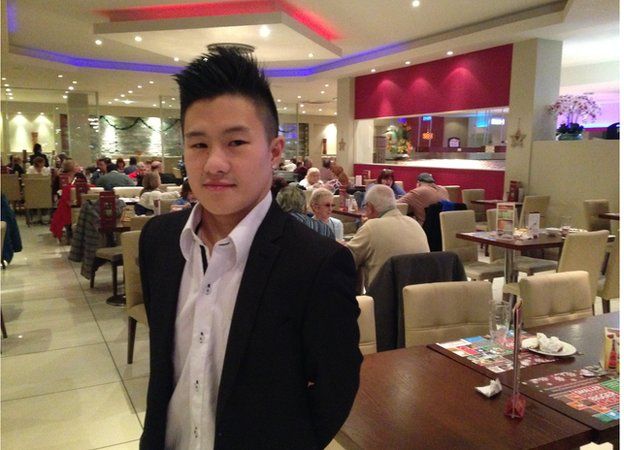 Image caption Simon Hu, is 26, and says racism is still a problem

Ronny, 25, grew up in the north east of England and says he was one of 10 or 15 Chinese people in his town at the time.

He describes his experiences growing up as "quite suppressive and humiliating".

"The first few friends that I made gave me the nickname 'chink' and I was called that for a good five years."

You get 'hey look its Jackie Chan' and they make Chinese sounds at me
Ronny, 25

As a teenager he says he experienced racist taunts every single day and one brutal physical attack.

"On my 18th birthday, at the station, three middle aged men came up to me and said, 'Oi chink, what are you staring at' before they beat me up."

When he left for university in a large city he thought he'd left racism behind but when he started work in the same region, he experienced it from a colleague.

"I felt like I'd taken two steps back", he says. "I feel like I will never really escape from racism."

"I get the occasional verbal abuse on the street - you get 'hey look its Jackie Chan' and they make Chinese sounds at me."

"I've definitely become more cynical towards other people," he says. "I still feel the air of intimidation and suppression. I still get that negative feeling around me wherever I go." 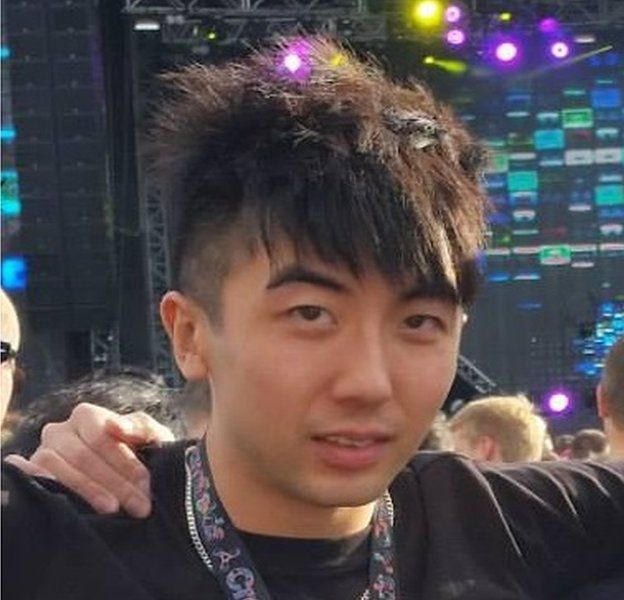 Research published last year by the British Chinese Project suggests there's a general belief in the Chinese community that reporting crime is futile, with almost half of 520 survey respondents stating they "did not trust the police to deal effectively with their case".

"It's a reasonable assumption ... that the situation has deteriorated.
Professor Gary Craig
Durham University

"Many types of hate crime are still significantly under-reported.

"We can only respond to hate crime effectively and continue to improve our approach as a service if we know about it."

Professor Gary Craig from Durham University has carried out research about the Chinese population in the UK and worries the situation is getting worse.

A study he worked on in 2009 with the charity, The Monitoring Group, suggested British Chinese people experience "perhaps even higher levels of racial violence or harassment than those experienced by any other minority group" but that the true extent to their victimisation is often overlooked because victims were unwilling to report it.

He says: "It's a reasonable assumption, based on my more recent study [out later this month], that the situation has deteriorated since then."

Even if all incidents were reported to police, official crime figures put Chinese people in a group that includes "other" ethnicities, so don't provide a clear picture. 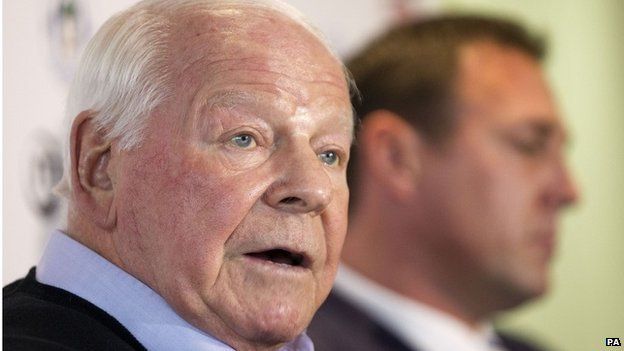 In recent weeks, the use of the word "chink" has hit the headlines.

Wigan owner Dave Whelan was fined £50,000 by the FA and suspended for six weeks after using the term in an interview and UKIP's Kerry Smith resigned as an election candidate after reports he used similar language.

Party leader Nigel Farage has since said "a lot of people" use the word.