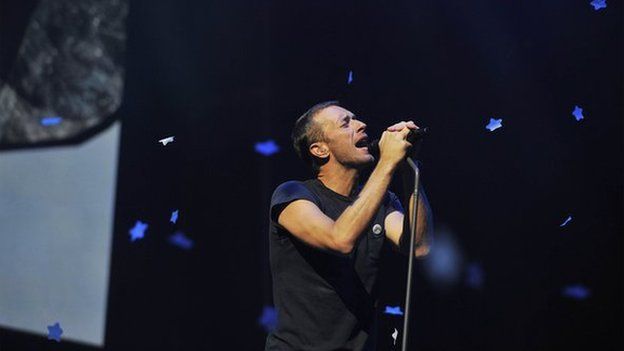 Coldplay's Chris Martin has exclusively told Zane Lowe's Radio 1 show that the band are working on a brand new album called A Head Full of Dreams.

He made the announcement after Magic was officially voted Radio 1's Hottest Record of 2014.

Chris Martin said: "We haven't told anyone this. We're making an album called A Head Full of Dreams.

"We're right in the middle of it and because it's you (Zane Lowe) and Radio 1, this feels like, Ok I'll tell you!"

He continued: "I feel a bit nervous telling you because I didn't get permission!

"But that's what we're doing. It's our seventh thing and the way we look at it is like the last Harry Potter book or something. Not to say there might not be another thing one day but this is the completion of something.

"It was great to go from Ghost Stories to go right back into the studio and now we're making things that sound different.

"I have to think of it as the final thing we're doing otherwise we wouldn't put everything into it. Then we will go on tour."

Coldplay beat Slipknot, Hozier, Eminem and the 1975 to finish top of Radio 1's Hottest Record of 2014 with Magic.

The song was released as the lead single from their sixth album, Ghost Stories on 3 March 2014.

Chris Martin said: "We're very grateful and want to say thank you to the listeners for voting." 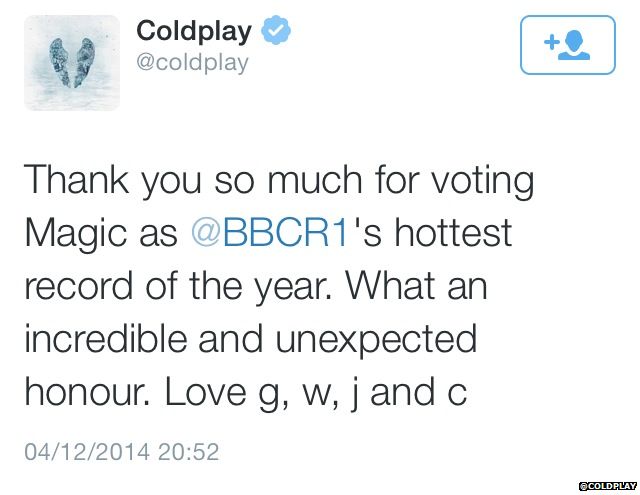 5. Slipknot - The Negative One

6. Bring Me The Horizon - Drown

7. Ben Howard - I Forget Where We Were