Troll's mum tells him to apologise after victim contacts her 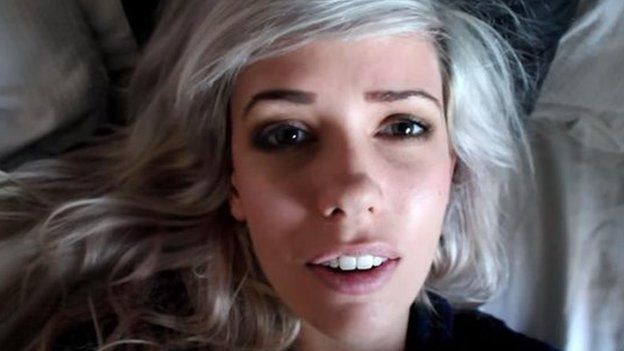 The best way to get back at someone? Tell their mum.

The 20-year-old told Newsbeat she is so shocked by the abusive messages she has been getting online that she's decided to do something about it.

"As soon as I started reviewing games in the public eye... I immediately started getting comments that were to do with sexual harassment.

"Strangers being very specific about things they'd like to do to me, which is really not very nice to read. I had a couple of rape threats as well."

She admits that the negative stuff only accounts for around 1% of the comments she receives, but feels she can't just leave it.

"It just got to a point where I was sick of ignoring this stuff and letting these people win."

Realising that some of the trolls contacting her are as young as 10, she's decided to try and get in touch with their mums to tell them what their children have been doing.

She includes the original tweets sent by their sons. So far Alanah has only received one reply from a mother. This one. 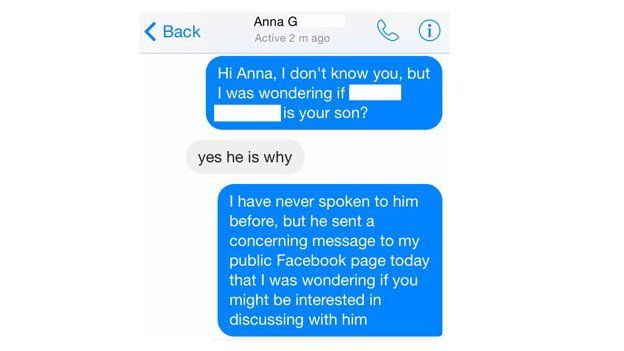 Image caption Alanah followed these texts with the abusive tweet sent by the woman's son which included a rape threat.

Alanah thinks responding to the trolls directly would not have got her anywhere.

"Responding to them is giving them what they want. It's kind of counter-productive, especially when I realised how young they are... most of these boys are 10 to 15."

This particular mum was so shocked by her son's behaviour that she has forced him to make a personal apology to his Alanah.

"She has gotten him to handwrite me a letter and she's also spoken to other parents in the community."

If that's not embarrassing enough, the boy's mum has got his school involved.

"She is going to the school to talk about online harassment and bullying and trying to make other parents more aware of what their kids are saying online."