Kawaii culture in the UK: Japan's trend for cute 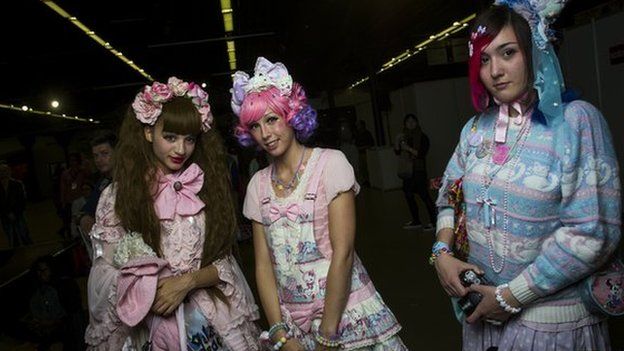 Alongside "photobomb", one of the new words added to the Collins English dictionary this week was "kawaii".

Yet unlike photobomb, selfie or onesie, you're unlikely to know what kawaii means unless you know a lot about Japan or are under the age of 25.

Officially kawaii is defined as a "Japanese artistic and cultural style that emphasises the quality of cuteness, using bright colours and characters with a childlike appearance."

For many kawaii fans in the UK it is much more than that. It is a chance to be creative, meet new friends and experience a whole different culture.

"At this age kids have grown up with Japanese culture, they play Konami games or Nintendo and are used to the anime look. They want to be like the girl in the games. Even Cara Delevingne is going kawaii, in her video for Love Magazine with all the emojis." 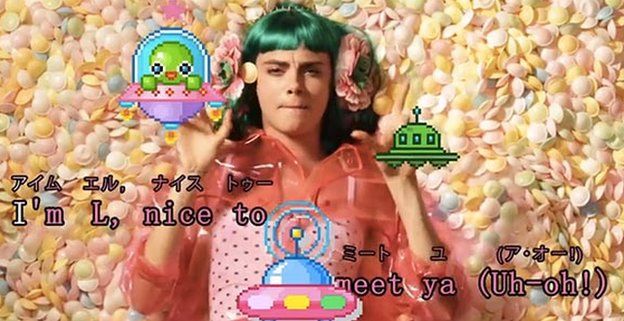 She said that though some people might not be familiar with the word kawaii, it really is all around us.

"In Harajuku in Japan [a district known for its street fashion] everything is kawaii. Even loo rolls have cute faces on them. You can get a toaster with a bear on it that will give you toast shaped like a bear's head." 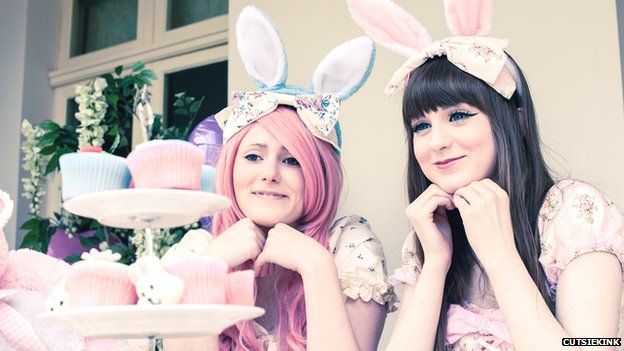 From steampunks to fairy girls, there are lots of different types of kawaii fashion, one type is called "Lolita".

Sally says some of it is based on a kind of Victorian and late Edwardian type look.

"It's not to do with the book, you ask young people, they haven't even heard of the book, it's Japan who's brought the term back to the UK," she explained.

The novel Lolita is about a man who becomes obsessed with a 12-year-old girl. 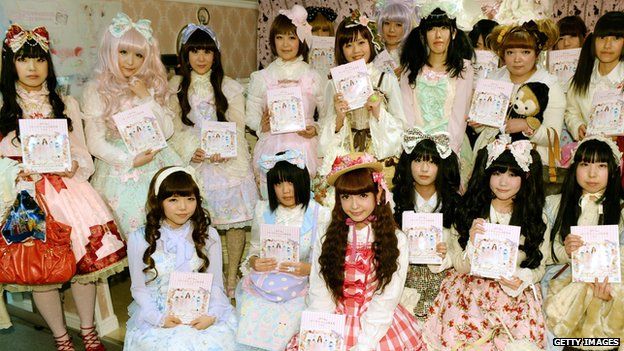 She told Newsbeat: "I love Lolita fashion but I personally don't wear it. I have my own Kawaii Style. My signature look is my big bow and poofy hair.

"Lolita is very elegant and beautiful fashion and there are rules or guidelines in how to dress in such a style, which I find admirable. Fashion changes so quickly but this feels more solid. It's all about modesty, and elegance." 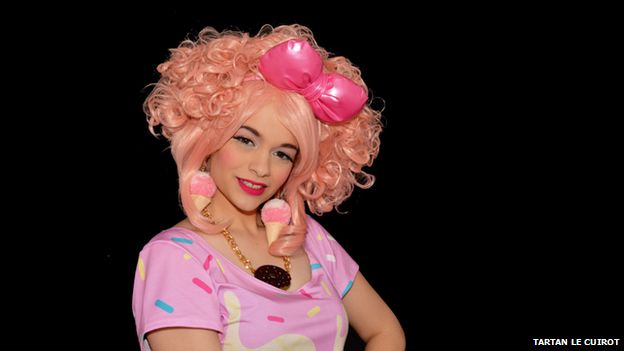 She also said it's not just for girls.

"Guys in Japan love cute stuff too. It was surreal for me to hear a grown man with a family in Japan talk about how much he loves Hello Kitty, but at the same time I admire it. It's just a different culture."

There's a social aspect to kawaii culture too, with lots of people meeting up at conventions like the MCM London Comic Con this weekend.

Tartan said kawaii is a "big thing" on social media.

"It's good because everybody is on the same level, like with any kind of interest, you just connect so quickly and you can relax and enjoy their company."