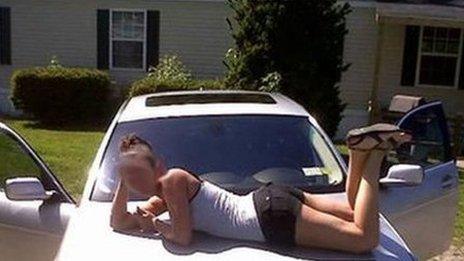 Image caption One of the images it's claimed was used in the fake account. (The BBC has blurred part of the image.)

It doesn't matter who you are, Facebook's rules must be obeyed, according to Facebook.

That's why the social network has written to the US Drug Enforcement Administration (DEA) telling them to stop setting up fake accounts.

Chief security officer, Joe Sullivan, instructed the DEA that their terms and conditions ban anyone from lying about who they are.

The DEA is part of the US Justice Department.

It is responsible for cracking down on the production, distribution and sale of illegal drugs.

The issue of fake profiles has been raised by a lawsuit brought by a women from New York, Sondra Arquiett.

In it she accuses a federal agent of creating a fake profile using her name and pictures from her mobile phone.

It's believed the photographs were taken after she was arrested on drug charges in 2010 and her phone was seized.

Ms Arquiett has claimed her identity was then used as a front to interact with "dangerous individuals". 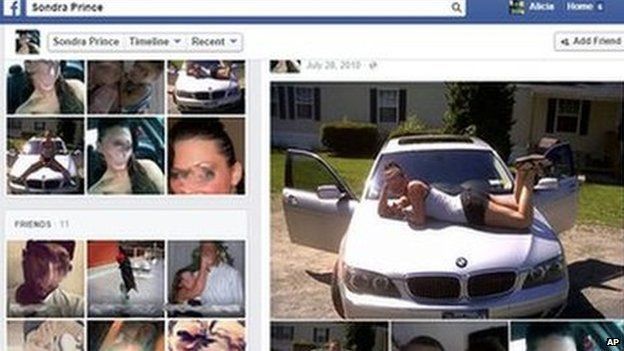 Facebook wants the DEA to now confirm they are no longer using fake accounts as part of their investigations.

In the court papers, the Justice Department defended its actions.

It said Sondra Arquiett "implicitly consented" to it using her photos and name "by granting access to the information stored in her cellphone and by consenting to the use of that information to aid it in ongoing criminal investigations".