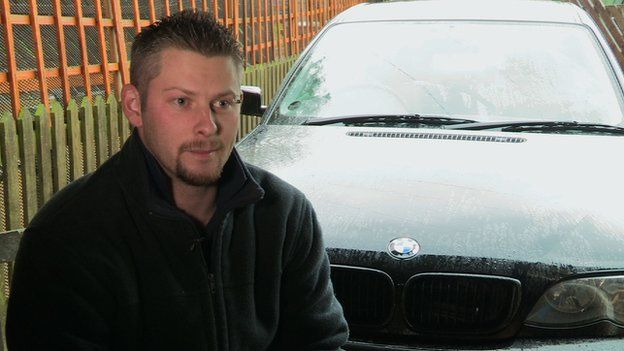 The Citizens Advice service is warning people about taking out high-cost credit such as logbook loans, in which a vehicle is used as security.

Under current laws a logbook loan is attached to the vehicle, not the person who has taken out the credit.

Even if you didn't take out the cash yourself, you could still get into trouble for not repaying it.

Newsbeat has been given exclusive figures which show nearly two thirds of young people who called Citizens Advice "in serious debt" had turned to a form of high-cost credit.

'I was seeing red' 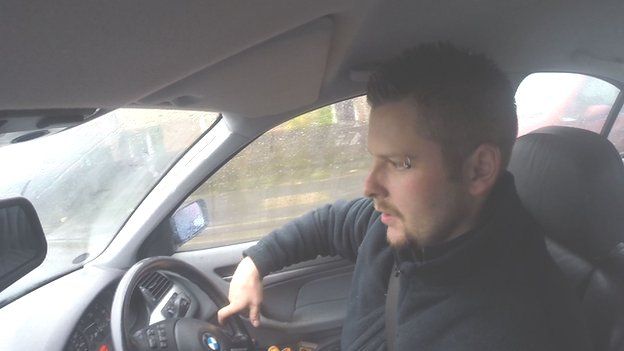 "As soon as I saw it I fell in love instantly," he told Newsbeat. "It was exactly what I was looking for."

He took out a vehicle history check which can identify if there is any outstanding finance, or if the car has ever been stolen, written off or clocked.

Some, like the HPI Check, include a guarantee, valuation and mileage information too. 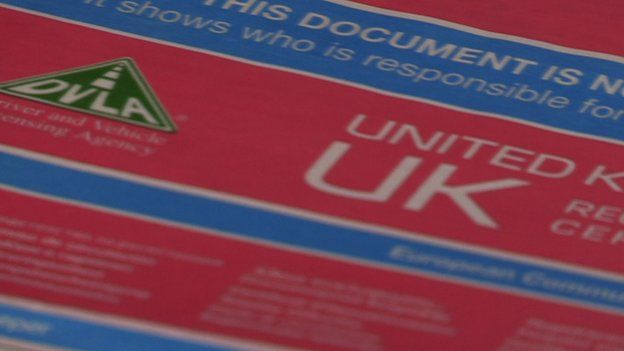 There are different types of vehicle history checks you can make. Some are cheaper than others and don't always pick up on all types of finance.

Paul says a few weeks after buying the car a logbook loan company got in touch.

He said: "I got a few letters come through the door saying, 'We've come today looking for this vehicle or payment'.

"I was seeing red. I had steam coming out of my ears.

"I've gone and paid for a car and I'm now being told it's not mine."

The car wasn't his because the previous owner had taken out a logbook loan, which allows drivers to borrow money against the value of their vehicle.

A logbook loan is similar to a payday loan and both are advertised online offering fast cash, with few credit checks.

A logbook loan has a typical APR of around 400%.

A Freedom of Information request to the HM Courts and Tribunals Service in 2011 by The Citizens Advice Bureau found there were 36,829 Logbook loans sold.

The Bureau says it expects this to go up further in 2014.

James Plunkett is head of consumer research and campaigns for Citizens Advice.

"One of the worries about these forms of credit is you get locked into a cycle," he said. "People are taking out more loans to pay off their old ones.

"Over time because the interest is so high on these loans they really add up."

These logbook loans are just one of a number of different high-cost credit loans citizens advice are warning people about.

They say young people are particularly drawn to high-cost credit. 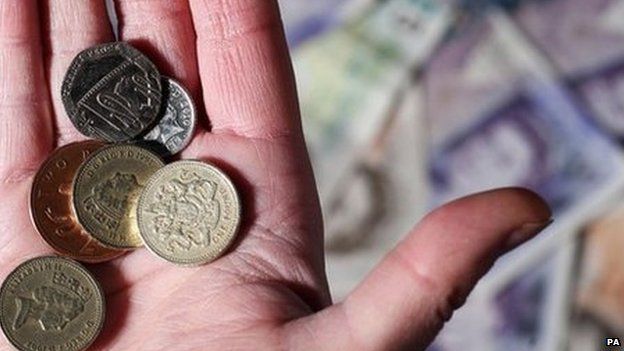 Each was classed as in "serious debt" because they had more than one loan.

Of these, two-thirds said they needed help after taking out high interest credit.

More than one-in-three people in this age group asking for help were in full-time work.

"They're very accessible," he said. "You can even get them through your mobile phones."

The law commission is carrying out a consultation on "bills of sale" which include logbook loans.

Recommendations aimed at giving consumers better protection will be published in 2016.