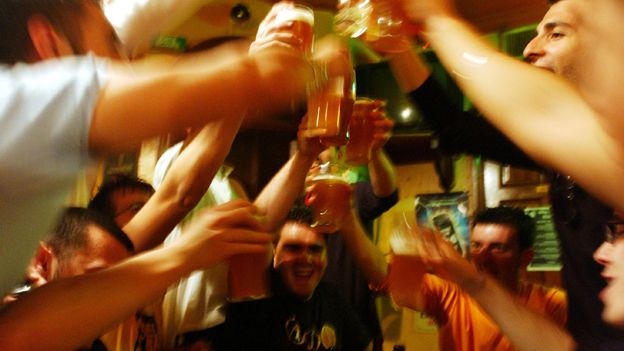 A university sports team has been suspended from playing for the rest of the academic year after calling female students "slags" and "mingers" in a leaflet handed out at a Freshers' Fair.

The men's rugby club at the London School of Economics (LSE) will no longer take part in competitions.

An investigation had been launched, after the university received complaints about the leaflet.

The club has admitted it contained "offensive and stigmatising language".

"These decisions are not easy," said General Secretary of LSE Students' Union, Nona Buckley-Irvine, about the team's ban. 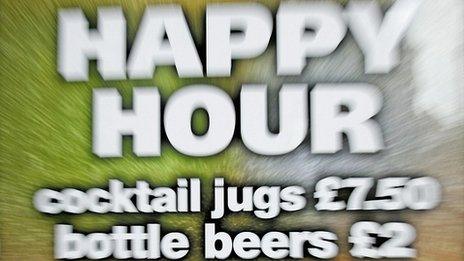 In a statement she added: "We hope that this will enable our community to draw a line under this incident, and focus on the overwhelmingly positive contribution that other sports clubs have on our time at LSE." 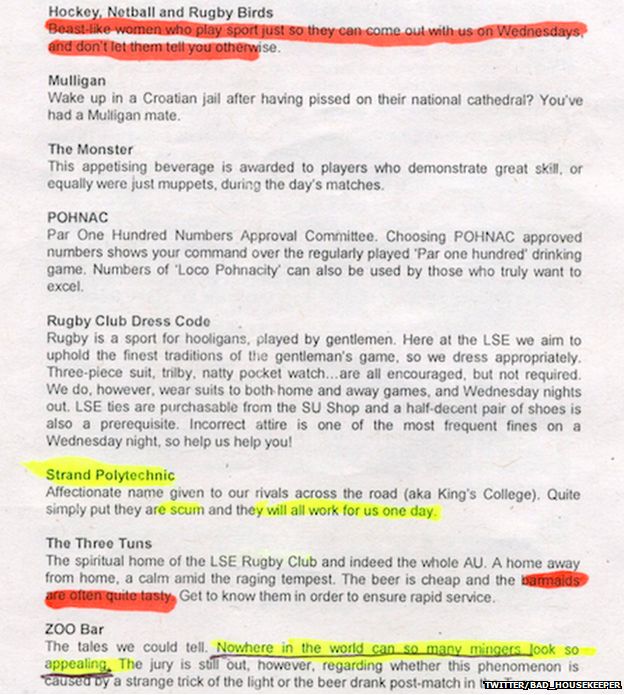 She said there had been a "thorough investigation" into the leaflet.

"Not one person within the club was willing to take personal responsibility for the booklets," she explained.

"In this case, responsibility does have to fall onto both individuals and the club as a whole, and individuals will be sanctioned separately in addition to this decision concerning the club."

The team will be launched again next year, creating the "opportunity to start anew".

The men's rugby club had previously apologised for the leaflet and said it contained "inexcusably offensive and stigmatising language".

"We would like to make it clear that this absolutely does not reflect the views and values of our club."

The leaflets were withdrawn on the second day of LSE's Freshers' Fair.

Dozens of students complained on Twitter and LSE launched an investigation into the seven-page leaflet, which also contained homophobic language.

On a page titled "Social Events" the rugby club said of initiations: "We assure you that we do not tolerate Poly (Polytechnic) activities that involve faeces, genitalia, and outright homosexual debauchery."

Another section called on club members to "see off a whole jug of vodka red-bull, get accustomed to the bouncers' hospitality, and do your utmost to pull a sloppy bird".

"What we have in this leaflet is content that mocks women, mocks women in sport, mocks people for their sexual orientation and these are really serious things," she said.

"We have these prejudices in our society and we can't tolerate things that seek to perpetuate the existing culture of misogyny and sexism.

"I'm so glad that this has come to light because it's actually something we can act on." 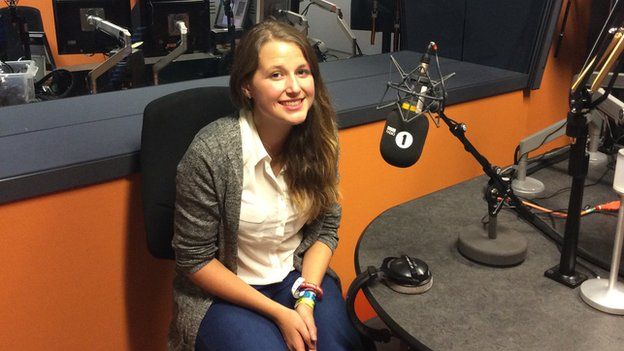 A statement, published in LSE Students' Union newspaper Beaver Online, said: "The Men's Rugby Club would like to extend a full and unreserved apology for the recent decision to publish a leaflet at the LSESU Freshers' Fair 2014.

"LSE Men's Rugby does not tolerate misogyny, racism, homophobia or prejudice of any description and the club remains committed to the LSE's equal opportunities policy. Clearly, on this occasion we not only failed ourselves, but the university which we are so proud to represent. 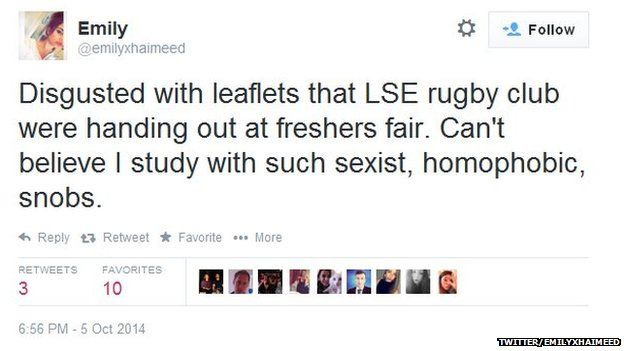 "We take full responsibility for what has happened and it has highlighted the need for any previously used club literature to be properly scrutinised before being reproduced.

"We want our club to be a safe and welcoming environment for all people - this is why we actively encourage social members.

"We have a lot to learn about the pernicious effects of 'banter' and we are organising a workshop for all our members."

The women's rugby club at LSE said it was "outraged" by the contents of the leaflet after its members, and the hockey and netball teams, were described as "beast-like women".

A statement from LSE said it was unacceptable and that the university valued its culture of "diversity and tolerance".

"LSE has received complaints that a group of students has been distributing offensive leaflets which include unacceptable misogynistic and homophobic slurs," it said.

"This incident is being investigated as a matter of priority.

"The school values its culture of diversity and tolerance; and seeks to uphold the highest possible standards of openness and respect.

"Should the behaviour of any individuals or groups be found to have fallen short of those standards, disciplinary action will be taken."

Last month universities were accused of ignoring laddish culture on campuses by the president of the National Union of Students, Toni Pearce.

A survey of 2,000 students commissioned by the NUS suggested a quarter of those polled had experienced unwelcome sexual advances.

Two-thirds had heard rape or sexual assault jokes on campuses.

LSE was recently ranked 34th in the top 200 of a global higher education league table.

American president John F Kennedy attended the university in 1935 and a host of current MPs including Ed Miliband, Stephen Pound and Stella Creasy went there.