Soon it may not just be smiley faces, big cats and a thumbs-up that you can send your friends on Facebook messenger.

Screenshots posted by a computer science student in the US appear to show cash transfers between users could be coming to Facebook.

Earlier this year the social network's founder Mark Zuckerberg said that "over time" there would be some "overlap" between messenger and payments. 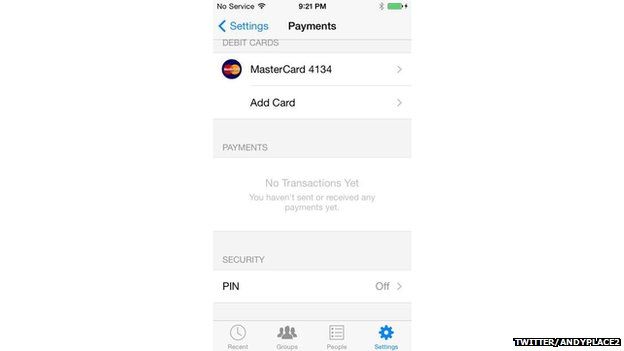 Andrew Aude, 21, posted screenshots of the payment function on Twitter.

He reportedly uncovered the facility using software which allows developers to explore and modify apps.

He added debit card details which apparently unlocked a way of sending money, just as you would a photo or emoji. 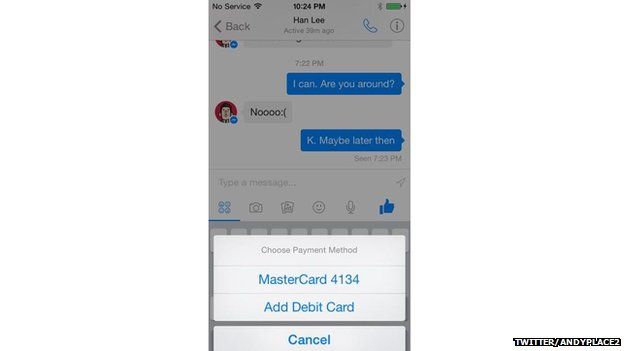 Image caption Payments would offer people a reason to use Facebook messenger app, which operates separately from the social network's main iOS and Android apps.

Speaking to investors in July, Zuckerberg warned that the company had "a lot of work to do" before offering a payments service.

"We're going to take time to do this in the way that we think that's going to be right over multiple years." 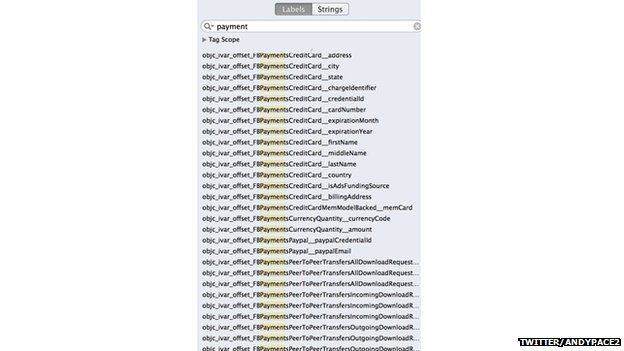 Image caption It is unclear whether Facebook would charge users for making a payment or offer the service for free.

So far these services have struggled to attract users in large numbers, particularly outside the US.

Facebook has 1.3 billion active monthly users, giving it the potential to become widely used as a payment service.

The social network has faced criticism for forcing users to use a separate app to send messages rather than the main Facebook app.