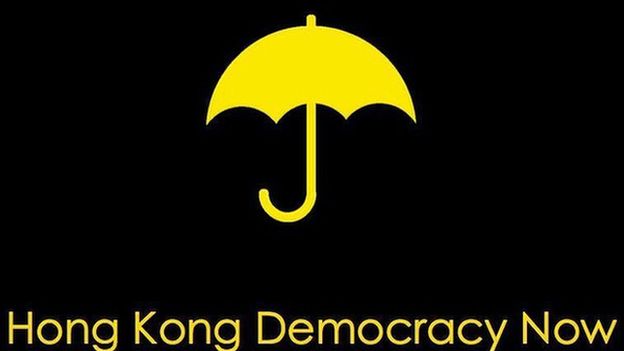 Thousands of people are protesting in Hong Kong in a pro-democracy civil disobedience movement.

The Chinese government's issued a ruling limiting who can stand as a candidate, which hasn't gone down well with pro-democracy activists.

It started off as a student protest last Wednesday but spiralled over the weekend with protestors using various Twitter hashtags including #OccupyCentral and #HKDemocracy. 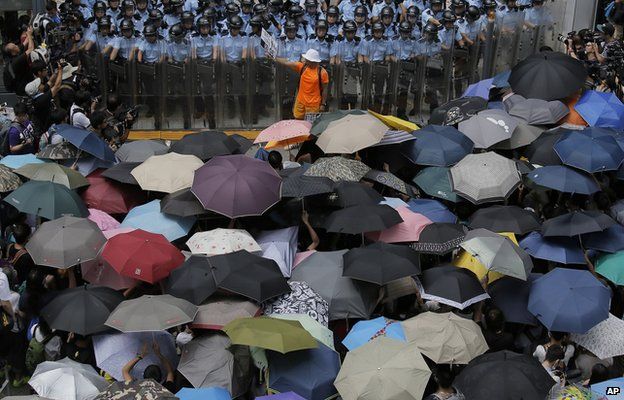 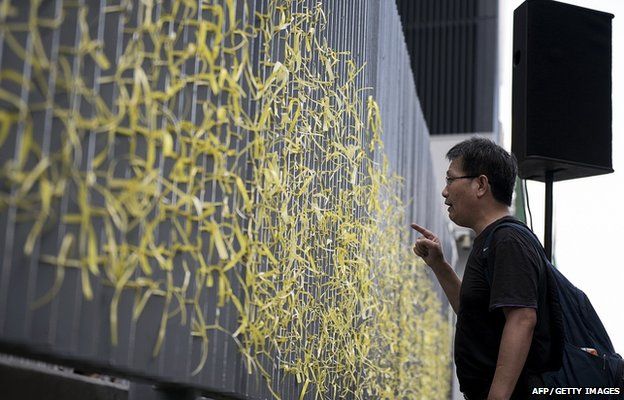 Yellow ribbons have become a symbol of the protests.

And yellow umbrellas are also being shared online after protesters used them to stop pepper spray getting in their eyes.

Dozens of protesters were arrested at the weekend.

Riot police say they used tear gas 87 times and some main roads are still blocked and schools in three areas of the city are closed.

Watch drone footage of parts of the protests. 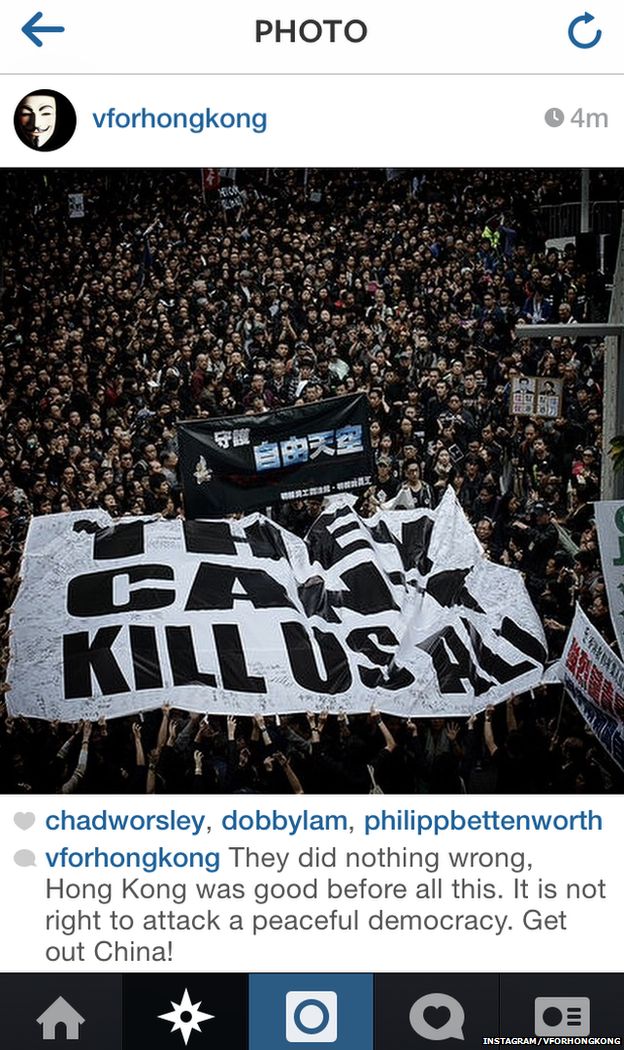 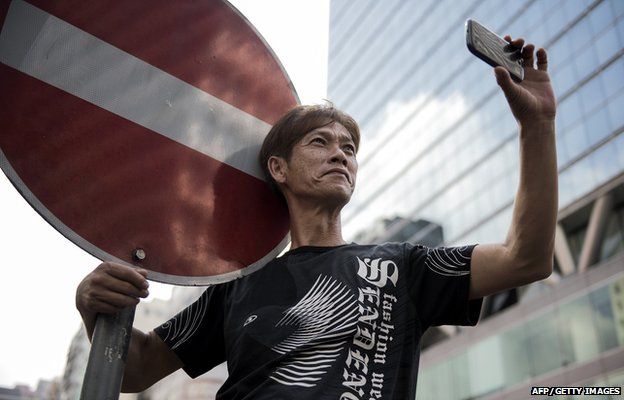 Protesters are a mix of students and supporters of the Occupy Central pro-democracy movement.

The student movements are led by Alex Chow and Lester Shum from the Hong Kong Federation of Students.

They were both arrested on Saturday but released later. 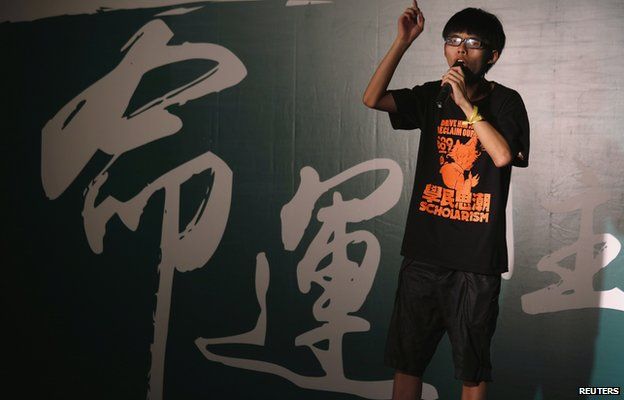 It's a movement that successfully stopped the main Chinese education system (which teaches children to be patriotic) being implemented in Hong Kong. 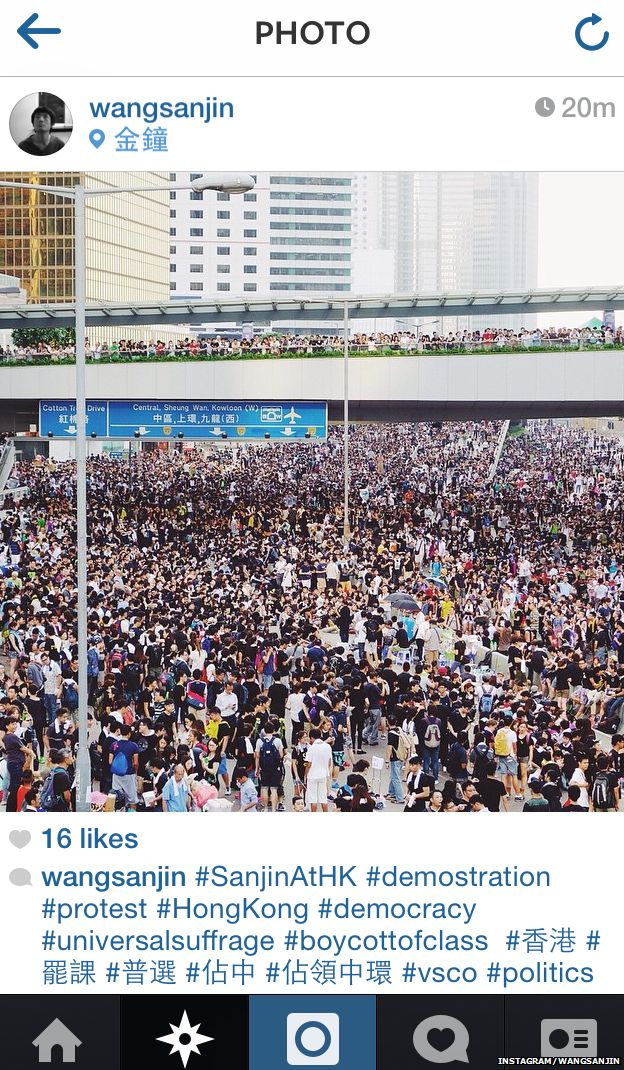 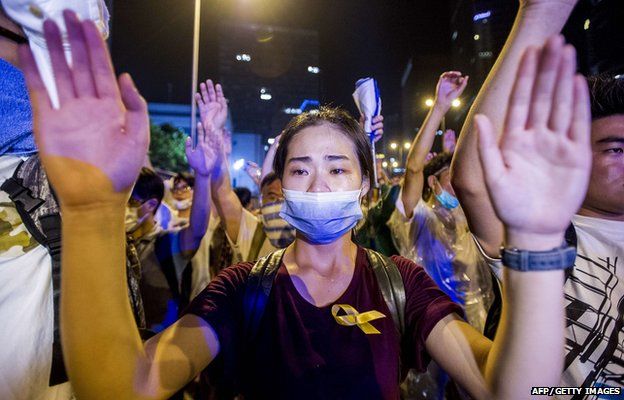 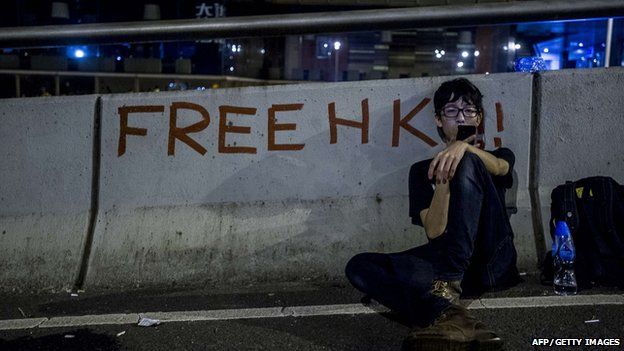 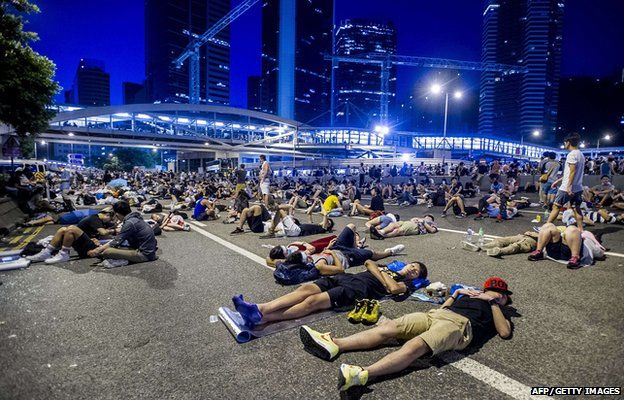 In August the Chinese authorities said they would allow direct elections in 2017 for a new chief executive, but voters will only be able to choose from a list of pre-approved candidates.

Protesters want a free choice when they cast their ballots.

The Chinese government is stopping potential protests in the rest of the country by apparently blocking Instagram and censoring internet search terms and forums discussions.

Student activist leader Joshua Wong says he managed to get 100,000 people to download a Bluetooth-powered messenger app Firechat, getting around the internet blocks. 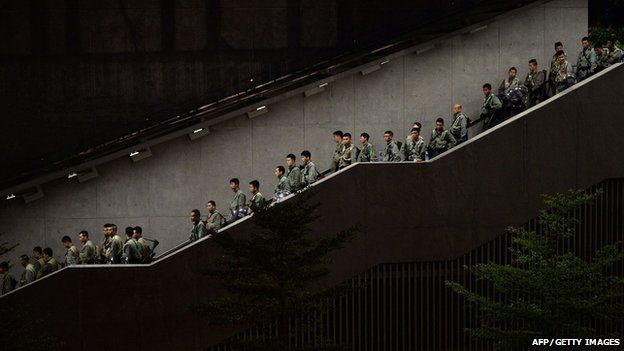 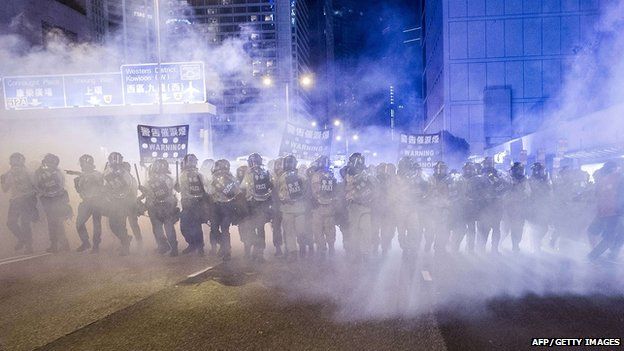 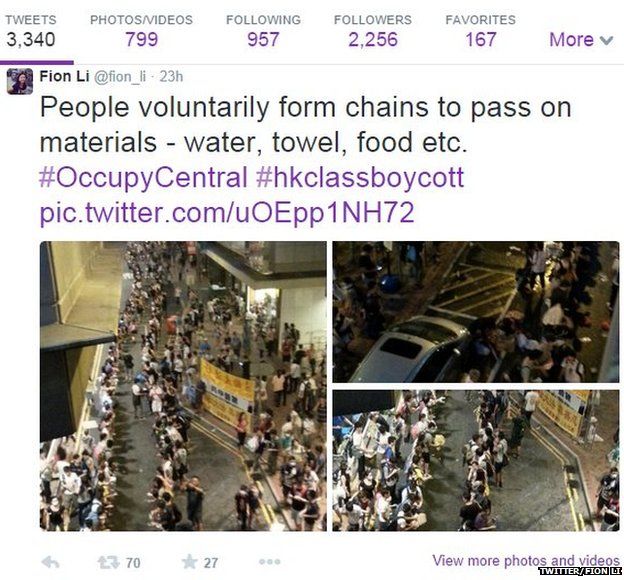 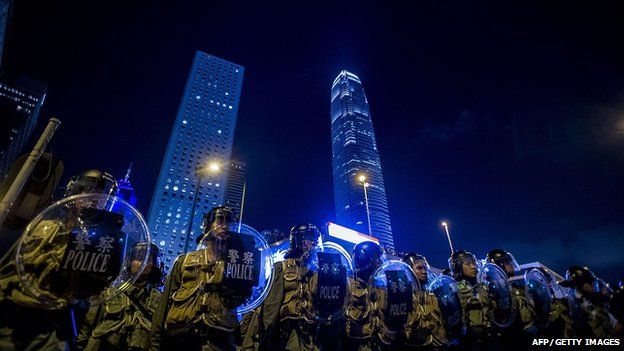 Not everyone's happy with the protests though.

There are several pro-China groups who say protestors are making their lives harder and are damaging the city's reputation and economy, as well as its relationship with Chinese authorities.

Business leaders are also generally in favour of stability. 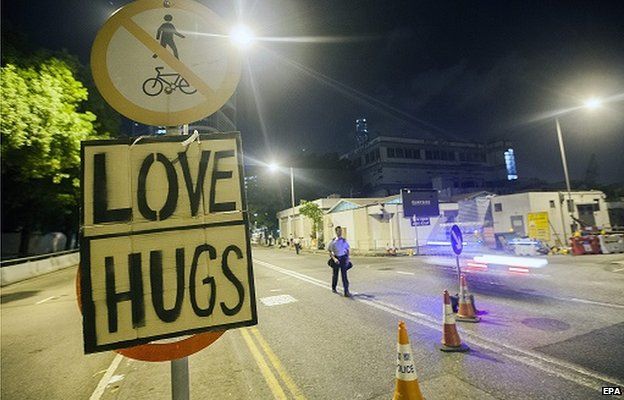 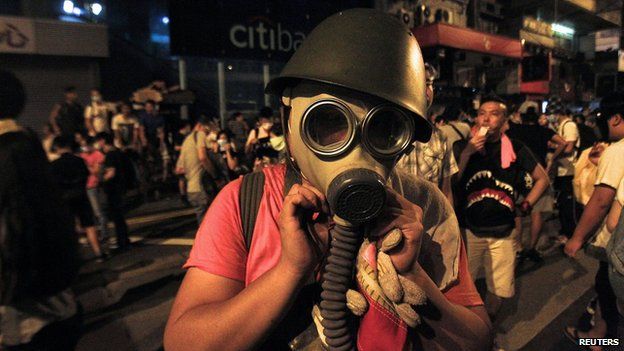 China has warned other countries not to support what it calls the "illegal rallies".

Its foreign ministry said it opposed any interference in China's internal affairs.

The British government has called for the right to protest to be protected. 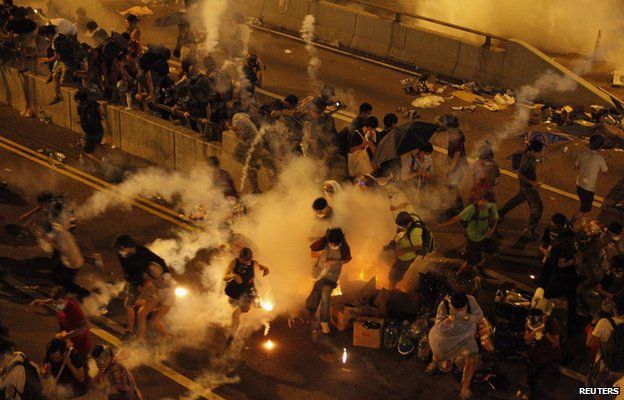 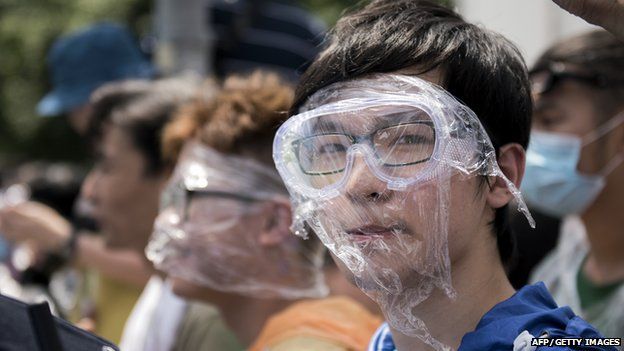