Facebook is considering flying giant drones above us as the social network "figures out how to connect the world". 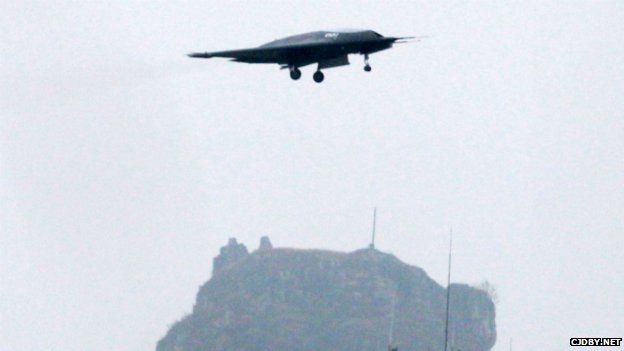 Image caption Not flying overhead just yet... this is a Chinese stealth drone

The aim is to make the internet available to two-thirds of the world's population who can't currently get online.

They say expanding internet access would create another 140 million jobs.

And they say it could help lift 160 million people out of poverty, and reduce child mortality. 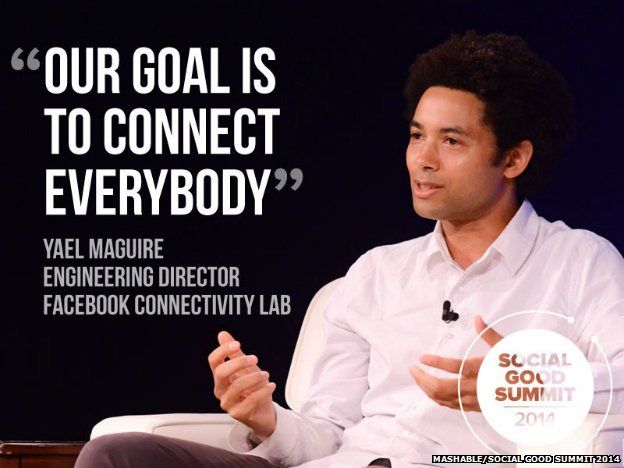 He didn't actually use the word "drone" but said that unmanned "planes roughly the size of a commercial aircraft, like a 747" would serve as huge connectivity hubs and could one day stay up in the air for months, even years, at a time.

Maguire explained: "In order for us to fly these planes we actually have to fly above the weather, above all airspace. That's between 60,000 and 90,000 feet. Routinely, planes don't fly there, and certainly not drones."

He said the aircraft will be much lighter, adding that one of the models being worked on by the Connectivity Lab is the length of "about six or seven Priuses, but is the weight of four of the tires of a Prius".

To continuously provide wi-fi coverage the planes will be powered by the sun.

Maguire added that the aircraft could be tested in the US as early as next year, although the strict rules around unmanned aircraft could slow down that process. 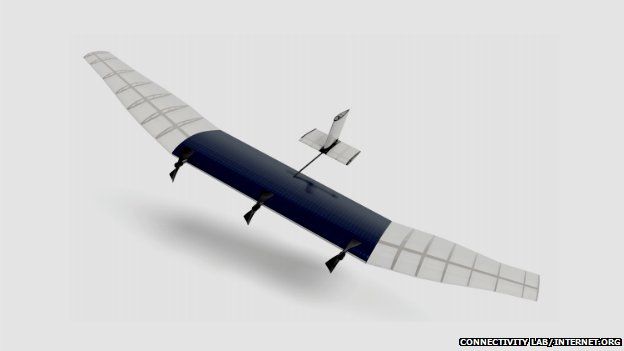 Image caption How one of Facebook's drones could look

Facebook is not the only tech firm exploring the use of drones.

Google is known to be building and testing autonomous aerial vehicles to use for goods deliveries at its secret development centre, Google X, in California.

Google is also looking at balloons to bring internet access to remote parts of the world.

DHL has begun delivering by drone to a remote island in Germany.

And Amazon has created "Octocopters" to deliver parcels to its customers in the US.