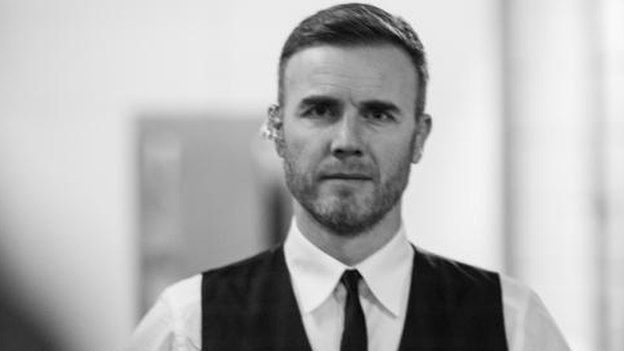 Gary Barlow has said he is working with new accountants to settle his tax affairs "ASAP".

Writing on Twitter, he apologised to any fans who were offended by stories earlier in the year on the subject.

Take That members Barlow, Howard Donald and Mark Owen and manager Jonathan Wild were among some 1,000 people involved.

They paid into schemes said to support the music industry - but a tribunal judge ruled they had actually been set up for tax avoidance purposes.

HM Revenue and Customs have said they will not "tolerate abuse of the system".

The Take That stars and their manager invested money through a company called Icebreaker.

Since March 2010, the four have been directors of Larkdale LLP - one of 50 partnerships that Icebreaker arranged to harness tax reliefs that the government had intended would support those in creative industries. 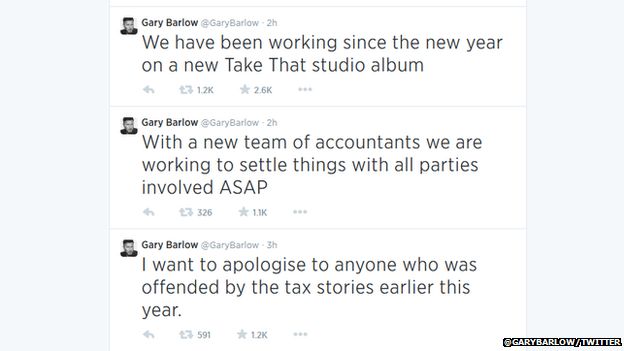 The tribunal found that shortly after money was put in to Larkdale LLP, it reported huge losses of more than £25m.

Those losses could then be offset against tax, reducing the men's tax bills.

The chair of the Commons Public Accounts Committee, Margaret Hodge, had suggested Barlow "might show a bit of contrition by giving back his OBE", after the appearance of tax avoidance stories.

But David Cameron rejected the call.

In a series of tweets, the star also said he had been working in America for the last seven weeks.

He added that he took a break from the social networking site "after someone hacked my account and some very upsetting and disturbing text was written".

But his publicist confirmed to Newsbeat that he had returned to the social networking platform. 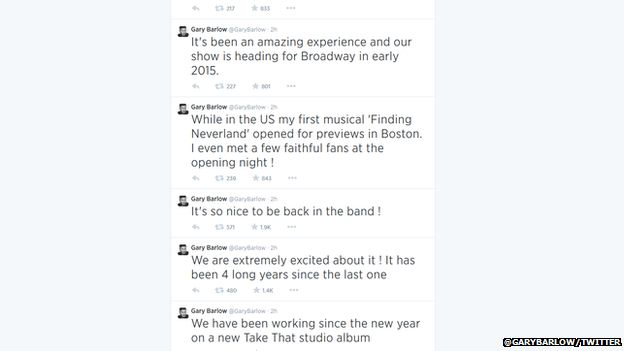 Gary added that he has been working on the musical Broadway production of Finding Neverland and tweeted he'd even met a "few faithful fans" on opening night in Boston.

Jessie J also confirmed to Newsbeat at the GQ Men of The Year awards that she has co-written a song for the production.