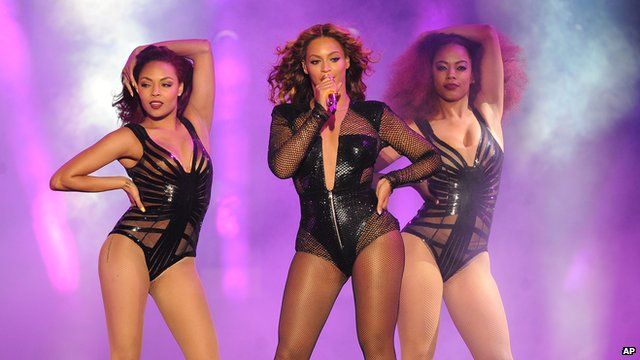 The Prime Minister has announced a pilot scheme to put age ratings on online music videos.

David Cameron mentioned it during a speech about families, and admits he has banned his own children from watching certain content online.

Only three of the major UK record labels (Sony, Warner and Universal) have signed up to the scheme, alongside YouTube and Vevo.

The pilot will begin in October with the British Board of Classification.

Parents and celebrities have often spoken out about music videos, calling many overtly sexual and lyrics too explicit.

In 2011 Gary Barlow, a father to three children, criticised "sexual" imagery in many videos.

Singer Katy B who is signed to Columbia Records told Newsbeat she thinks the ratings move is a good idea.

"I think that's amazing. I think it's good. I don't know why they haven't done that sooner," she said.

"I think that people should be able to express themselves the way that they want to," Katy added.

Because artists like Rihanna, Beyonce and Miley Cyrus are signed to the American arm of the big labels, they will not be included in the new age classifications. 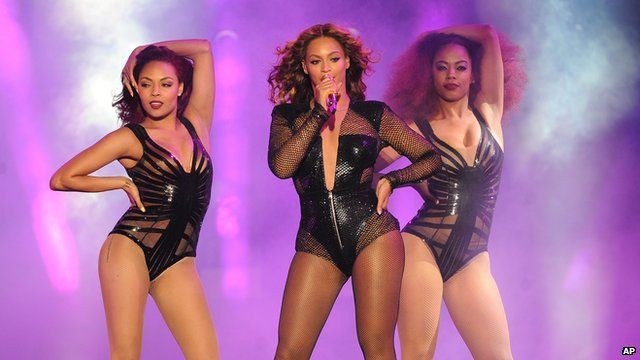 Image caption Beyonce on stage during her On The Run tour in Chicago, Illinois

The body which represents the UK's biggest record labels, the BPI, says it agrees with the government that "content is made available to the public in a responsible way".

"The BPI and its members are therefore working with the British Board of Film Classification (BBFC), Digital Service Providers (DSPs) and with the support of government on a pilot scheme that will trial age ratings for music videos released online through the UK''.

How it will work is still being developed, but the scheme will see UK record labels voluntarily provide content which will then be rated suitable for 12 or above. 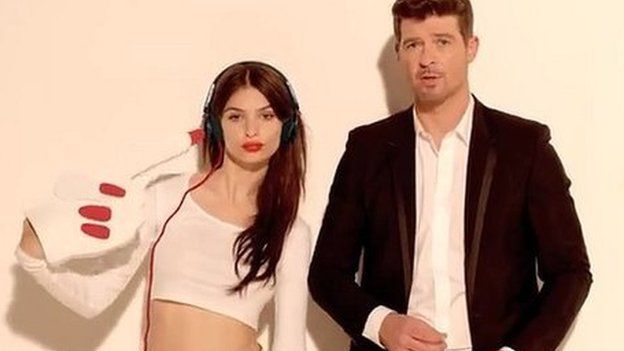 Last year, the video for Robin Thicke's single Blurred Lines was banned from Youtube because of a number of nudity.

The BPI goes on: "Labels will then include this data with a 'parental advisory' style alert in its feed to the Digital Service Providers so that users, including parents, can make a more informed viewing decision."

Vevo have signed up to the pilot but in March 2012, the boss of the site told Newsbeat he didn't think such a system could work.

Newsbeat spoke to Gennaro Castaldo from the BPI and asked if the pilot will have any impact if music videos by American artists, known for being racier, aren't certified?

"Yes it's true that a lot of music video content comes from outside the UK, but also a huge amount of music that sells well around the world does come from Britain and from British artists.

"So I think, what we do in this country is followed by other territories. So I'm sure they'll be following our pilot with interest and in due course I think they'll then decide how they want to act on that."

He added: "I think this is a really good place to start, we have to start somewhere and if we can begin here in the UK, for other territories to follow, then I think that would be a really good example too." 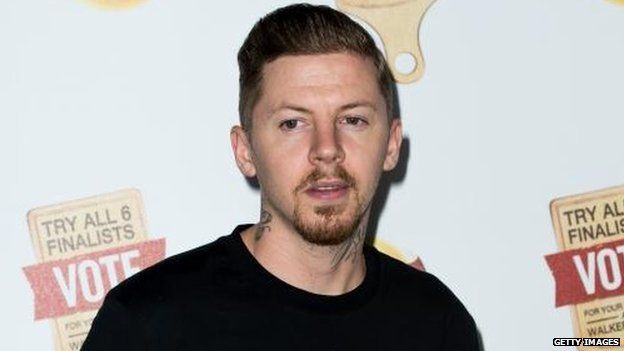 Professor Green said the move was interesting but thought it would have "a reverse effect".

"If something's got an 18 stamped on it, then kids are going to want to watch it all the more."

He continued: "They have things at their fingertips that they shouldn't. But I don't know if that's going to create any kind of problem.

"I think if anything it will just make it, 'oh, that video's an 18, I really want to see that'. It's like when a video gets banned - everyone hunts it down."