Did Babymetal invent 'cute metal' and what is it? - BBC Newsbeat

Did Babymetal invent 'cute metal' and what is it?

Having a teenage "dance and vocal group" on the same bill as Iron Maiden and Metallica might seem like a strange choice.

But Japanese band Babymetal's invention of what they call "cute metal" is starting to cause a stir in the heavy metal world.

Suzuka Nakamoto, 16, and 15-year-olds Moa Kikuchi and Yui Mizuno, formed a rock band without ever having heard metal music before.

They were chosen by a talent agency to form the "heavy music club" and Babymetal was born.

"I didn't even know what metal was all about before this," says Suzuka Nakamoto, known in the band as Su-metal. 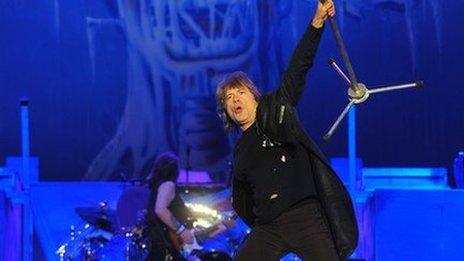 "When they told me I'd be doing Babymetal, I listened to this music and its heavy drums. I thought it was interesting and I imagined the choreography I would do."

But more than 30 million YouTube views later and a large following in their native Japan, they are on their world tour and sold out the London leg so quickly they had to change to a bigger venue. 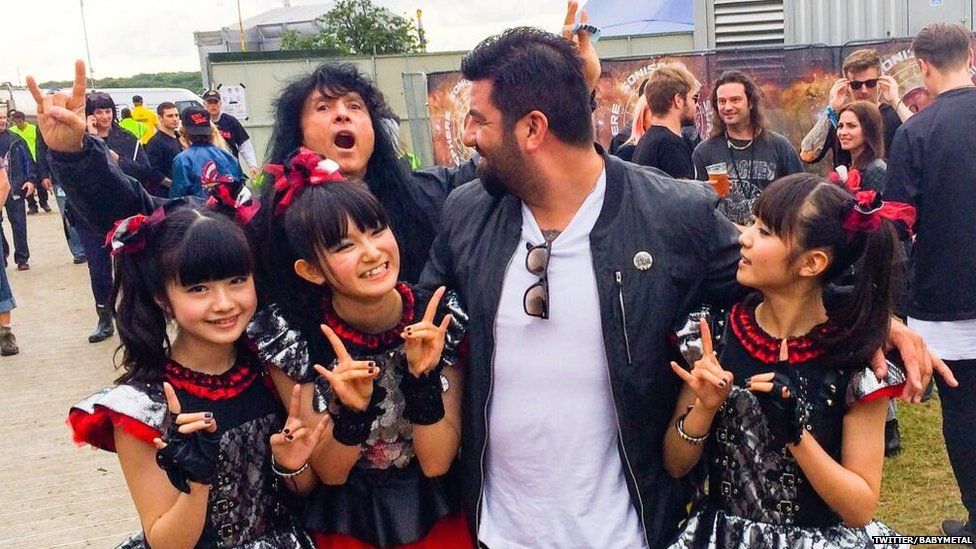 The London gig was streamed live for a Japanese audience.

Pop star Lady Gaga has also invited them to join her on her US tour.

People have discovered this on their own and they have ownership of this thing. It's suddenly become a juggernaut. I think it will also be very telling to see if it sticks around
Alexander Milas
Editor-in-chief, Metal Hammer

"To this day, it's still like a dream. We can't believe it."

Critics have been quick to point out the manufactured nature of their work and the idea that metal music is to be "lived" rather than just used as an image.

"This really should be horrible, a horrendously executed, commercialised mess with no artistic merit and no reason to listen to it apart from the novelty value," reads one review.

"Somehow though, in a bizarre twist, it's not."

With songs about the pressure put on teenage girls to remain thin, what it's like going to your first rock gig and the concept of an "ideal woman", they are definitely a step away from the usual subjects of heavy metal songs.

They have even done away with the horn hand gesture made so famous by rock music, replacing it with "the fox", a very similar gesture made to look like the animal. 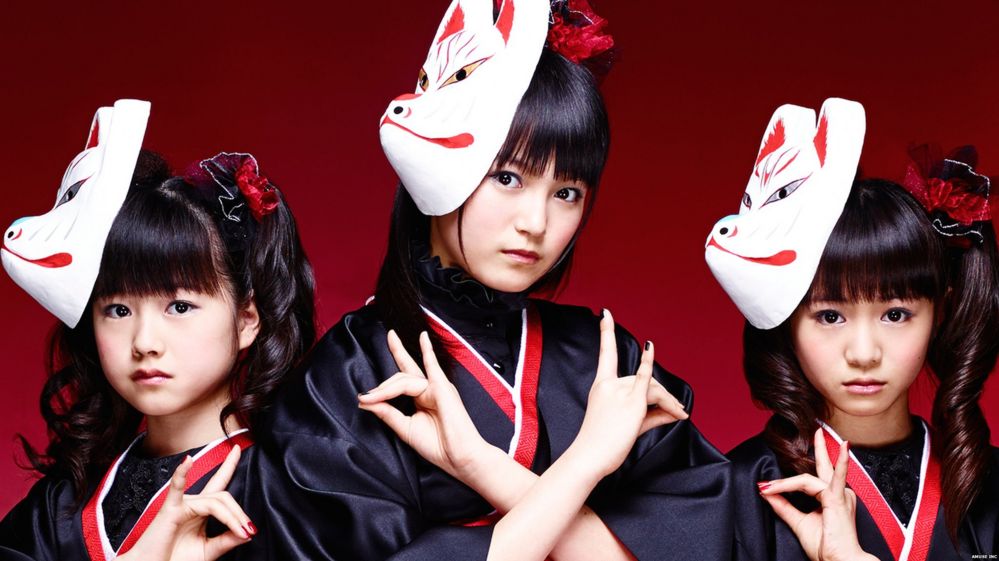 "It's a terrific barometer of how important social media is these days," says Alexander Milas, editor-in-chief of Metal Hammer magazine.

"Babymetal has descended on us from a lot of non-traditional means.

"It's not because Metal Hammer has said 'check this out' or the BBC has, people have discovered this on their own and they have ownership of this thing. It's suddenly become a juggernaut. I think it will also be very telling to see if it sticks around."

But a number of people have been critical.

Forums have called them "the definition of a gimmick", "awful" and "metal for hipsters".