Comedian tries to board England World Cup plane to Miami 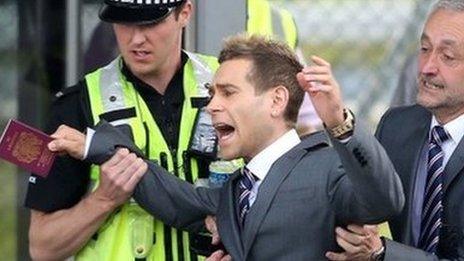 A comedian tried to join the England squad as they prepared to leave for the World Cup from Luton Airport on Sunday.

Simon Brodkin, better known as Lee Nelson, was pictured in an identical suit to the England travelling party and holding a passport.

Brodkin stood next to players and staff ahead of their flight to the US before being taken away by police.

He was dressed as another of his characters, Jason Bent, a fictional Premier League footballer. 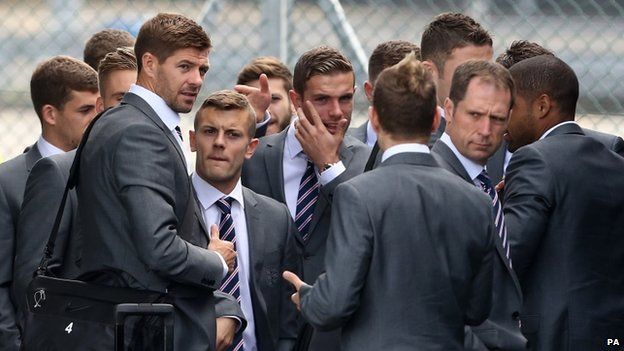 Police say he was spoken to by an officer before leaving the area.

A BBC spokeswoman told the Press Association that the stunt was not for a BBC project.

Brodkin's last attempt to mingle with players as Jason Bent ended with his arrest at Everton's Goodison Park in March last year when he joined a Manchester City warm-up routine while wearing the team's full kit before their Premier League match.

He was given a six-month conditional caution at North Liverpool Community Justice Centre last April. 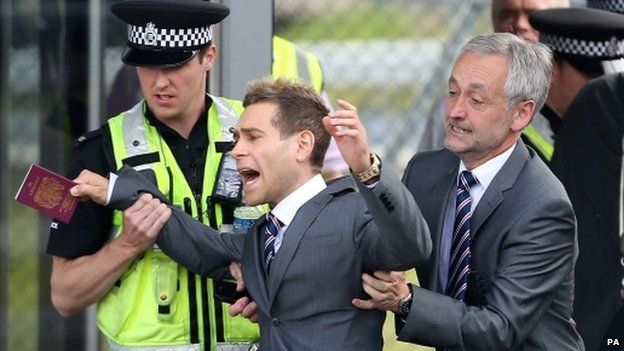 England arrived at Fort Lauderdale airport, 30 miles north of Miami, on Monday morning to begin the next phase of their World Cup preparations.

They will then play friendly matches against Ecuador and Honduras in America before their first World Cup game against Italy on 14 June. 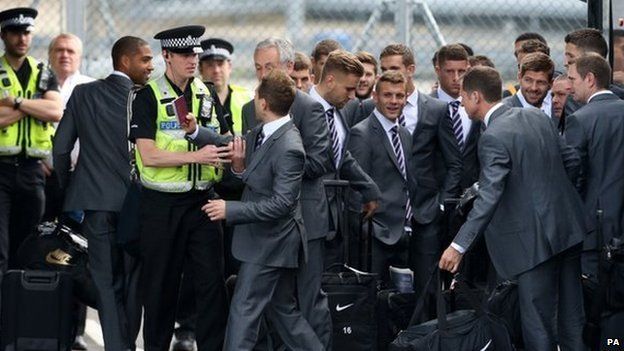 Image caption Steven Gerrard, Glen Johnson and Jack Wilshere were among the players who looked amused

The England manager has said he expects all his players to sing the national anthem in Brazil.

"You very rarely play against opponents and they haven't got their hands on their hearts and singing their anthem as loud as they can," said Hodgson.