One Direction members appear to smoke 'joint' in video

Video caption One Direction in Peru

A video appearing to show two members of One Direction smoking what they call a "joint" has emerged online.

Louis Tomlinson and Zayn Malik are heard joking about "illegal substances" as they smoke a rolled-up cigarette in the back of a car.

Tomlinson, who is believed to be filming the five minute video, is heard saying: "So here we are, leaving Peru. Joint lit. Happy days!"

Malik is then passed the "joint" and begins smoking.

The video has been published by the MailOnline which claims it was filmed on 27 April while the singers were being driven through Peru on their way to a concert at the Estadio Nacional in Lima. 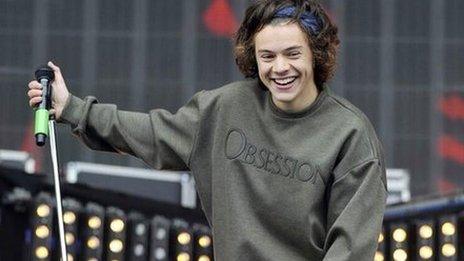 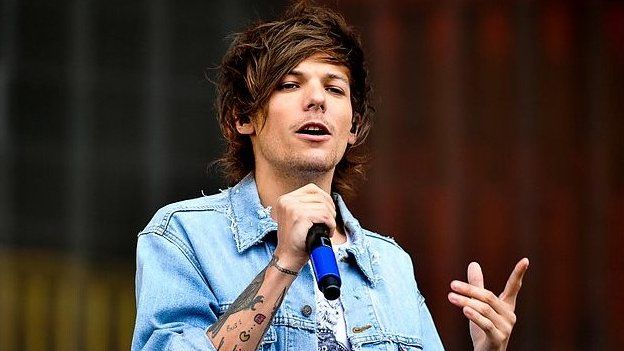 Tomlinson, who narrates the video, later pans to a police motorcyclist driving past them and laughs: "He's having a look.

"He's thinking, 'I'm sure I can smell an illegal substance in there'.

Possession of a small amount of cannabis is not illegal in Peru. 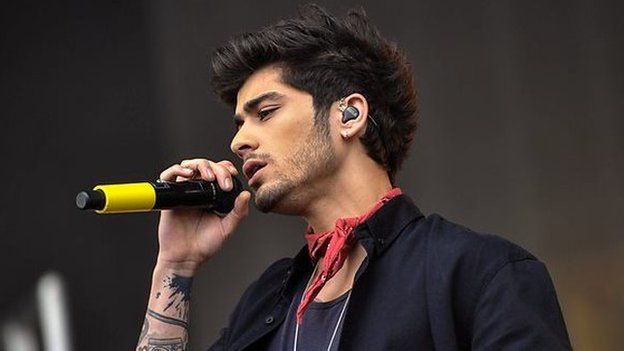 At one point Tomlinson asks his fellow band member "What do you think about that kind of content?" and Malik responds "Very controversial".

The pair also discuss One Direction's last book, with Malik describing it as "so girly and not cool".

Other band members Harry Styles, Liam Payne, and Niall Horan were not seen in the video.

One Direction's management said: "This matter is in the hands of our lawyers." 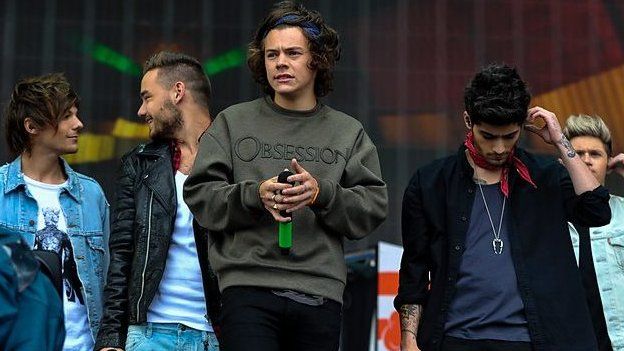 One Direction rose to fame as teenagers on The X Factor.

Their latest tour Where We Are began last month in Colombia with the band performing their first date in England as part of the tour in Sunderland on Wednesday.

While Louis wrote: "South America was amazing!! Sooooo good! Thank you to everyone!!"