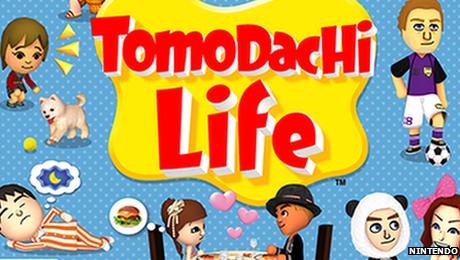 Nintendo has said sorry for not recognising same-sex relationships in a life-simulation video game.

The company claims it is too late to change the latest version.

But it said it was committed to building virtual equality into future versions. "We apologise for disappointing many people by failing to include same-sex relationships in Tomodachi Life," a statement read.

"Unfortunately, it is not possible for us to change this game's design, and such a significant development change can't be accomplished with a post-ship patch.

"We pledge that if we create a next instalment in the Tomodachi series, we will strive to design a game-play experience from the ground up that is more inclusive, and better represents all players."

The game features Mii characters, which are based on real players, living on a virtual island.

Gamers can do things like shop, play games, go on dates, get married and meet celebrities like Christina Aguilera.

He claimed he would miss out on "exclusive content" in the game because his character couldn't marry.

He said: "I want to be able to marry my real life fiance's Mii, but I can't do that.

"My only options are to marry some female Mii, to change the gender of either my Mii or my fiance's Mii or to completely avoid marriage altogether."

Nintendo said it "never intended to make any form of social commentary" with the launch of the game.

Tomodachi Life has been a big hit in Japan and the firm is set to launch the game in the US and Europe in June.