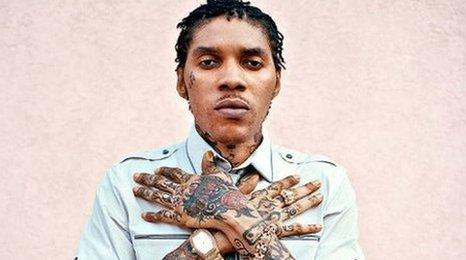 Jamaican dancehall artist Vybz Kartel has been sentenced to life in prison for murder. He won't be eligible for parole for 35 years.

A jury found the 38-year-old, whose real name is Adidja Palmer, guilty of the death of an associate in March.

Vybz Kartel is one of Jamaica's biggest music stars with hits including Clarks, Ramping Shop and Summer Time.

His success led to him launching lines of shoes, alcohol and condoms.

The singer also became the first dancehall artist to star in his own reality TV show, Teacha's Pet. 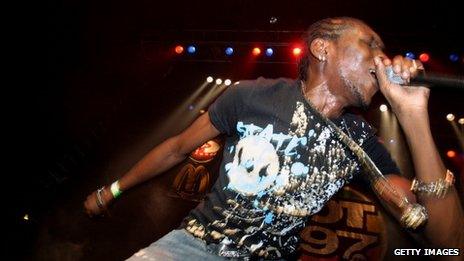 Vybz Kartel was previously arrested in 2011 on drug charges.

They were later dropped, but an investigation by Jamaica's Major Investigation Taskforce (MIT) discovered illegal firearms during a search of his house.

Police also charged him with being involved in the deaths of two men from the Portmore district of the island.

One murder case was dropped due to lack of evidence, however the musician and three other men went on trial for the killing of Clive 'Lizard' Williams. 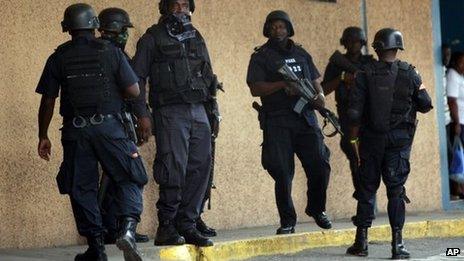 The trial lasted 65 days and was the longest court case in the history of the Caribbean island, having started last November.

A key piece of evidence was a text message said to be sent from Kartel's phone.

It claimed Clive 'Lizard' Williams had been chopped up into so many pieces his body would never be found. 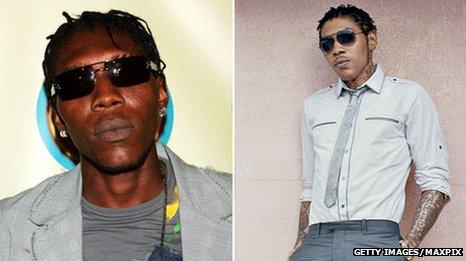 Vybz Kartel's career has never been short on controversy.

Over the years, his skin tone appeared to become lighter but the rapper always denied using skin bleaching chemicals.

Kartel instead claimed his change in complexion was due excessive time spent in air conditioned environments.

However, he has admitted to using Cake Soap - a Jamaican detergent that contains bleach. 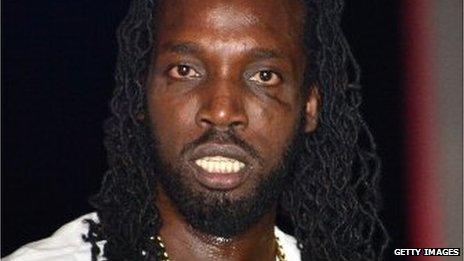 Kartel was also involved in a lyrical war of words with fellow dancehall star Movado, with the pair exchanging several diss tracks.

However, the pair called a truce in 2007 after being called into a meeting with then Jamaican Deputy Commissioner Mark Shields.

Tensions between rival supporters of the musicians often turned violent, but this stopped almost immediately after a plea from Movado and Kartel. 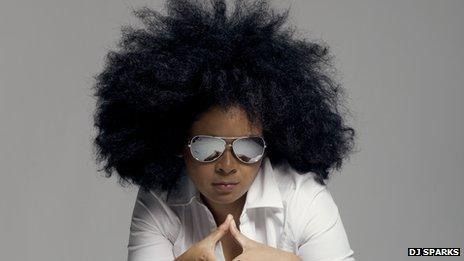 Despite being held on remand since 2011, the demand from radio stations and fans for new music has been so high that Vybz Kartel continued to record songs from his cell.

Using his smart-phone voice note feature he released singles which were later compiled into a 61-song album.

His legacy will be a mixed one. He's been able to capture the imagination of many
DJ Sparks

"If we are going to play an artist's music based on their personal lives then a lot of artists' songs wouldn't be played," said DJ Sparks who is a leading radio presenter in Jamaica.

She says she plans to continue to play music from Vybz Kartel on her show for station Zip FM.

"His legacy will be a mixed one. He's been able to capture the imagination of many.

"He studies his audience carefully and gives them what he thinks they want.

"He's not only a good writer and lyricist but he knows how to delve into the mindset of his audience."