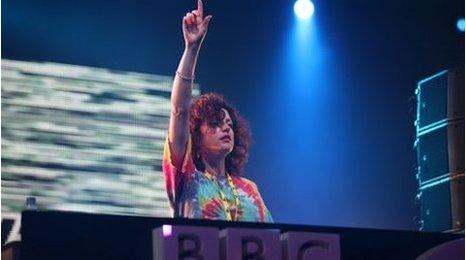 Image caption DJs Annie Mac and others will kick off Radio 1's Big Weekend in May.

50,000 free tickets for this year's Radio 1 Big Weekend were snapped up in just over half an hour on Monday morning.

The annual event is being held in Glasgow on 24 and 25 May with many tickets going to local residents.

There is no charge for the event itself, but a fee of £2.50 per ticket covered ticket handling, postage and other associated costs.

Jason Carter, head of live music and events at Radio 1, said: "Radio 1's Big Weekend is the network's flagship event and every year delivers a stunning artist line up.

"The event's reputation is such that every year ticket demand is huge.

"We are not surprised that once again tickets have gone so quickly".

They will be joined by some of the world's biggest DJs on Friday, 23 May to host the event for 14,000 music fans live from George Square. 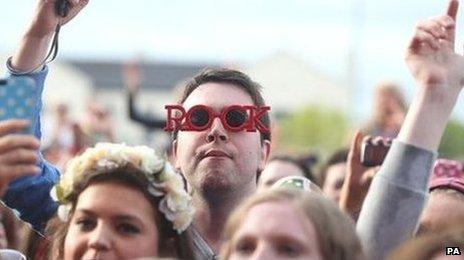 Radio 1 DJ Annie Mac said: "Glasgow crowds are known the world over for being special in terms of the energy they bring.

"It's such an honour to start the weekend with my fellow Radio 1 DJs in the iconic George Square. We're going to bring some serious DJ names with us.

"It's going to be a night to remember." 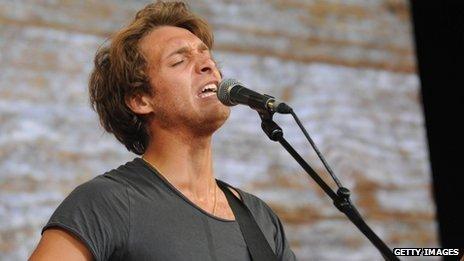 This year the station's flagship event will be held at the city's Glasgow Green. The city will also host the Commonwealth Games this summer.

In the lead up to Big Weekend, BBC Radio 1 and BBC Learning will also open the doors to Radio 1's Academy from 10-16 May.

During the week, Radio 1 hopes to inspire local 16 to 19-year-olds by inviting them to attend a series of radio shows, master classes and Q&As.

Big Weekend, which will be produced in partnership with Glasgow City Marketing Bureau, will be broadcast live on Radio 1, 1Xtra and streamed on the Radio 1 website.