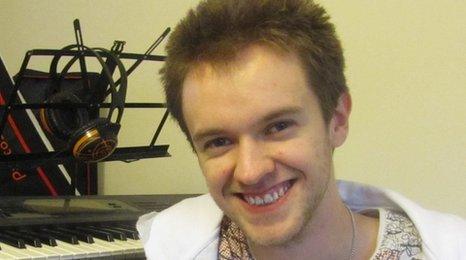 YouTube star and musician Alex Day has ended his relationship with his record label after admitting to "manipulative relationships with women".

His actions come after several vloggers were accused of conducting inappropriate relationships with fans.

Day has denied any sexual contact with underage girls and said all his partners said they consented to sex.

"I created situations that put people under enormous pressure," the 24-year-old said in a statement on Tumblr.

"In my sexual experiences with people, nobody ever outright told me, 'No, stop' or pushed me away, or I'd immediately have stopped doing whatever we were doing.

"The model of consent that I followed, not that I specifically thought about it at the time, was that only, 'no' meant, 'no'. That is not what consent is."

In a Tumblr post the day before, Day had said he had made mistakes in his relationships, including being "rude or mean to people" and being unfaithful, adding that he was "terrified" that he had misinterpreted signals from people.

Day, who is originally from Essex, had been represented by DFTBA, the online record label co-founded by the vlogbrothers Hank and John Green from America. 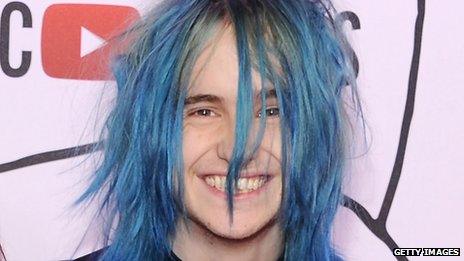 Image caption Tom Milsom rose to fame on YouTube with his vlog and has 115,000 subscribers

John Green is an established author whose novel The Fault in Our Stars has been adapted into a film due out later this year.

"I've asked DFTBA to take my merch [merchandise] down from their site," said Alex Day.

"I know they've been unsure of what to do since I asserted earlier that I didn't do anything wrong. But I realise now that I did, so I assume they'd want to take it down anyway."

The model of consent that I followed, not that I specifically thought about it at the time - was that only, 'no' meant, 'no'. That is not what consent is
Alex Day

A fan and former partner has accused Milsom, 24, of having sexual contact with her when she was below the age of consent in her place of residence.

"Sexual relationships need to be equitable and they can't be when people are in dramatically different life stages or when one person enters the relationship as a fan of another," said Hank.

"Tom was my friend. I looked up to him. I trusted him. I am furious."

His brother John reposted his statement and added his own comments, saying: "I don't know how to feel about this stuff except sad and angry, but I want to be public about my sadness and anger, because I don't want to let this go unacknowledged." 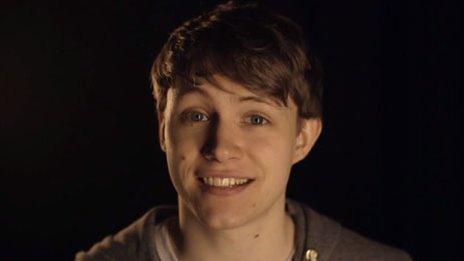 Tom Milsom has not commented publically on the accusations.

Last week a number of high-profile YouTube stars launched a campaign with the government to tackle issues such as consent, sexting and controlling behaviour.

The videos were part of the This is Abuse campaign, which seeks to raise awareness of what a damaging relationship looks like and were specifically aimed at teenage boys.

Jamal Edwards, Mandem On The Wall and Charlie McDonnell all featured.

McDonnell, who used to share a house with Day, has since released a statement about his behaviour.

"In the time that I knew Alex, I never had any notion that the girls he was with were anything other than happily consenting to being with him," he said.

"The idea that anything contrary to that was going on behind closed doors makes me incredibly unhappy, and with that, I just don't feel able to call Alex a friend of mine any more."