Children watch less TV than adults, according to report 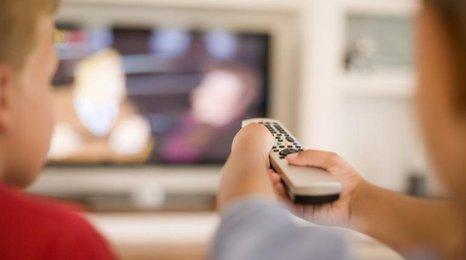 Children watch an hour and a half less TV than the national average, a new study has found.

Even though almost half of all children aged five to 15 use a PC or tablet to watch TV, nearly all (98%) spend time sitting in front of the traditional living room TV set.

According to a new report, children still rush home from school to watch their favourite programmes.

It also discovered an increase in the size of televisions at home.

The data, from TeleScope 2014 and carried out by TV Licensing, found that children spend two hours 23 minutes a day watching TV, an hour and a half less than the national average of three hours 55 minutes.

TeleScope is the annual TV industry report produced by TV Licensing which looks at the UK's television viewing habits annually.

Families are now leaning towards a larger screen with seven in 10 sets sold classified as 'big' (between 26" and 32") and jumbo screens (43" plus) now accounting for nearly 16% of sales.

The head of revenue management at BBC TV Licensing, Pipa Doubtfire, says that the television is still a central part of home and family life.

"The families we spoke to during our research for TeleScope 2014 had a wide variety of viewing habits, but all found TV programmes had the ability to bring the family together," she said.

"It was also fascinating to see, despite children having more devices and more ways in which to consume their favourite shows, the traditional TV set and live viewing are still the overwhelmingly most favoured methods.

"With so many ways to watch TV, it's important to remember a TV licence is needed to watch programmes online via your computer, laptop or tablet as they're being shown on TV."